So, what’s Larry Ellison going to do with 400 feral cats? 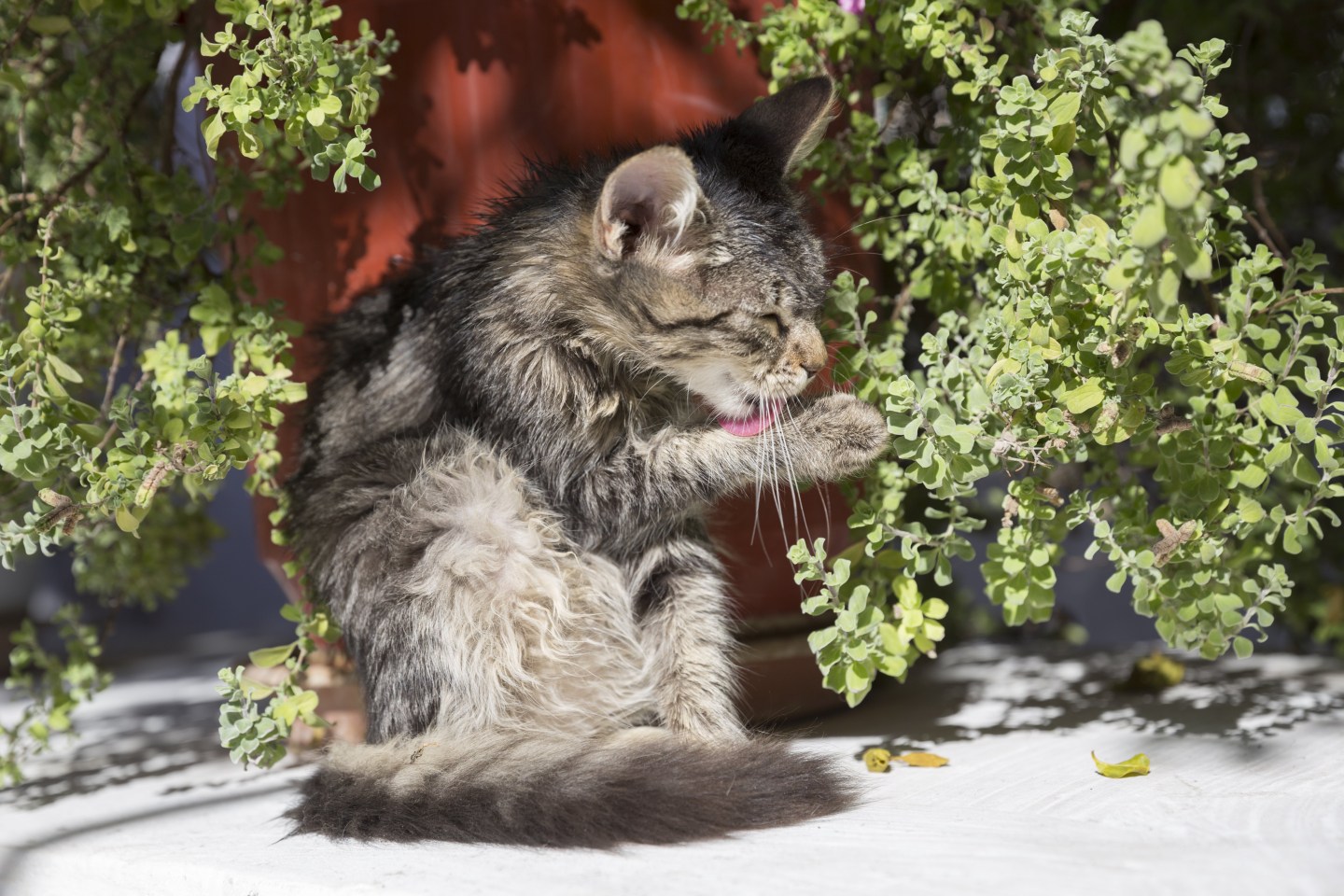 Most everyone who follows technology or billionaires, or both, knows that starting in 2012 Oracle(ORCL) chairman Larry Ellison purchased his own Hawaiian island—Lana’i—for somewhere between $300 million and $600 million.

What most probably didn’t realize until this Buzzfeed story, was that by virtue of that deal, he now also owns some 400 feral cats and the shelter that’s caring for them.

Pulama Lana’i, the development company drawing up plans for the 97% of Lana’i that Ellison owns, says the goal is to build a sustainable enclave replete with solar power, organic farming, and state-of-art natural resource management. But there has been no mention about what will happen to the felines.

Even cat lovers acknowledge that un-spayed or un-neutered cats are a problem for the overall ecosystem. Cats, after all, like to hunt, which spells trouble for wildlife, and there are protected species on Lana’i. The story credits Kathy Carroll, a Chicago transplant, for helping round up cats for neutering and driving the creation of the Lana’i Animal Rescue Center to continue that work and serve as home to the aforementioned 400 cats.

An Oracle spokeswoman would not comment on Ellison’s plans for Lana’i or what Carroll calls the “Lana’i lions.” But a source, who would not speak on the record, said the billionaire, sometimes likened to Dr. Evil due to his quest for software domination, has a soft spot for—you guessed it—cats. (Come to think of it, Dr. Evil had Mr. Bigglesworth, but I digress.)

Ellison has a couple of cats now, including one of the Maine coon variety, a source said. And Buzzfeed pulled an anecdote from a 1997 Ellison biography in which Ellison’s first wife said he had to take two weeks off to mourn the death of his cat Yitshak. During that time he was “nonfunctional,” she reported.

More recently, Ellison also contributed significant funds to the Burlingame, Calif.-based Peninsula Humane Society to build a wildlife refuge nearby. And guess what? PHS is sending money to the Lana’i Animal Rescue Center.

Reading those tea leaves, animal lovers hope that the 400 cats of Lana’i will be in good hands.