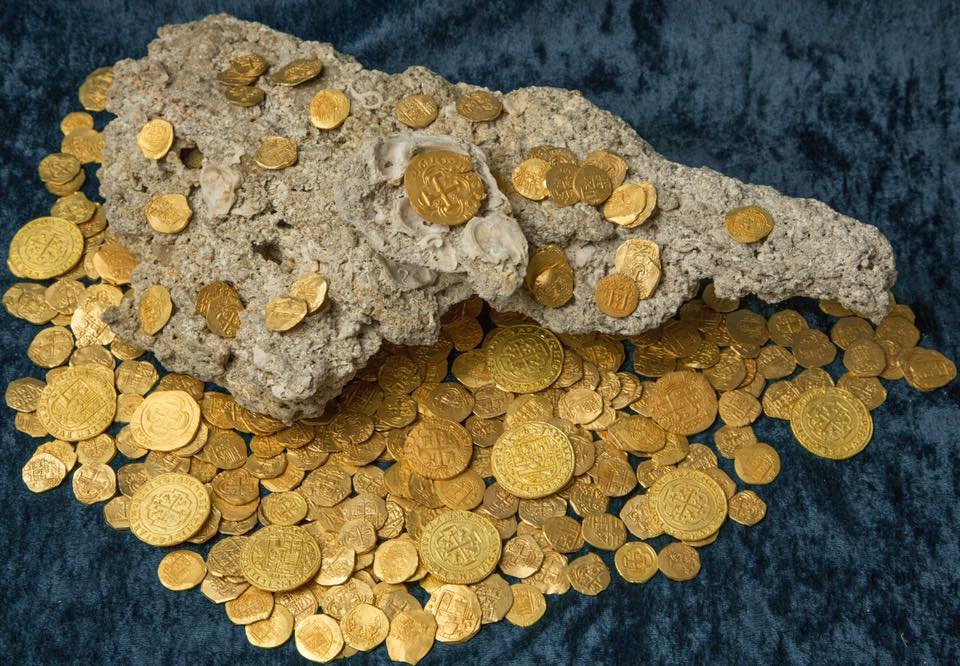 Divers from the U.S. just found a $4.5 million treasure trove in the depths of the ocean off Florida’s coast.

The group uncovered 350 gold coins from a Florida shipwreck from 1715, according to CNBC and Florida Today.

The publications reported that some of the gold coins were made for Spain’s King Philip V. The gold coins have an estimated worth of $300,000 each.

In fact, the $4.5 million haul may be just the beginning. There are reportedly 11 sunken ships that were lost at sea in 1715 carrying an estimated $400 million in loot. As CNBC reported, the ships were traveling from Cuba to Spain and 1,000 people died when the ships sank.

As the news organization notes:

1715 Fleet—Queen Jewels, LLC holds the salvage rights to the wreckage. Brent Brisben, one of the company’s owners, led the divers that came upon the treasure.