Take a look inside Banksy’s ‘Dismaland’ 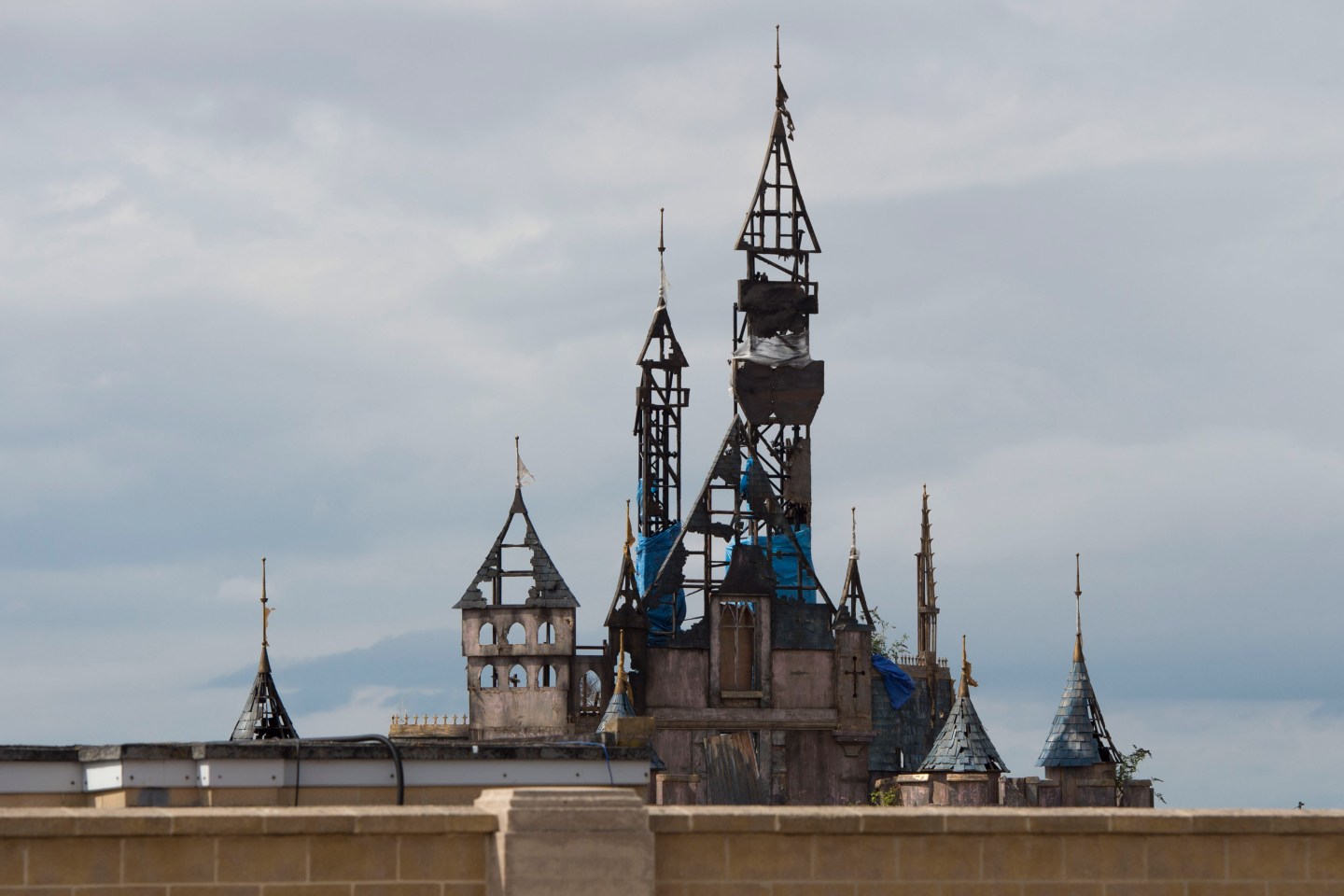 WESTON-SUPER-MARE, ENGLAND - AUGUST 20: Part of an installation is seen at Bansky's 'Dismaland' exhibition which opens tomorrow at a derelict seafront lido on August 20, 2015 in Weston-Super-Mare, England. The show is Bansky s first in the UK since the Banksy v Bristol Museum show in 2009 and will be open for 5 weeks at the Topicana site. (Photo by Matthew Horwood/Getty Images)
Photograph by Matthew Horwood — Getty Images

At Dismaland, a decrepit castle looms in the middle of the park, some of the spires only half-constructed. Inside, Cinderella is draped out the window of her carriage, mangled after an accident. Paparazzi bulbs flash.

The rest of the theme park is equally distressing: ponds with motor boats full of destitute refugees, a game in which visitors try to hook oil-covered ducks out of a pool, and a carousel in which one passenger prepares to make lasagna out of one of the horses. “Dismaland” is the latest art project created by Banksy, a secretive graffiti artist and political activist. It opens to the public on Saturday after months of secrecy at a dilapidated seaside resort in Weston-super-Mare, England.

The park includes the work of over 50 international artists, such as Jenny Holzer and Damien Hirst. “”I seem to have reached the point where an art show is more interesting the less I’m in it,” Banksy told Channel 4 News in the UK.

Many of the exhibits in Dismaland are subversive, anarchic twists on Disneyland imagery, especially the central castle. According to Dismaland’s website, legal representatives for Disney are “strictly prohibited.”

“It’s a theme park whose big theme is – theme parks should have bigger themes,” Banksy said in a press release.