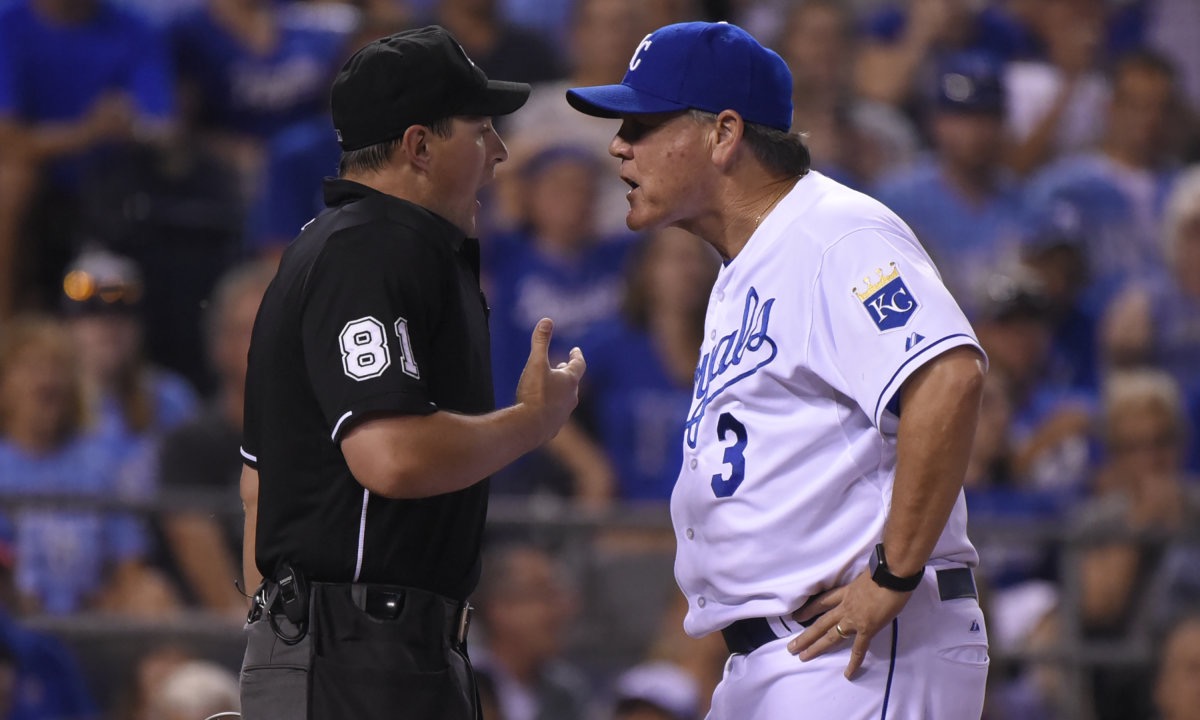 The irony was delicious.

For his coaching duties at the All Star Game, the oldest major professional sports league in America and Canada gave Kansas City Royals manager Ned Yost a thoroughly modern gift: An Apple Watch.

Then when he was spotted wearing it on the field, Major League Baseball warned Yost not to use it during games.

“When you’re away from your phone, all it is is a watch,” Yost told the league, according to Andy McCullough, the Kansas City Star’s beat reporter.

That explanation carried the day, according to Engadget; Yost is still sporting his space gray Sport.

But the issue may arise anew this fall, when a new operating system will allow Apple Watches to connect to paired iPhones via known Wi-Fi networks.

The whole debate feels awfully anachronistic in this age of Moneyball and Sabermetrics. MLB coaches are allowed to consult phone book-size stat books on any subject they choose, but the same stats on the Internet are forbidden territory. The only phone allowed in the dugout is the one hardwired to the bullpen.

Professional football doesn’t play by those rules, why should baseball?