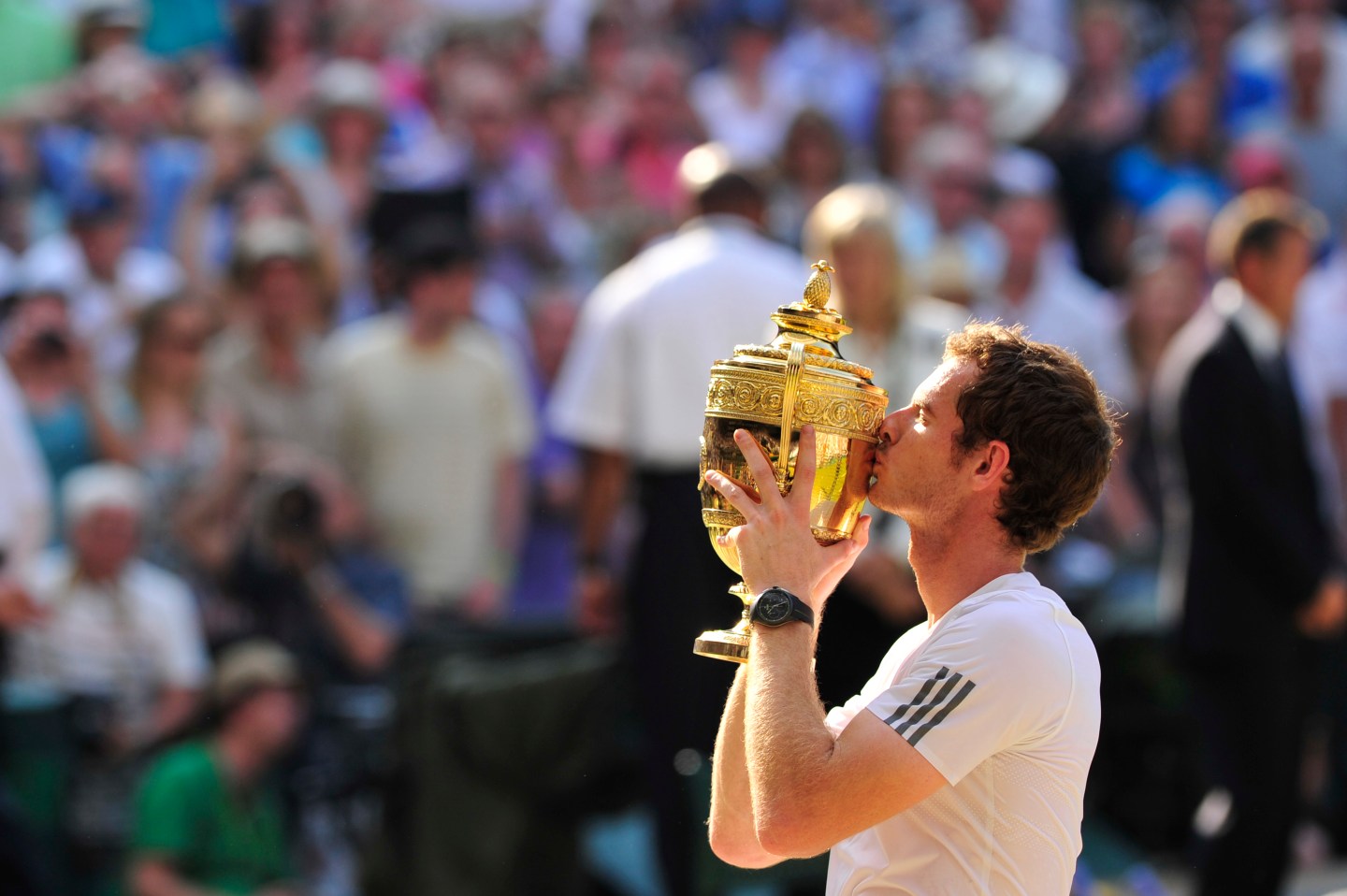 Murray, who is known on-court for winning Wimbledon in 2013 and the U.S. Open in 2012, is grabbing headlines ahead of the year’s final major in Flushing, Queens for his business acumen. The Scot partnered with Seedrs, which is based in the U.K., when he joined the company’s advisory board in June at a time when equity crowdfunding is showing growth both in the U.S. and in the U.K.

“I’m excited to be investing in these driven entrepreneurs and their businesses on Seedrs,” said Murray in a statement. “It’s important to me that I back people who I believe have the same dedication, hunger and professional standards as myself and always strive to be their best.”

He added, “The three businesses I’ve chosen to kick off my crowdfunding investment portfolio are all in areas of industry I find interesting. Healthy eating is something I have to be passionate about as a sportsman, so Tossed was immediately one to consider, and the other two businesses are really pushing the boundaries of technology.”

Murray continued, “I’m hoping that I can learn something from how they are edging ahead of the competition and take that vision onto the court with me. I’m looking forward to seeing what the future holds for these businesses and continuing to work closely with Seedrs.”

Jeff Lynn, the CEO of Seedrs, who spoke with Fortune in the past about Murray’s budding business initiatives with the company, said in a statement: “It’s great to see Andy already taking such an active interest in the businesses on Seedrs. The fact he has decided to make multiple investments in hungry entrepreneurs shows his commitment to building a dynamic portfolio of early-stage businesses.”