Here’s how the Post Office is taking on UPS, FedEx, and Amazon 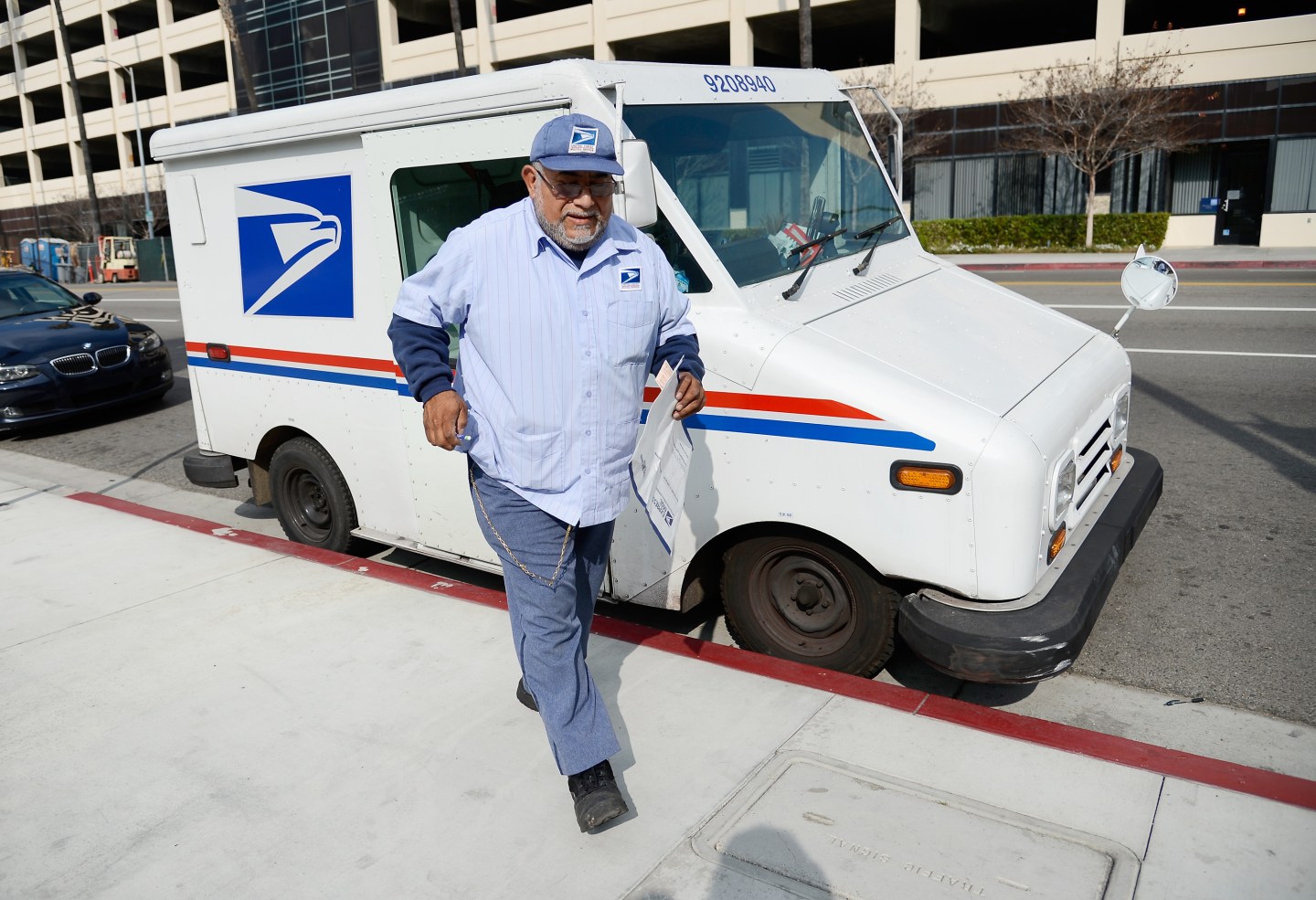 The United States Postal Service’s postmaster general Megan Brennan has been in office for six months, and already she’s starting to push the quasi-governmental agency to evolve in line with changing American mailing needs, according to The Wall Street Journal.

Under Brennan, USPS has ramped up same-day delivery in order to compete with rivals FedEx (FDX), UPS (UPS), and Amazon (AMZN) for the growing share of packages with tight schedules.

Since October 2014, the Postal Service has begun offering deliveries of Amazon groceries in select markets, such as San Francisco, and New York. Now the service delivers an estimated 40% of the e-commerce giant’s orders across the country, compared to UPS and FedEx’s shares of around 20% each, according to Bloomberg.

The USPS saw first-class mail drop 3% in 2014; over the past decade, according to the Journal, it’s fallen 20%. The insatiable need for e-commerce delivery presents the Postal Service with an opportunity to replace that lost revenue — but only if it can be light on its feet in a competitive market. Already, in 2014, package delivery revenue has risen by 8% to account for 20% of the agency’s revenue.

One of Brennan’s first legislative pushes is to get Congress to let USPS ship alcohol, which one legislator said would boost Postal Service revenue by $50 million, the Journal reported. That’s sorely needed money. Although package revenue has been growing rapidly, the Postal Service reported a $586 million net loss in the third quarter on Aug. 10.

Editor’s note: An earlier version of this story suggested gaining congressional approval for shipping alcohol is Brennan’s first legislative push. It is, in fact, one of a number of legislative pushes for the new postmaster general. The story has been updated to reflect this.