McDonald’s is now the top choice for ‘Breakfastarians’ 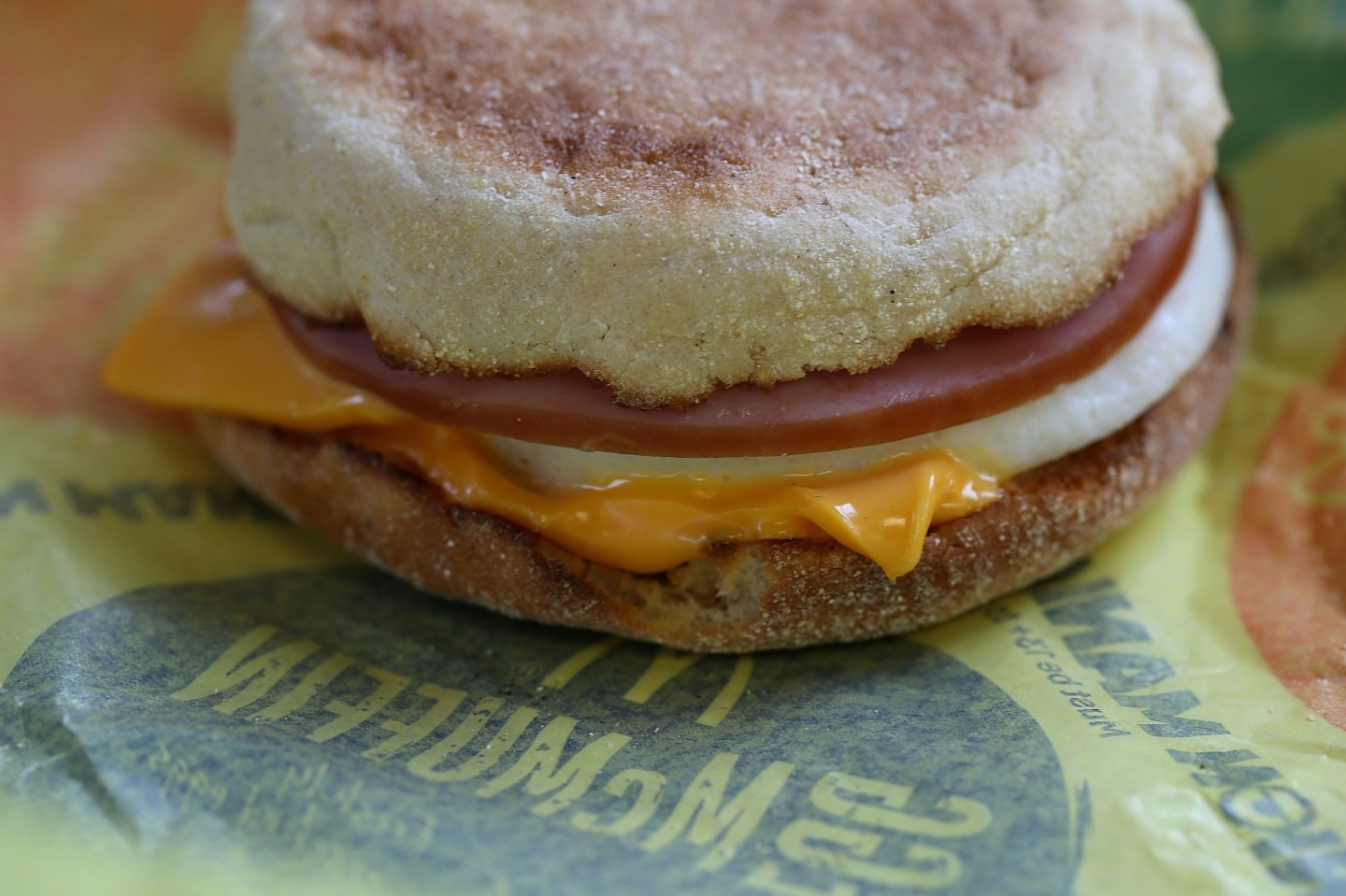 There are at least 1,000 Americans who call themselves “Breakfastarians,” meaning they eat breakfast twice a day. Not only do they exist, but they also have been surveyed, and the results are in: this breed of breakfast devotees trust McDonald’s (MCD) to deliver the goods, with 41% of respondents saying they were considering it for their next meal, which is, presumably, breakfast.

That’s good news for the long-sagging Golden Arches, which will introduce all-day breakfast this fall, according to Reuters. Don’t just ask the Breakfastarians. In the U.S., one quarter of McDonald’s sales and 40% of its profits flood in before 11 a.m.

According to the survey — which was conducted by YouGov BrandIndex — Subway and IHOP earned silver and bronze with 34% and 32% of the respondents, respectively, considering the restaurant for their next meal. Burger King and Starbucks (SBUX) won over 27% and 26% of hearts, respectively, while Denny’s and Dunkin Donuts (DNKN) were tied for 25%. Wendy’s (WEN), KFC, and Chick-Fil-A finished off the top ten.

McDonald’s might have to wait until the fall to see if Americans who only eat breakfast once a day have the same preferences.