3 lessons from the Amazon takedown 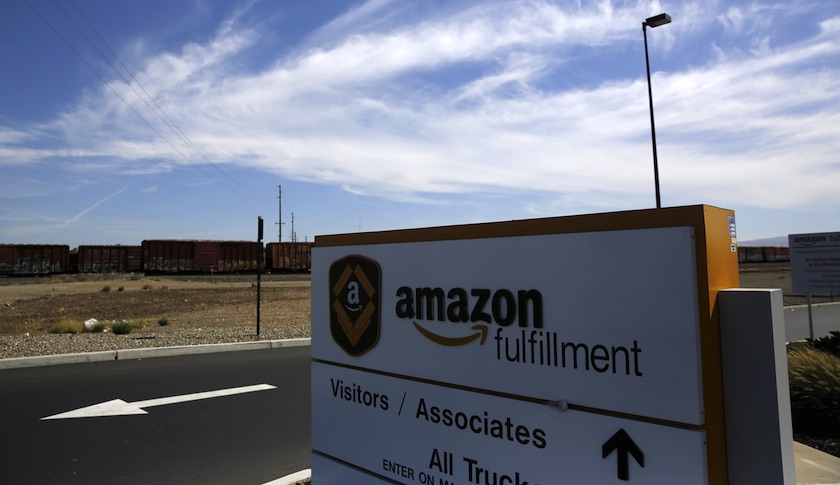 The recent New York Times profile of Amazon.com describing its relentless, high-pressure, measurement-obsessed culture is scarcely the first to depict what it is like to work there, either in its warehouses or its offices. While CEO Jeff Bezos has denied (no surprise) the accuracy of the reporting, a quick Web search reveals numerous articles painting a picture remarkably consistent with this most recent portrayal: Amazon is a tough place to work, Bezos is famous for his temper and put-downs of employees, and many people who cannot stand the stress and pressure leave.

There are numerous lessons to be gained from considering Amazon, its culture, and its success—lessons that pertain to many other workplaces. Here are three:

The leaders we admire aren’t always that admirable

In 2014, Jeff Bezos was ranked as the Best-Performing CEO in the World by the Harvard Business Review. In 2015, Amazon (AMZN) ranked No. 4 on Fortune’s list of the World’s Most Admired Companies, and in 2014 it was No. 2. In 2013, Bezos topped Vanity Fair’s list of leading innovators. Amazon and its founder are widely admired, yet the place seems like a hellhole. What gives?

Simply put, dimensions of leader and company performance are poorly correlated. For instance, Fortune’s list of most admired companies, which reflects the size, financial performance, and stock appreciation of the enterprises, has only four entries in common with its 100 Best Companies to Work For list. And only one of Fortune’s most admired companies also appears on the 2014 Hay Group’s Best Companies for Leadership list. (Hay also works with Fortune to create the Most Admired Companies list.)

As I note in a forthcoming book, decades of leadership writing, blogging, TED talks, and a multitude of leadership development speeches and workshops have clearly failed to improve job satisfaction or employee engagement, or the success and job tenure of leaders. One reason for that failure: The prescriptions for what leaders should do frequently depart from what many high-profile, venerated, successful leaders—people like Jeff Bezos—actually do. This leaves observers cynical from the hypocrisy of advice based neither on reality nor social science, and confused about whether to follow what they’ve been told or what they see around them as being effective.

In one sense these discrepancies shouldn’t be surprising. There are multiple paths to success, and what makes a company a great place to work is not necessarily what is going to produce the most visible, outsized financial gains. On the other hand, the fact that some of the most admired companies are well-known as harsh workplaces says something about the fact that taking care of people is not much of a priority in today’s world. Which leads to the second lesson.

Stress induced by long work hours, the insecurity that derives from having one’s job continually at risk, and work-family conflict such as that detailed in the Times account, induces unhealthy behaviors and produces negative health consequences. A recent study estimated that there were approximately 120,000 excess deaths and $190 billion in additional health care costs annually in the U.S. due to work-related stress.

But in today’s business world, there seems to be precious little concern about employees’ well-being. Companies have steadfastly cut health insurance benefits, pensions, and jobs—systematically transferring risks and costs to their workforces, even as they increase the use of contractors who receive no benefits at all.

This current workplace situation implies the need for a broad movement in our communities and society to make human well-being important. As near as I can determine from talking to people in industries ranging from mining to high technology, employees’ lives matter little in the unrelenting drive for large market capitalizations and competitive dominance. Everyone is dispensable, and their well-being a luxury, except for those at the very top.

People participate in and rationalize their own subjugation

And then there’s the third lesson. For Amazon and similar organizations to survive, they need employees—a lot of employees—to fuel growth and refresh high turnover. But given that Amazon’s workplace culture is scarcely a secret, how is it successful in attracting and even retaining so many people?

Part of the answer is simple economic necessity. As noted in The Guardian, Amazon intentionally locates warehouses in economically depressed areas where people will a) work for less money and b) be less fussy about their working conditions, in part because they have few options.

But there are some important psychological principles at play. Commitment begins with choice, and even stronger commitment comes from the choice being irrevocable. Having chosen to join Amazon, employees have two alternatives if confronted with a demanding, unpleasant environment: rationalize their working conditions as not being that bad or even desirable, or admit to having made a mistake. Some of the oldest experiments in cognitive dissonance demonstrate that they’ll settle on the former: When people face unpleasant circumstances they’ve chosen for insufficient reward, they adjust their attitudes and perceptions to be consistent with their choices and behaviors.

Now combine commitment and consistency ideas with being part of some elite. After all, not everyone is chosen to work at Amazon and not everyone can tolerate the environment. Therefore, if someone survives or even thrives, that individual must be “special.” Survival at Amazon validates those who believe they are part of an elite workforce. That enhancement of the self provides incentives to join and remain, regardless of other aspects of the work environment.

And then there are the Amazon stock options. They incentivize employees to stay because they vest over time. Moreover, as the Times notes, if Amazon employees leave too soon, they have to repay relocation allowances and other perquisites. So there are a number financial reasons to stay—particularly if the stock price is rising. Shares of Amazon have climbed from about $38 in 2008 to more than $530 today.

Finally there is the addictive nature of the hard work and pressure so nicely described by the Times. Yes, “work addiction is a real mental health condition” that often “stems from a compulsive need to achieve status and success”—something that almost all people can be susceptible to.

In the end, “Amazonians” are not that different from other people in their psychological dynamics. Their company is just a more extreme case of what many other organizations regularly do. And most importantly, let’s locate the problem, if there is one, and its solution where it most appropriately belongs—not with a CEO who is greatly admired (and wealthy beyond measure) running a highly admired company, but with a society where money trumps human well-being and where any price, maybe even lives, is paid for status and success.