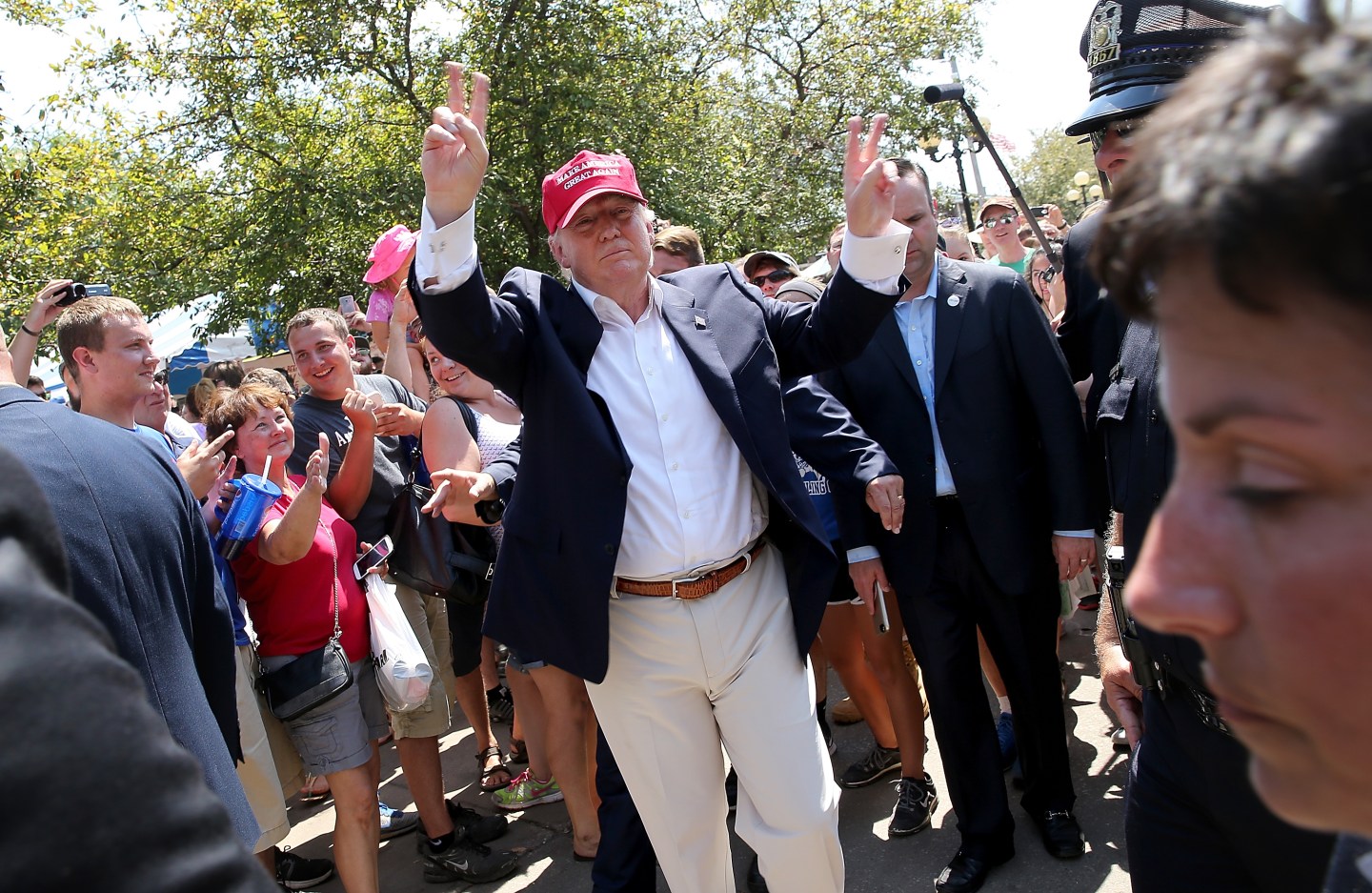 Donald Trump is taking time off from the presidential campaign trail, and will be reporting for jury duty today, according to the New York Daily News.

After some discussions with Trump’s lawyers, Manhattan County Clerk Milton Tingling agreed to let Trump report for duty today after his lawyers assured him that this would be a convenient time. “Despite running for President and running a massive, multi-billion-dollar company, Mr. Trump will be at jury duty Monday,” Alan Garten, general counsel to the Trump Organization, said last Friday.

Trump alluded to his upcoming posting in a Friday night news conference in New Hampshire. “Can you believe — I’ll be doing jury duty on Monday morning,” he said. “I’m looking forward to it. I think it’s fun.”

A Manhattan judge earlier this year fined the Republican presidential front-runner $250 for ignoring five jury summonses since 2006. He’ll be coming in from spending the weekend at the Iowa State Fair, where he made headlines again by flying into the event in a helicopter.