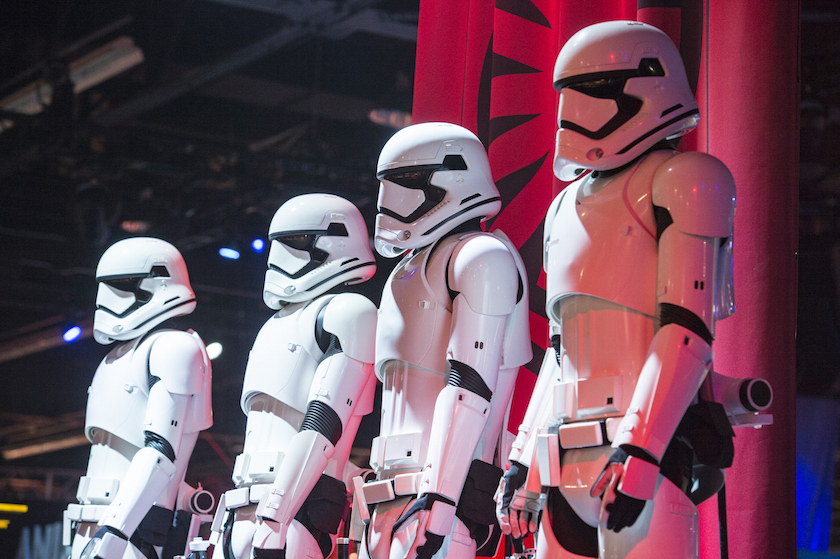 Each park will be 14 acres and will be populated with actors playing aliens, droids and other creatures from the Star Wars universe. Disney head Bob Iger assured fans that there would be both a Millennium Falcon ride and a Creature Cantina recreation.

“These new lands at Disneyland and Walt Disney World will transport guests to a whole new Star Wars planet, including an epic Star Wars adventure that puts you in the middle of a climactic battle between the First Order and the Resistance,” Iger said.

This isn’t the first time Disney has capitalized on Star Wars in its theme parks. Even before Disney acquired Lucasfilm in 2012, the company partnered with the studio to create Star Tours, a Star Wars-themed virtual reality ride that has been a mainstay at the Disney parks since it debuted at Disneyland in 1987. Star Tours even got a makeover in 2010 and 2011 to include more locales and adventures.

But now, capitalizing on the excitement surrounding the upcoming Star Wars films—the first of which will be directed by J.J. Abrams and premieres in December—the universe will get its own separate park.