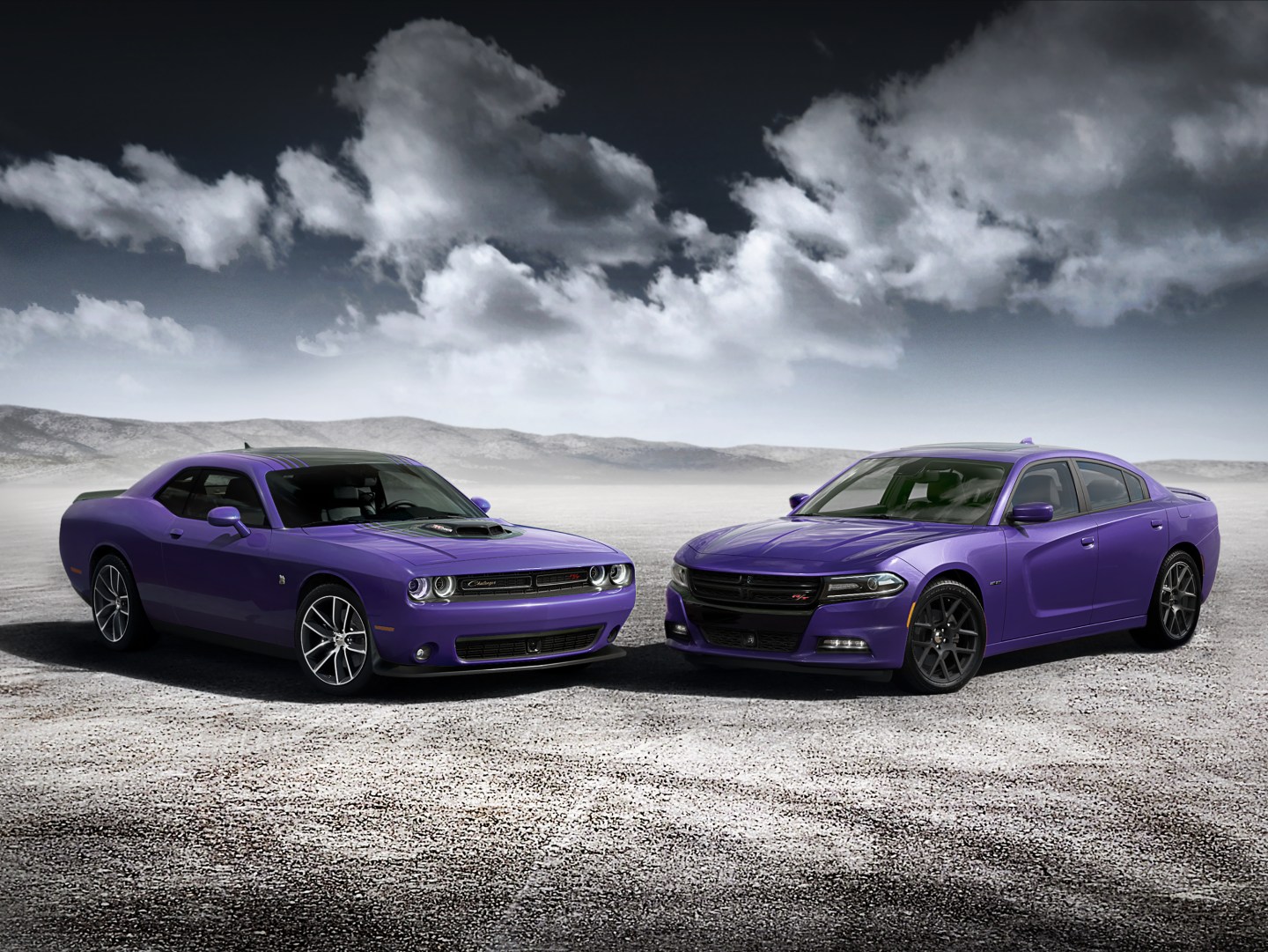 Fiat Chrysler is rolling out a new special edition color scheme for its Dodge muscle cars.

From now on, look out for “Plum Purple” Chargers and Challengers on the road.

“From the aggressive and in-your-face styling of the SRT Hellcat models, the reverberating black stripes on our Shaker models, to the nostalgic dual A-line side stripes in satin black or gloss white on the R/T Classic model — Plum Crazy further builds on Dodge brand’s muscle-car roots and adds to Challenger and Charger’s vibrant legacy,” a Fiat spokesman said in a statement.

Purple cars are, in fact, making a comeback — and in cars that are sportier and more powerful than you might expect.

This weekend, for example, McLaren will reportedly be showing a new bespoke advanced ‘570s coupé’ at the annual Concours d’Elegance, held at the Pebble Beach Golf Links every August. It has a “mauvine” blue paint finish with an interior finished in carbon black leather. Only two of the purple hued supercars will be created by McLaren.

How to join the purple crusade? According to Cars.com: “Dodge dealers will take Plum Crazy Challenger and Charger orders starting in September, with production set to start in the fall. FCA says it’s specifically targeting the performance-enthusiast demographic.”

With FCA taking a colorful step forward, purple just might be making a strong comeback in cars, and if it does, it’ll do so at some impressive top speeds.