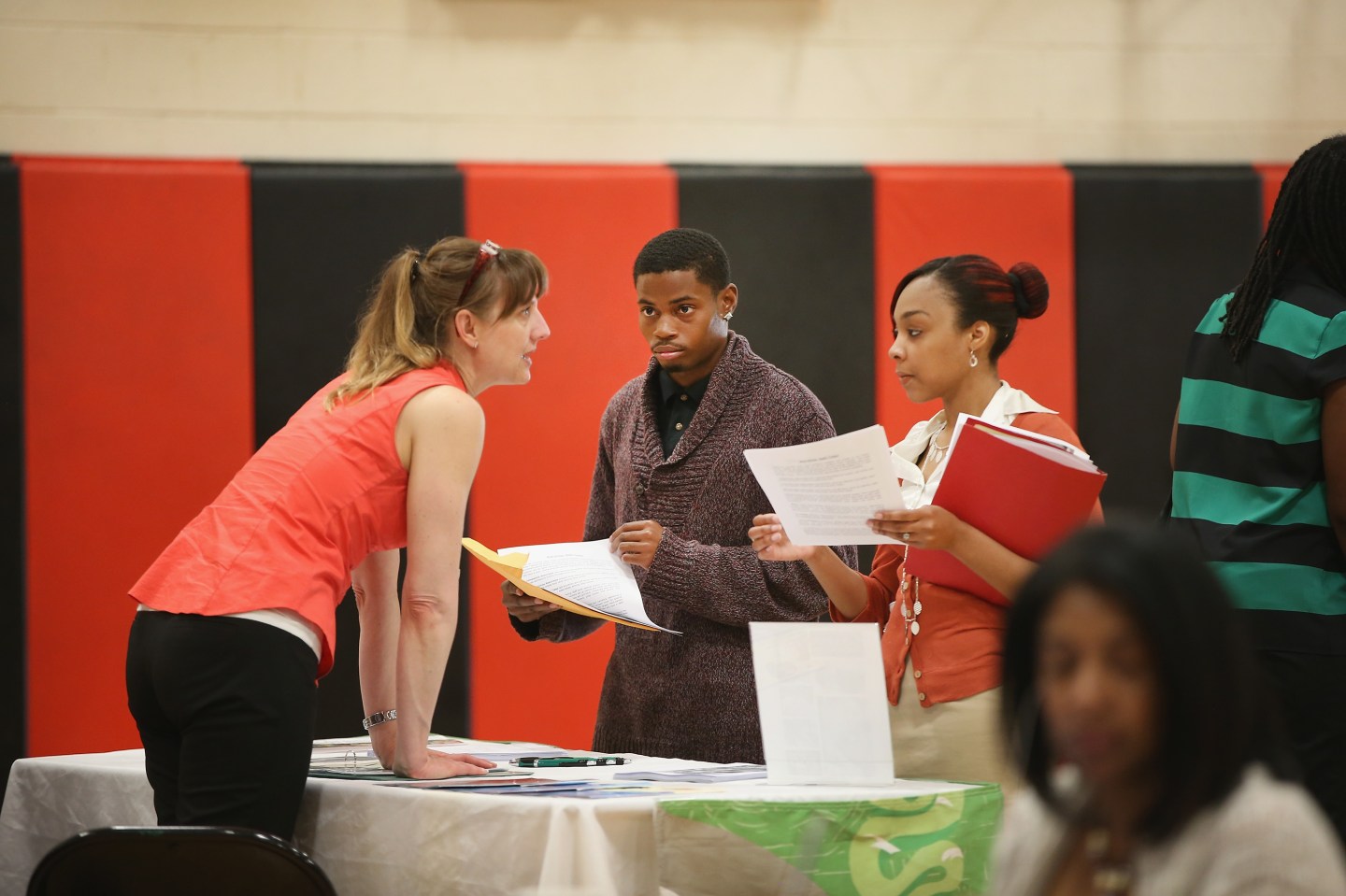 CHICAGO, IL - JUNE 12: Wendy Larsen (L) speaks to candidates at a job fair on June 12, 2014 in Chicago, Illinois. According to the Department of Labor's latest jobs report unemployment is at 6.3%, the lowest since 2008 when massive layoffs swept through the country. (Photo by Scott Olson/Getty Images)
Photo by Scott Olson—Getty Images

Initial jobless claims for the week ending August 8 landed at 274,000. That’s an increase of 5,000 from the previous week’s revised levels, but still makes for a less volatile four-week moving average of 266,250—the lowest level in more than 15 years.

Applications for unemployment insurance fell to 255,000 in the middle of last month, which is the lowest since November 1973, according to Bloomberg. Jobless claims for the most recent week remained in that record-low territory, indicating steady progress in the labor market.

Data released by the Commerce Department on Thursday revealed more positive economic indicators: Retail sales rose a seasonally adjusted 0.6% from a month earlier, while spending excluding cars increased 0.4% in July, the third month in a row of solid gains.