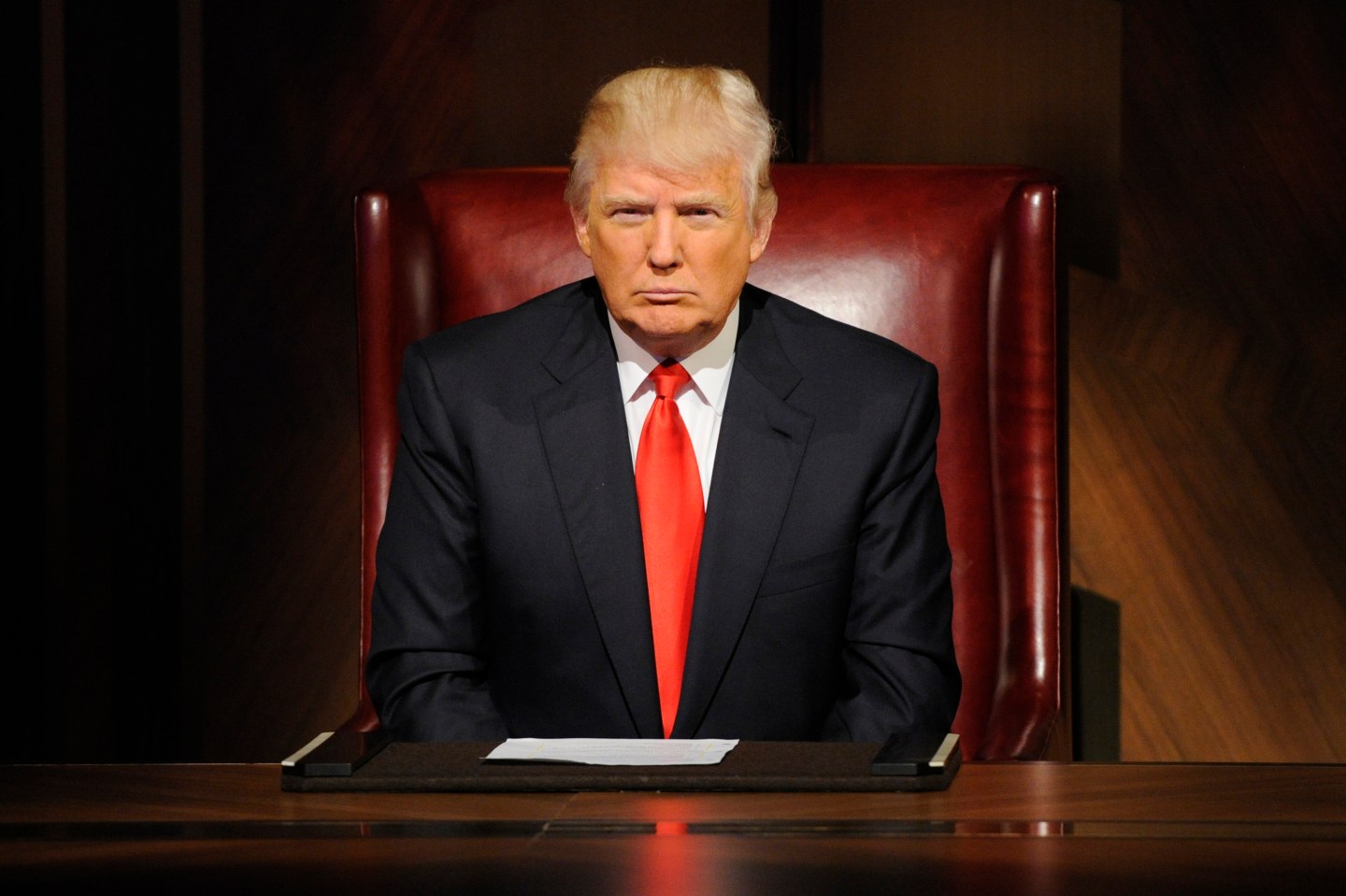 The network announced Thursday morning that competition series is being put on an extended hiatus this coming season while executive producer Mark Burnett hunts for a new host. Despite rumors of NBC considering various business world personalities for the high-profile gig, executives are nowhere close to locking down a new name.

In June, NBC cut business ties with host Donald Trump after his comments about Mexican immigrants.

“Due to circumstances that everyone here is aware of regarding our host — I should say former host,” said NBC entertainment chairman Robert Greenblatt. “We will not be producing a new edition of the show this season, but it will be back for the 2016-17 season with a new host. We’ve actually been overwhelmed by a number of really exciting people who have come forward and are interested in taking over the show. You’ve heard some names bandied about. Some of them are simply not true, but I also don’t want to speculate on any specifics today because we haven’t gotten that far into the process. As soon as we settle on someone, we’ll get the word out, and something tells me that will be big news.”

Greenblatt added: “We’re always looking for a host of that show who’s going to make nosie and be a big personality. There’s a few people out there that fit that bill …. Whether you agree with anything [Trump] says, he says it without any kind of filter and you also get the sense that he doesn’t have a big retinue of people around him who are messaging him and handling him and I think there’s something refreshing about that … the world likes a star and he’s a star.”

The executive was pressed on the network’s relationship with Trump before the show was pulled. “You know he’s a lovely guy,” Greenblatt said. “He’s very much a collaborator and worked with us closely on Celebrity Apprentice. He’s an effusive great guy. We weren’t in an adversarial position.”

As for relations with Trump moving forward, the executive noted, “I don’t think somebody who is running for president and might possibly be the next leader of the free world could be banned from any activities at NBC, but we’ll have to see how this plays out.”

But when asked if there was any chance the extended Apprentice production hiatus could be used to bring back Trump should his presidential ambitions flame out, Greenblatt said he had “two words” about a possible Trump return: “Absolutely not.”

This story was originally published on Entertainment Weekly.