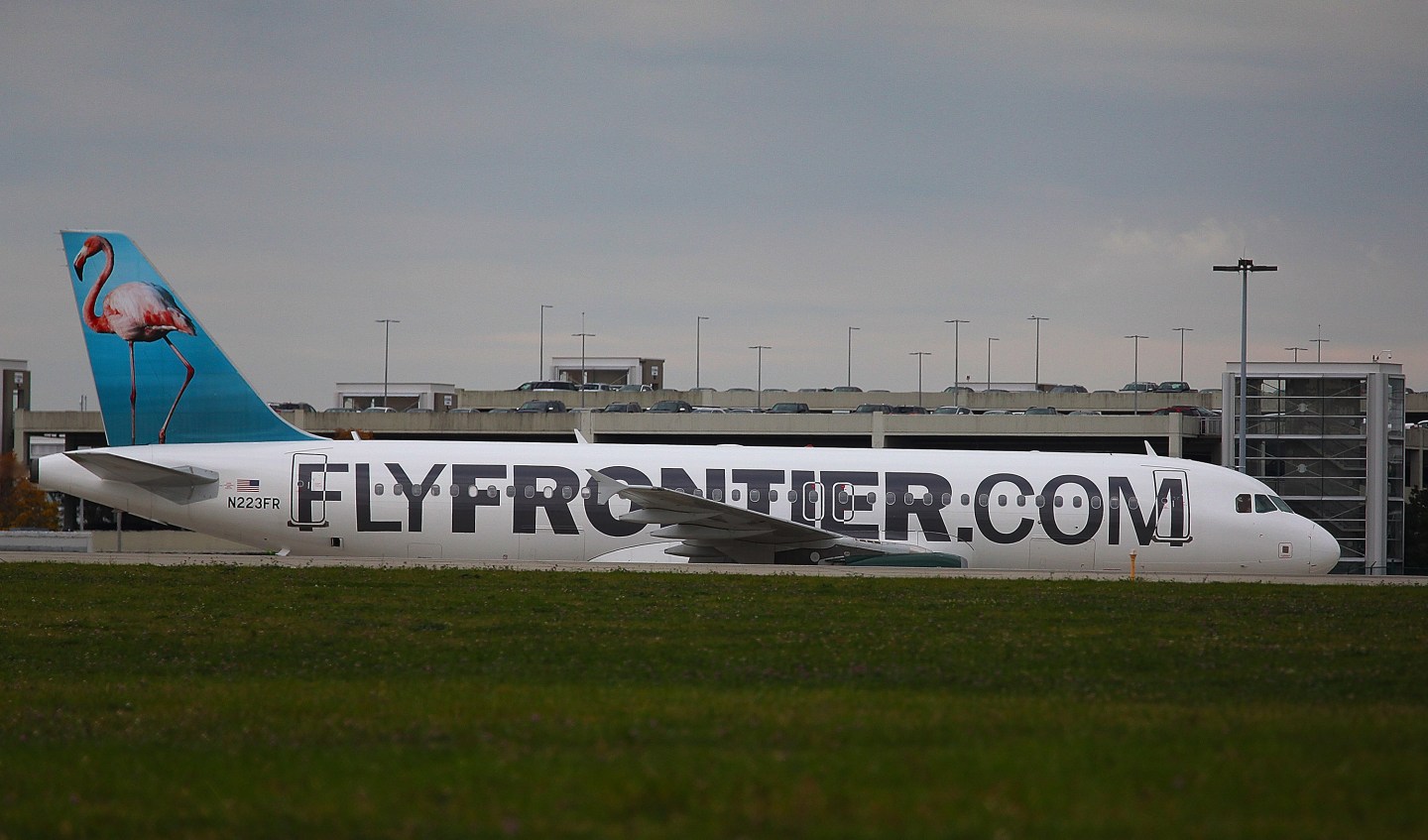 CLEVELAND, OHIO - OCTOBER 15: A Frontier Airlines plane taxis the runway at Cleveland Hopkins Airport on October 15, 2014 in Cleveland, Ohio. Recently diagnosed Ebola patient, health care worker Amber Vinson, traveled on Frontier Airlines from Dallas to Cleveland with a low fever on October 10, and returned to Dallas on October 13. The aircraft has since been decontaminated and put back in service. Nurse Amber Vinson joins Nina Pham as health workers who have contracted the Ebola virus at Texas Heath Presbyterian Hospital while treating patient Thomas Eric Duncan, who has since died. (Photo by Michael Francis McElroy/Getty Images)
Photograph by Michael Francis McElroy — Getty Images

There used to be a time when it seemed every air carrier offered this service for free, but Frontier is just one of the many that is cutting this cost.

The change has been in effect since June and Frontier spokesman Jim Faulkner has said that they have not received a lot of feedback, which is likely due to the fact that many customers have cellphone plans that provide free long distance calls, The Denver Post reports.

Getting rid of the toll-free number will save the airline about $160,000 a month, which adds up to nearly $2 million per year. Frontier says these savings will allow it to offer fares at discounted prices.

The “ultra-low-cost” model is something that has become increasingly popular within the past decade as airlines are opening up to a niche of cost conscious customers. Frontier is trying to follow that model, but the shift has provoked customer complaints as they have to adjust to the changes.