Adidas is thinking of selling its golf business 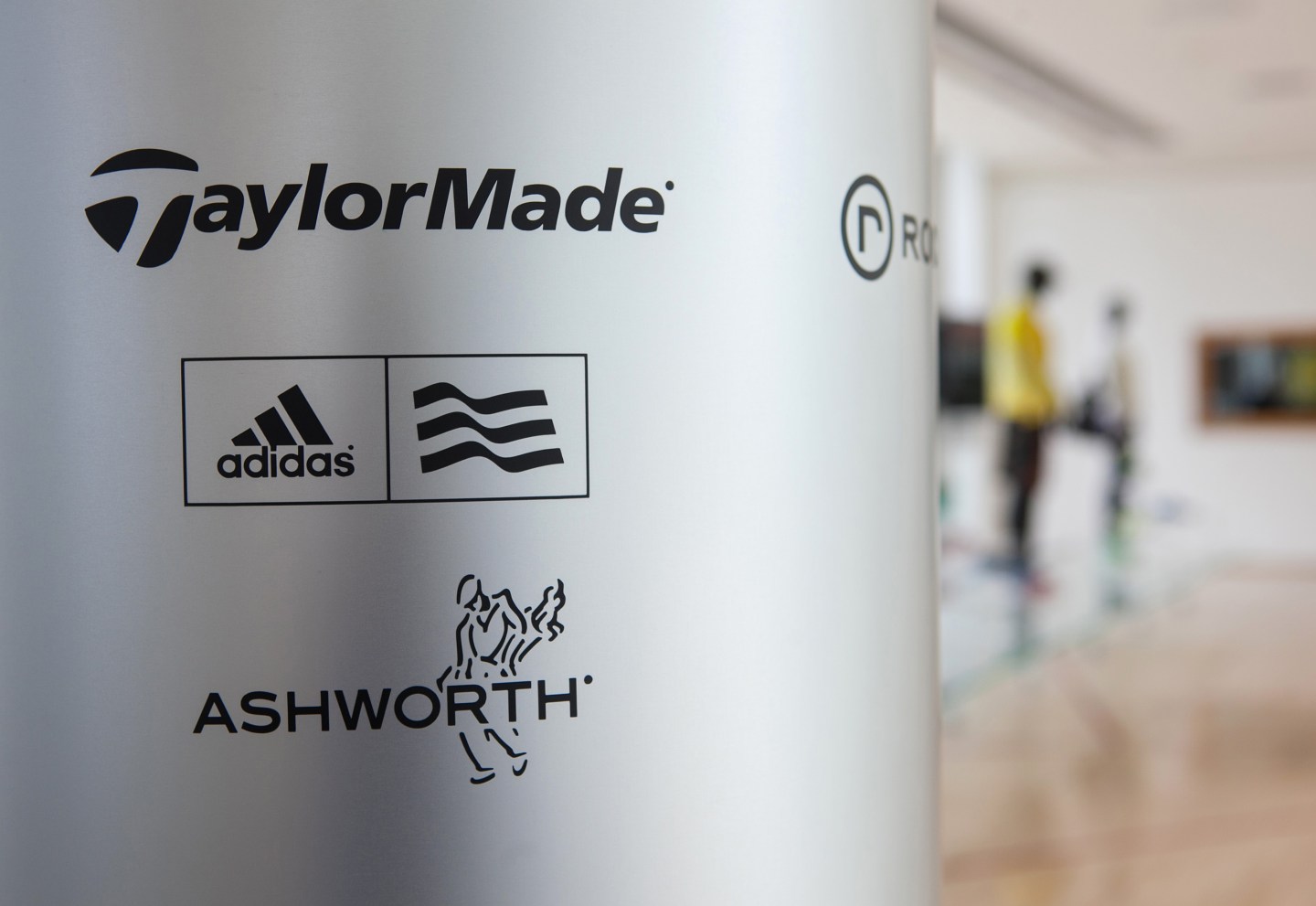 The TaylorMade-Adidas golf business logo sits on a sign above the Adidas and Ashworth golfing apparel brand logos in the reception area of Adidas AG's headquarters in Herzogenaurach, Germany, on Thursday, May 15, 2014. In May, Adidas reported first-quarter soccer growth of 27 percent, and the company projects confidence that it will meet its target. Photographer: Krisztian Bocsi/Bloomberg via Getty Images
Photograph by Krisztian Bocsi — Bloomberg via Getty Images

Sports apparel giant Adidas is considering dumping its once-lucrative golf business, according to Bloomberg. The company is in talks with the financial firm Guggenheim Partners about selling off its TaylorMade assets, which lost money in the most recent quarter due to sales dropping 26% year-over-year. Adidas may also consider only selling off its Adams Clubs and Ashworth clothing brands.

Adidas is predicting a full-year decline in sales from its golf division as the sport continues to decline in popularity in the U.S. CEO Herbert Hainer is in the process of paring down the company’s operations to focus specifically on athletic shoes.

The company disclosed the plans along with its quarterly financial results Thursday. Adidas reported that overall sales in the quarter rose 15% to 3.9 billion euros, beating analysts’ estimates.