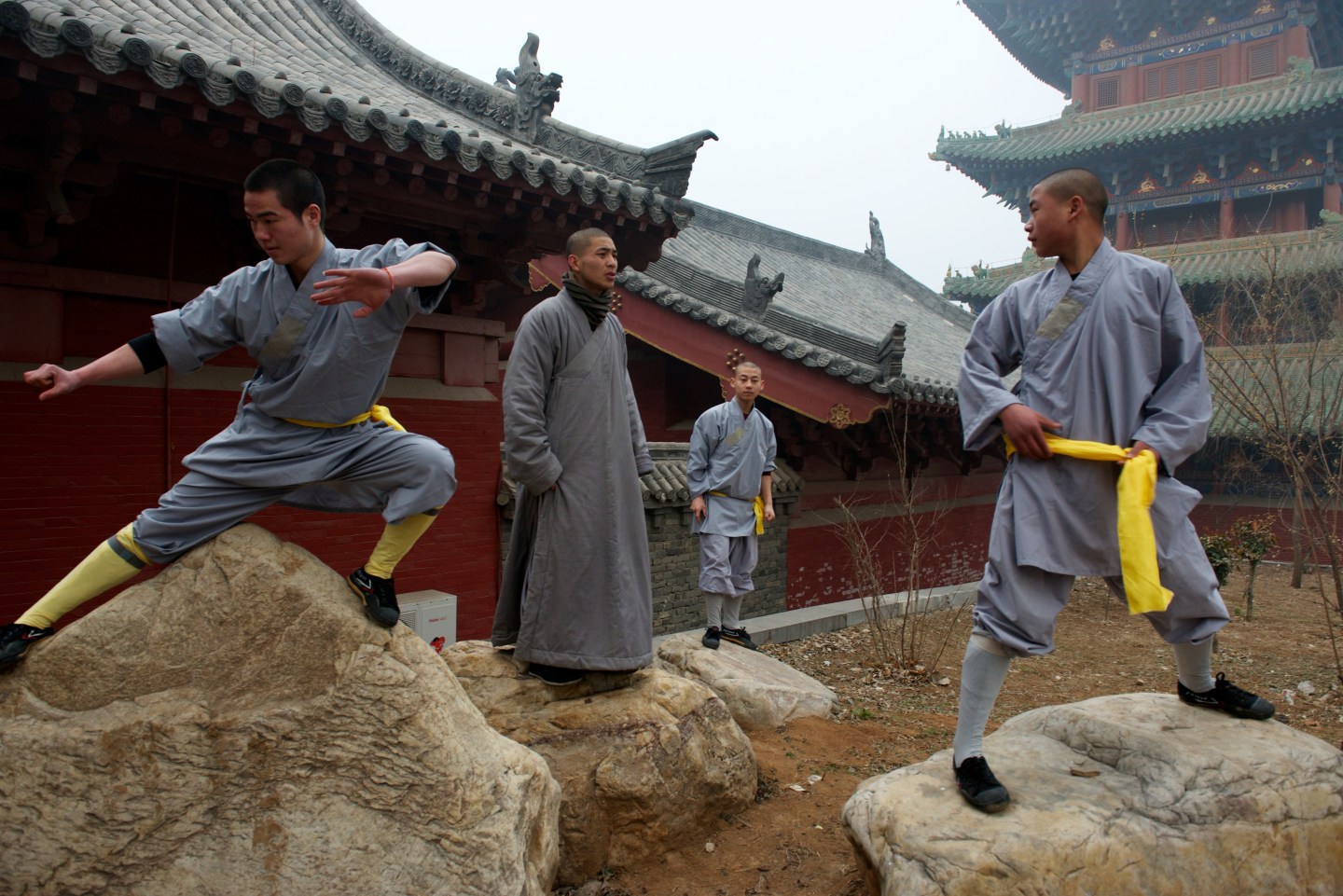 Has the iPhone-touting, laptop-savvy MBA grad who runs the ‘Kung Fu’ temple at Shaolin become the latest victim of China’s anti-corruption drive?

Speculation over the fate of Shi Yongxin, who has turned China’s most famous temple into a multi-million dollar brand in his 16 years as abbot, has intensified since he failed to make a scheduled appearance at an international meeting of Buddhists in Thailand, according to The Financial Times.

The “CEO Monk” has disappeared from public view after a week in which he was denounced online (albeit anonymously) for having children by prostitutes and embezzling monastery funds. A one-sentence statement released Monday by the authorities of the city of Denfeng, near Shaolin, confirmed it was investigating the allegations, saying: “Our bureau takes this extremely seriously and will swiftly clarify…and ensure a correct understanding of the matter.”

It could be a sticky end for the monk who has angered some in China by his ruthless commercialization of Shaolin, the birthplace of Chinese martial arts and Zen Buddhism, by renting it out for reality TV shows and computer games among other things. Shi is on the verge of what would be a crowning achievement for internationalizing the brand: the construction of a $400 million Kung Fu theme park in New South Wales, Australia (naturally including a hotel and golf course).

An open letter published under the name ‘Shi Zhengyi’ last week accused the abbot of living the kind of dissolute double life that has become distinctly unfashionable under President Xi Jinping. The author is thought to be a disaffected former disciple of Shaolin, but the name is most likely a pseudonym since it translates (according to CNN) as ‘interpreting justice’.

The letter, headed–“Who is to inspect this Big Tiger?”–consciously channeled Xi’s promise to go after both ‘flies and tigers’ in cleaning up China’s leadership. Shi is perhaps an unlikely target for action by state agencies, which have focused so far on corrupt Communist Party officials like former Chongqing governor Bo Xilai. However, the abbot is also member of China’s rubber-stamp legislature, the National People’s Congress. He’s also a vice-chairman of the state-backed national Buddhist association, which collaborates with the State Administration for Religious Affairs in monitoring all of China’s recognized religions. And 16 years as abbot makes him part of the Establishment, whichever way you cut it.

‘Shi Zhengyi”s letter, which went viral across China, accused Shi of having been expelled from the monastery in the past for the distinctly non-Zen practice of fiddling his expenses (what would Blind Master Po have said?). Once reinstated and having risen to the rank of abbot, Shi then entertained prostitutes at the monastery, going so far as to keep them there as mistresses and even fathering their children (another viral post claimed to show the birth certificate of one of them), according to the claims.

The monastery has denied the allegations as “malicious insults”, while Shi last week said he had nothing to hide.