Call this company the ‘Airbnb of boats.’ (Then hop aboard.) 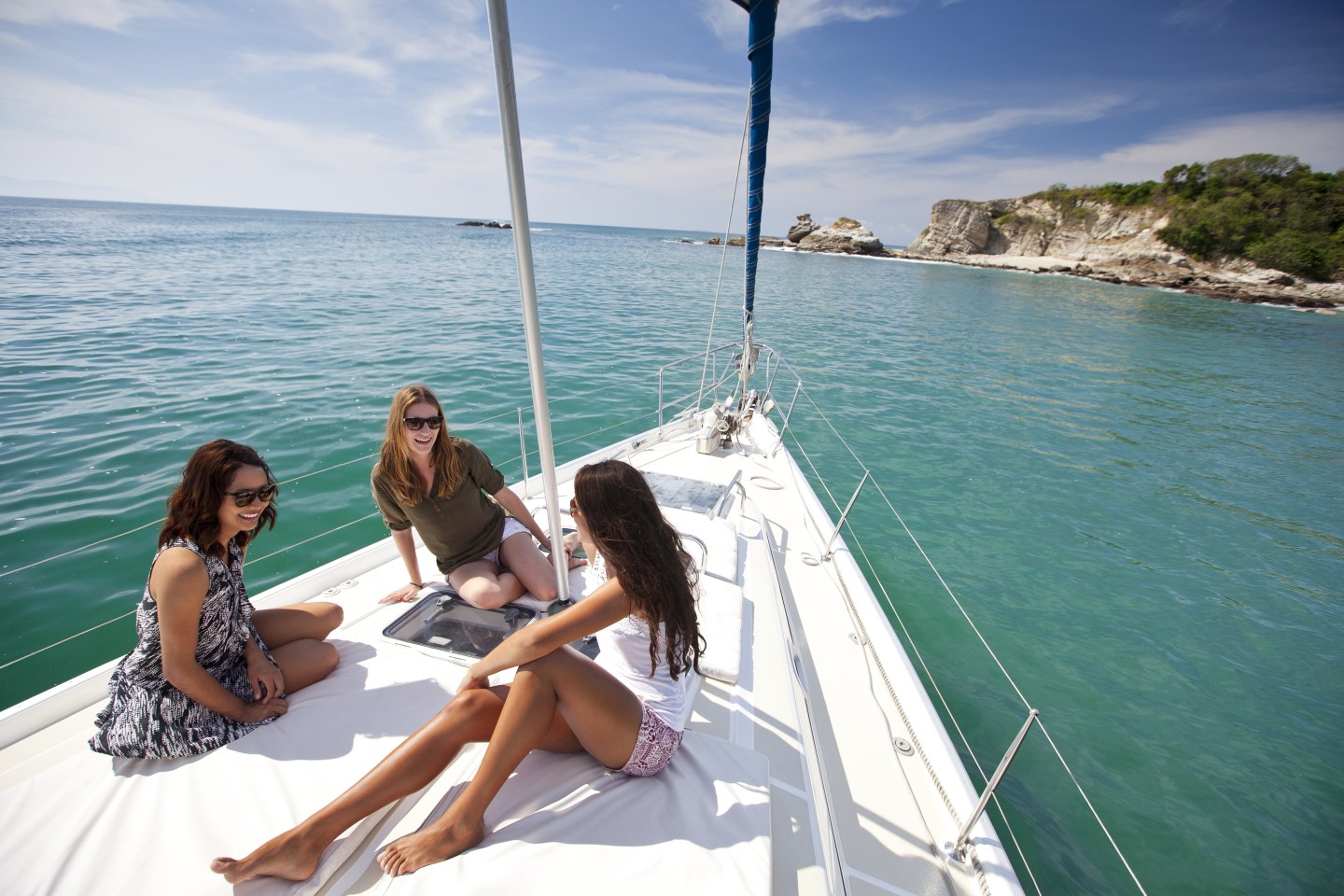 Girlfriends laughing on a sailboat in
Justin Lewis—Getty Images

Just as technology lets us share everything from homes (Airbnb) to cars (Uber), heading out to sea on someone else’s boat this summer now requires no more than a few keystrokes on a smartphone.

Sailo, a startup with offices in New York and Florida, has launched in key boating areas as a three-way marketplace connecting captains and vessels with anyone who wants to spend time on the water. The company now hosts listings for more than 300 sailboats, speedboats, and yachts in the New York metropolitan area (from the Jersey Shore to the Hamptons) as well as Cape Cod, South Florida, and San Diego.

Sailo’s three founders—two freshly-minted Columbia Business School graduates and a childhood friend—say that by making boating accessible and bringing it online, they’re democratizing a once-elitist pastime to generate fresh profits in the $20 billion boat rental industry, which still conducts business over landlines and through the U.S. Postal Service.

“It’s never been easy to get on a boat, and people think it’s a lot more expensive than it really is,” co-founder Delphine Braas says. “We’re showing them it doesn’t have to be that way.”

Hiring a boat and a captain with Sailo costs between $200 and $20,000, depending on the size of the ship. Boats, which sit unused for 95% of their lifecycle, are notoriously a sunk cost for owners who pay for upkeep, including maintenance, fuel, and docking costs, whether or not they have time to use them. “With the sharing economy, it seems like the next logical step,” Braas says. “Consumers want to be able to search and book within a few minutes.”

By overturning the traditional boat charter system, Sailo’s model will help boat owners make money on their unused assets while potentially creating a new consumer behavior, says David Hsu, a management professor at Wharton. “It may be niche, but there’s certainly a market out there,” he says. “And it’s not disrupting an established agency as Uber has with taxis.”

Sailo isn’t the only contender in the market for better boat rentals; Boatbound and Cruzin are competitors. But with 13 million boats registered in the U.S. alone, Sailo has room to grow, Braas says. The company plans to expand to key boating hubs in the Northeast as well as Maryland, the Caribbean, southern Europe, and additional parts of the West Coast.