Friends of Starbucks’ CEO want him to run against Hillary 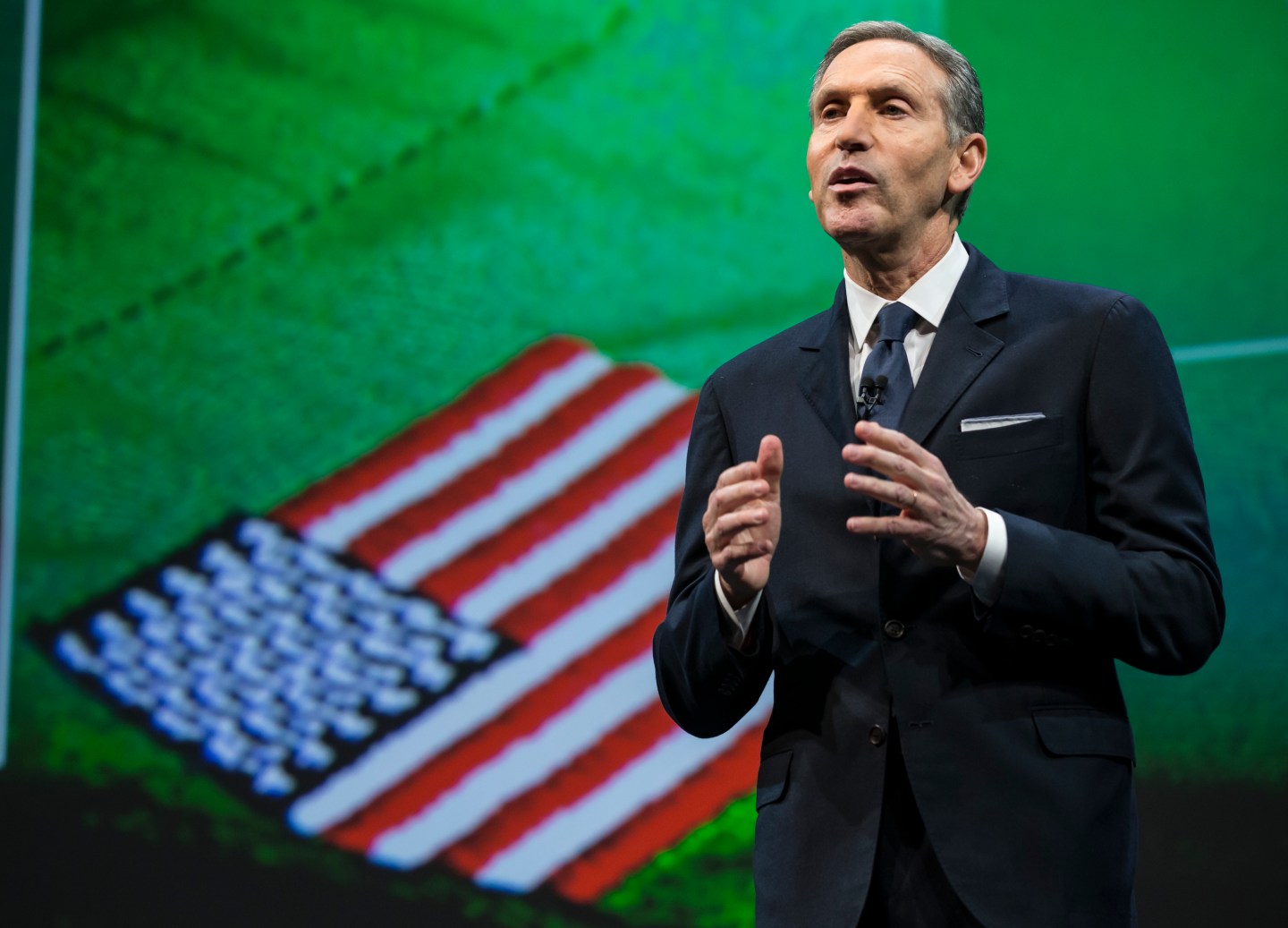 Hillary Clinton is still the presumptive favorite to become the Democratic nominee for the U.S. presidency. But high-powered friends of Starbucks’ (SBUX) CEO Howard Schultz are reportedly eager to anoint him as a challenger to Clinton.

The 62-year-old CEO has been urged by supporters to join the Democratic primary, with friends “thinking the time is right for someone who’s not a political lifer,” according to Maureen Dowd’s latest New York Times column. The idea, Dowd postulates, could “be a tempting proposition” for Schultz, and offers a worthy party back-up to Clinton should something unforeseen happen to her candidacy.

It would mark a shift for Schultz if he does enter the presidential ring. In an interview with Time in February, Schultz was adamant that he would not run for President in 2016: “I don’t think that is a solution. I don’t think it ends well,” he said in the story. He threw a cautious endorsement of Clinton, saying he was content to “see what Hillary does.”

Schultz has long been vocal about the role of government and its failure in addressing the nation’s pressing issues. In 2013, Schultz started a Starbucks-led petition to end the government shutdown, and delivered more than 2 million signatures to the White House in their “Come Together” campaign. While promoting his book For Love of Country, Schultz talked about the lack of leadership from the U.S. government and politicians: “The country is longing for leadership and for truth with a capital T,” he told Dowd in a New York Times story.

It was a message he repeated at Starbuck’s Investor’s Day meeting last December.

“The country is definitely not going in the right direction. There is a significant void of leadership in America and around the world,” he said in one report. “I strongly believe that businesses and business leaders have a significant responsibility to do all we can to bring our people along with us and share our significant success … and not wait for Washington because the void of leadership is getting bigger and bigger.”

If he does run, Schultz will be handed the difficult task of defeating Clinton. In the latest numbers by RCP, around 58% of those polled would choose Clinton as the Democratic nominee for President, three times more than runner-up Bernie Sanders.