Why the Eurozone was always doomed to fail 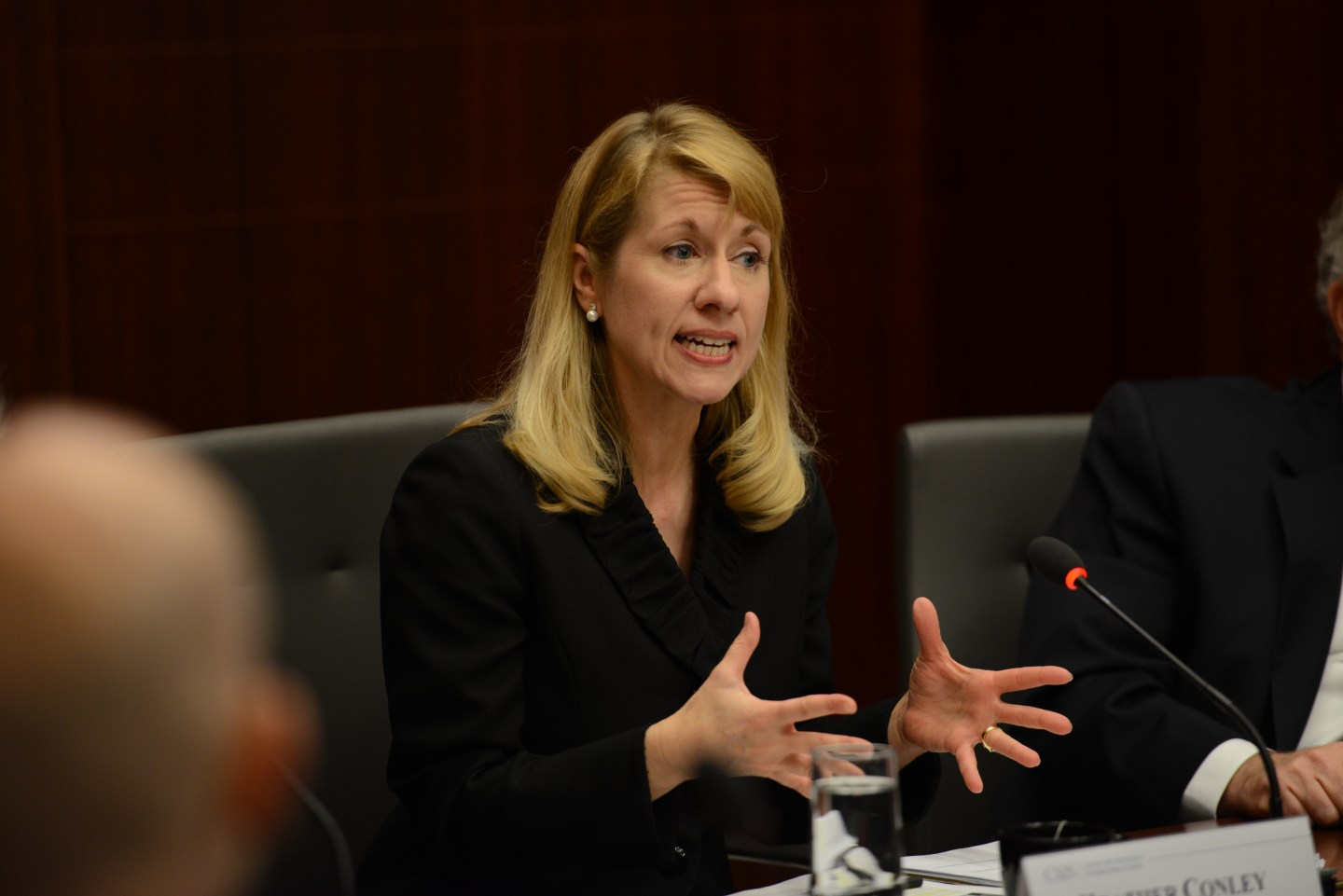 The nearly 16-year experiment with a financially integrated Europe is instead tearing the continent apart, stirring ugly ghosts of history and fueling the rise of extremist political parties that could one day control a NATO partner.

So warns Heather Conley, director of the Europe program at the Center for Strategic and International Studies. I sat down with Conley, a former top State Department official, for the latest installment of our CSIS iTunes podcast “Smart Women Smart Power,” which you can hear by following this link: bit.ly/csisswsp

While Greece’s latest travails capture the world’s attention, Conley sees dire consequences for all of Europe from a fatally-flawed monetary union of 19 countries. “It was a structurally flawed project,” Conley says of the Eurozone, born in 1999. “They were warned about it. This was an economic project designed politically to make Europe more united. But instead it’s pulling Europe apart.”

Greece, she adds “should never have been let in; it did not have the economic indicators and strength to participate in this currency union. But as a political project people said, ‘How can we not include the birthplace of democracy? The great recession showed the weakness and flaws, and we saw all of this unravel.”

That unraveling has launched a number of dangerous political trends. Economic pain and anger at European leaders, on the left and right, is combining with the type of anti-immigrant sentiments that fuel the rise of populist and xenophobic parties. France’s far-right National Front and Spain’s far-left Podemos Party are on the upswing. In Britain, which held onto its own currency, the UK Independence Party has successfully pressured Prime Minister David Cameron to call a referendum on whether to stay in the European Union. And Conley notes that even 25% of EU parliament members can be labeled Euro-skeptics.

“There will come a moment with a far left or far right party in a NATO country potentially forming a government,” she predicts, “and that is a nightmare because then we have to question the democratic credentials of our allies. That’s a thought we don’t want to have.”

Conley warns of a dark era, not unlike 1914, with the world “sleep-walking” toward an abyss. “The free movement of labor is under attack,” she says. “The free movement of capital is under attack because of the Eurozone crisis,” she says. “Many EU officials will say Europe evolves through crisis. But this is not forging Europe, it’s pulling it apart.”

As the continent’s strongest economy, source of bailout funds and enforcer of Eurozone rules, Germany is a target of populist wrath. There is historic irony to this, Conley notes, since “the euro was created right after German reunification to ensure that Germany could not economically dominate Europe.”

Meanwhile, Conley worries that the U.S. is sitting on the sidelines, despite an American investment in a healthy Europe dating back to World War II and the Marshall Plan. With France and Italy right behind Greece in terms of the need for economic reform, Conley urges U.S. officials to help the continent craft bolder plans to step out of the bailout cycle and move forward economically.

Conley stops short of embracing suggestions from German officials that Greece would be better off with a temporary Eurozone exit. However, she does believe that Greece is trapped by its debt burden and the damage done to its economy by the ruling left-wing Syriza party. “The status quo cannot be sustained,” says Conley.

“Europe’s success is America’s success,” she says. “When Europe is weak, we are weakened. The stakes are enormous. Europe seems to be putting its foot on the accelerator and is running out of road.”