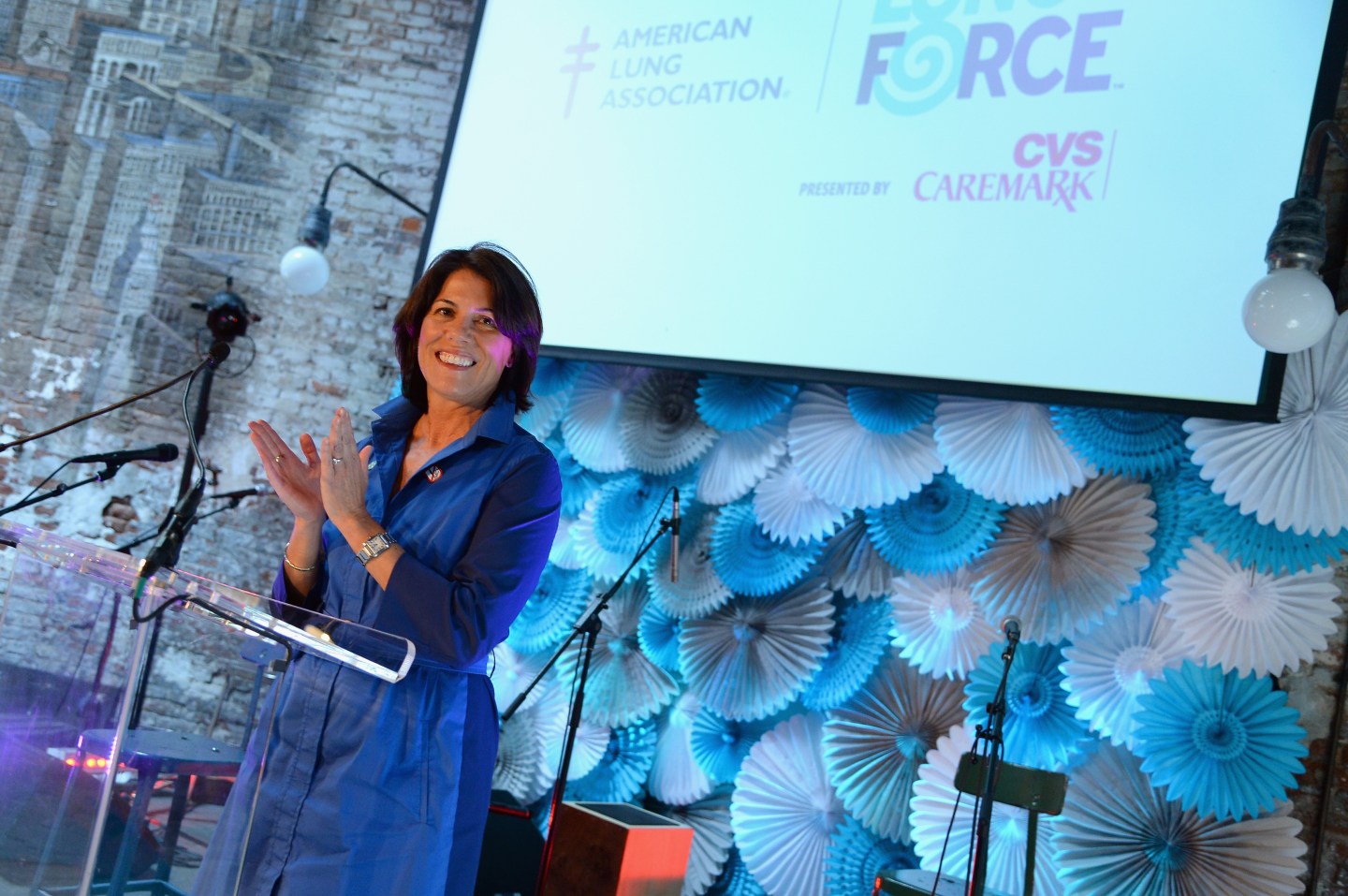 At this year’s Fortune Brainstorm Tech conference in Aspen, Helena Foulkes, executive vice president of drugstore chain CVS Health (CVS), shared an insider’s perspective on the company’s decision to stop selling cigarettes and other tobacco products in its 7,800 stores. When CVS announced the decision in 2014, it was an unprecedented move. It was also potentially a costly one since $2 billion of the company’s annual revenue came from tobacco products.

This week, investors will be looking at CVS as it reports its Q2 2015 earnings. The company’s transformation into a healthcare company is exciting to watch. It’s also a reminder for brands that sometimes big dogs can learn new tricks, and when they do, the result can be both transformative and very profitable.

For CVS, being the first retailer to stop carrying cigarettes was a huge risk. But Foulkes said the decision has acted as a “catalyst” for the company’s transformation as a healthcare organization.

So far, the company’s gamble seems to be paying off. President Barack Obama applauded the move, and based on the company’s earnings since making the announcement, customers seem in favor of it as well. In July, the company’s share price hit a 52-week high. That rally follows a highly successful start of this year —a first quarter that saw the company deliver double-digit revenue growth and an 8% year-over-year profit increase.

CVS demonstrates what companies need to do to win in today’s business landscape. Customers are now empowered, and increasingly they support companies that exemplify the same values that they do. What CVS is doing is appealing to the growing health-conscious customer base. Cutting tobacco and selling healthier food options is the right thing to do —but it’s also a move that’s informed by an understanding of today’s customers. “Ending the sale of cigarettes and tobacco products at CVS/pharmacy is the right thing for us to do,” chief executive Larry J. Merlo said at that time.

The best thing that often happens with large-scale pivots like this is the network effect that follows. Taking a big step to remove tobacco gave everyone in the CVS ecosystem a shot of positive momentum. What followed? Their stock value went up; they won new customers and created new partnerships.

Unfortunately, many Fortune 500 companies have not made the commitment yet to be value-driven. Recently, Unilever (UN) found itself losing market share in the mayonnaise market after upstart competitor Hampton Creek introduced a more environmentally sustainable and healthier product. Instead of engaging with its customers to drive innovation, Unilever sued Hampton Creek, alleging that the startup’s Just Mayo line wasn’t really mayonnaise because it was egg-free. Unilever had to drop the suit shortly after it was revealed that some of the company’s products also didn’t meet the technical definition of mayonnaise.

Companies both big and small have a lot to learn from CVS Health. Here are four of them:

1. Focus on culture. Make your company’s purpose explicit and live your values in your business decisions.

2. Keep your customers close. Engage with them and find out what truly matter to them.

3. Make bold moves. This new world is not for the faint of heart. Sticking to the status quo is a death sentence.

4. Evolve with your customers. In human relationships, the ones that love you the most are the ones that help you become better. As they grow, brands need to continue to learn from their customers and engage them in a two-way conversation.

Andrew Reid is founder and president of corporate innovation at Vision Critical.