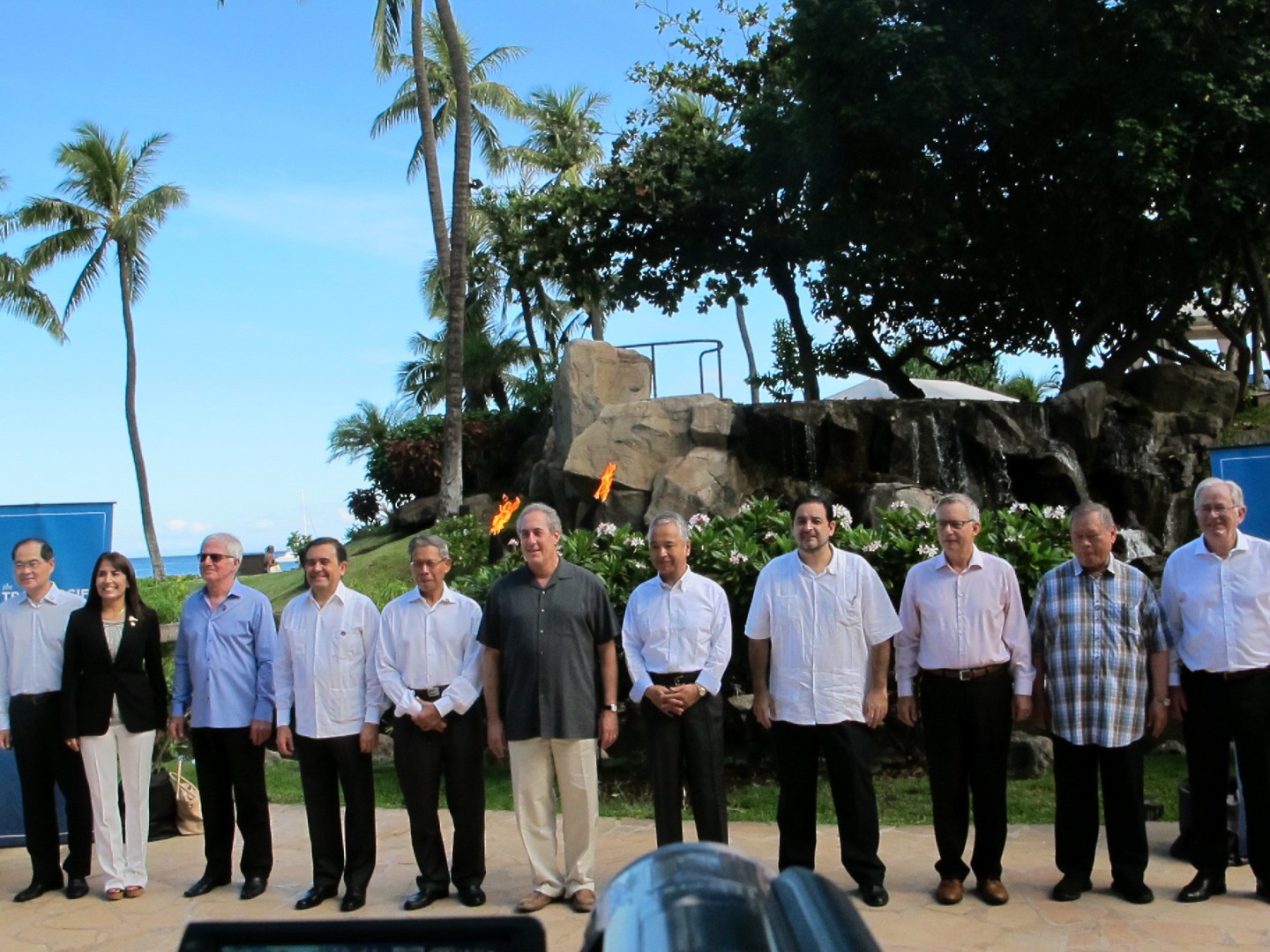 Pacific Rim trade ministers failed to clinch a deal on Friday to free up trade between a dozen nations after a dispute flared up over auto trade between Japan and North America, New Zealand dug in over dairy trade and no agreement was reached on monopoly periods for next-generation drugs.

Trade ministers from the 12 nations negotiating the Trans-Pacific Partnership, which would stretch from Japan to Chile and cover 40 percent of the world economy, fell just short of a deal at talks on the Hawaiian island of Maui but were confident an agreement was within reach.

“The undergrowth has been cleared away in the course of this meeting in a manner that I would say is streets ahead of any of the other ministerial meetings that we have had,” New Zealand Trade Minister Tim Groser said.

“You can see clearly that there are one or two really hard issues, and one of them is dairy.”

Australian Trade Minister Andrew Robb said the problem lay with the “big four” economies of the United States, Canada, Japan and Mexico. “The sad thing is, 98 percent is concluded,” he said.

Failure to seal the agreement is a setback for U.S. President Barack Obama, given the trade pact’s stance as the economic arm of the administration’s pivot to Asia and an opportunity to balance out China’s influence in the region.

The talks, which drew about 650 negotiators, 150 journalists and hundreds of stakeholders, had been billed as the last chance to get a deal in time to pass the U.S. Congress this year, before 2016 presidential elections muddy the waters.

The TPP seeks to meld bilateral questions of market access for exports with one-size-fits-all standards on issues ranging from workers’ rights to environmental protection and dispute settlement between governments and foreign investors.

Despite the progress made, issues pegged as sticking points going into the talks were still blocking a deal after four days of discussions.

New Zealand has said it will not back a deal that does not significantly open dairy markets, with an eye to the United States, Japan and Canada, as well as Mexico.

U.S. drugmakers want 12 years protection, but Australia has only five and Chile has none at all. “For us it’s vital to have an agreement that balances public policy goals for intellectual property in medicines,” said Chilean vice minister for trade, Andres Rebolledo.

“The U.S. was on one side of the issue, while practically every other country were on the other side,” a source from a non-U.S. negotiation nation said.

“Neither side was prepared to move and all claimed it as a red line issue.”

Japan and the United States had largely agreed on the rules of origin for cars, which determine when a product is designated as coming from within the free trade zone and therefore not subject to duties. But they ran into problems trying to get buy-in from Canada and Mexico, which are closely tied in to the U.S. auto industry.

Mexican Economy Minister Ildefonso Guajardo said Mexico was the world’s fourth-biggest auto exporter and he made no apologies for standing up for his country.

Japanese automakers source many car parts from Thailand, which is not a member of the TPP, and strict rules would upset existing supply chains.