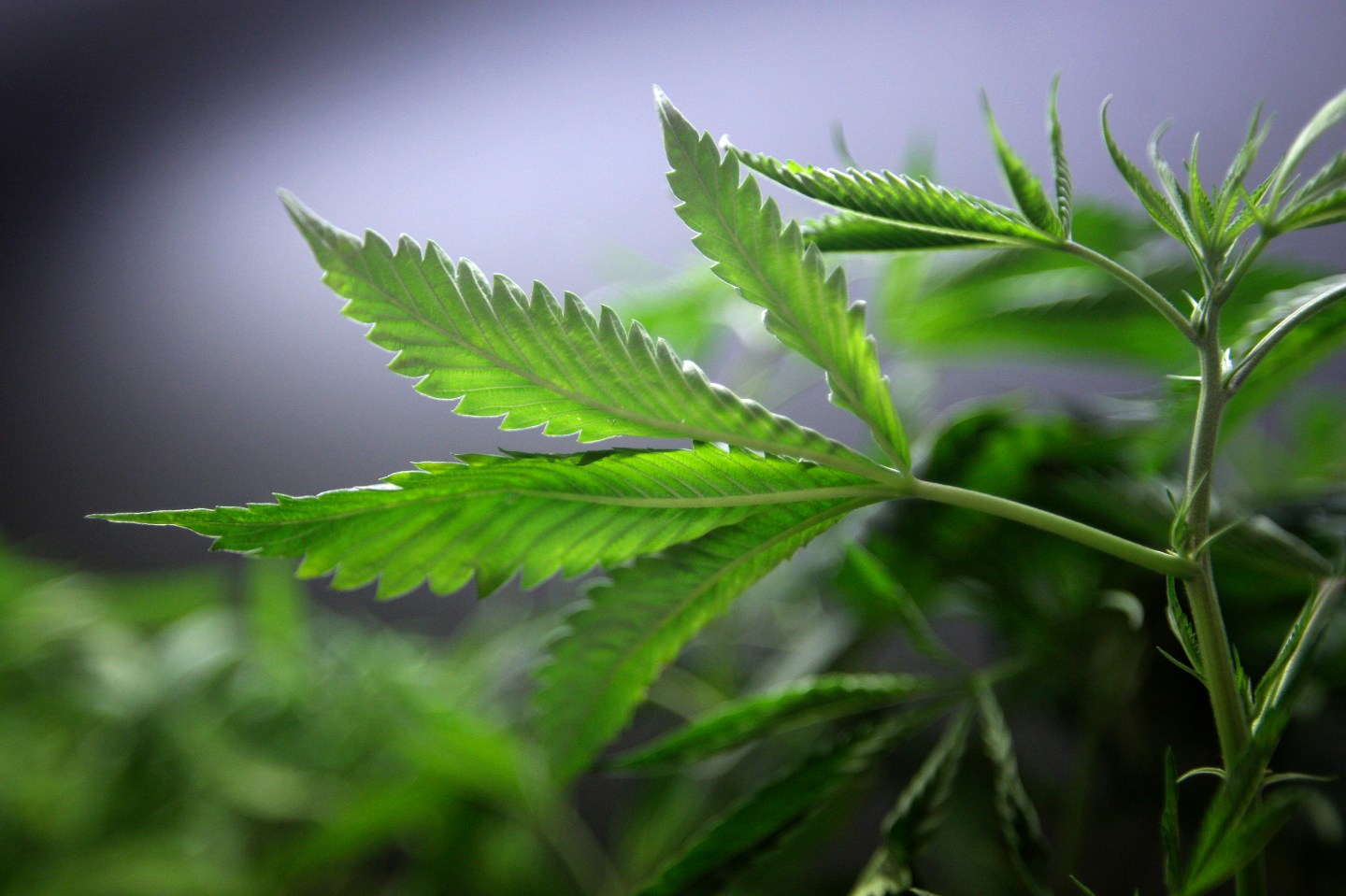 A common criticism of the medical marijuana industry is that a large portion, if not the majority, of patients are just feigning illnesses so they can get stoned legally. Potbotics co-founder David Goldstein doesn’t deny that’s true of some users, but sees much larger problems at play within the industry.

“Right now doctors give a general cannabis recommendation. It’s just a card that says, ‘Cannabis may be beneficial to you.’ There is no followup, no background check into your medical history, there is no real education process. It leads to people abusing the system,” he says.

Founded in 2013, the biotech company aims to help change how medical marijuana patients across the country are treated using three new revolutionary products. The first is called Brainbot, which lets doctors use EEG (electroencephalography) helmets to measure patients’ neurological reactions to different kinds of cannabis in order to accurately prescribe a particularly helpful strain. Next is the Potbot app, a virtual budtender—basically a marijuana sommelier—that comes in app and in-store kiosk forms, and recommends strains and strengths based on a patients ailments and previous cannabis use. Finally, Nanopot scans the DNA of marijuana seeds to help growers optimize the growth of their plants for desired levels of THC and other active ingredients.

Goldstein came up with the idea for the marijuana products after watching an elderly family member suffer from pain and inflammation following a surgery. “She had a very low quality of life with an opiate-based medication for pain relief. I started reading about cannabinol, about CBD [an ingredient in marijuana that relieves pain without any psychoactive effects],” he says. “I was able to get her a cannabis medical card and we were able to look at THC and CBD-infused topical creams, so she was never smoking it, but got a lot of relief from it. I was really galvanized by the fact that this is something other patients should have access to.”

Goldstein, who previously co-founded marketing company Crowdpunch, studied the hard data from numerous studies, particularly from ones in Israel, considered to be the world leader in medical marijuana, to create the one-of-a-kind Brainbot software. He then teamed up with his father, Dr. Baruch Goldstein, who uses EEG testing on patients with pre-Alzheimer’s symptoms to determine the effectiveness of different drugs on different patients. “I started really wondering why wasn’t this type of procedure in place for the cannabis industry,” he says.

Using independently manufactured, FDA-approved EEG equipment that’s readily available to physicians, they invented the online program, which measures biological and neurological markers for epilepsy, concussions and post-traumatic stress. Afterwards, using cannabinoid inhalers, patients consumed marijuana while doctors measured how differing strains helped soothed patients’ problem areas. “We ask them to come in between three or four times,” says Goldstein. “That way, we can get a model of relief based on different cannabinoid levels and better recommend cannabinoid levels for that specific patient, better personalize that recommendation in a way that doctors can really adapt into their process without having to learn a whole new field of study.”

The data then goes into a cloud-based, HIPAA-compliant Potbotics program, so experts can analyze the results. “The EEG we use only takes 15 minutes to apply, and within 20 to 30 minutes of training anyone could apply it, [whether it be] a nurse, or a doctor,” he says. “It gets quality checked in-state by a neurologist to make sure the actual EEG reading was performed correctly and then after that we give a feedback about what those cannabinoid levels said about that patient.”

Since marijuana strains have different amounts of active ingredients, each variety has different potentials for medicinal use. Knowing that a certain cannabinoid level will help ease a specific ailment allows Potbotics to help a doctor recommend the right variety for each patient, even if the strain name might sound like something out of a Cheech and Chong movie. “No doctor is ever going to recommend Alpha OG Kush to a patient. They’re not going to use that terminology, but if they said, ‘Look for a strain with a higher CBD value with this kind of range of CBN,’ now we’re talking something that’s a little bit more digestible and acceptable in the medical community.”

However, because strains vary so much—around 750 are on the market, though only about 300 to 350 can are verified to be genetically unique strains—Goldstein and co. created Potbot, a recommendation platform that will be available as an app and as a kiosk for dispensaries. “[For the platform] we ask some very basic information at first: What state are you in, what is your previous cannabis experience, what is your age, weight, gender? And then, the very next question we ask is what is the ailment you’re looking to learn more about, and what are the symptoms of that ailment you’re looking to relieve?”

The app will then display a number of different recommended strains with varying cannabinoid levels, so users can look for the ones that match their doctor’s advice and tell which dispensary has the necessary strains, as well as relevant ingestion methods. Meanwhile, the in-store Potbot kiosks he hopes to soon launch won’t serve as vending machines, but will be able to reflect a dispensary’s inventory.

Real-live budtenders, Goldstein says, won’t lose their jobs because of Potbot, as they’ll still need to talk people through the process of buying the drug and help soothe some patients’ apprehensions. He notes that many patients now are Baby Boomers who aren’t familiar with all the new ingestion methods and strains. “They say, when I get a Chardonnay or a Zinfandel, I know what I’m buying, so when I walk into a dispensary, I have no idea what’s going on.” Potbot, with the help of a budtender, will likely eliminate that confusion

With Potbot helping consumers and Brainbot aiding doctors, Nanopot exists to improve cultivators’ harvests. “We look at the genetics and specific enzyme matrices of seeds to better understand their growth patterns. What that leads us to better understand down the line is how to start optimizing for the specific cannabinoid, how to better replicate good medical grows,” Goldstein explains. “If we’re going to start recommending strain names and cannabinoid levels, it’s important to know how to replicate those levels.” Nanopot, however, isn’t as far along as Potbotics’ other products, and Goldstein estimates it’ll launch in late 2016, while Potbot and Brainbot are slated for release this fall.

Aside from adding more scientific data and legitimacy to the medical marijuana industry, Goldstein also hopes his company can help provide more information and better access to patients. “They can come to a doctor and say, ‘I’ve got stress.’ The doctor gives them a cannabis recommendation or something deeper, something they can follow up on to ask, ‘How has your cannabinoid therapy been treating you?’ Have you found relief?,'” he says. “We engage in a deeper level conversation than, ‘Here’s your card. Go on your way. Have fun.’ We wouldn’t expect anyone to ever go through that process when it comes to painkillers.”