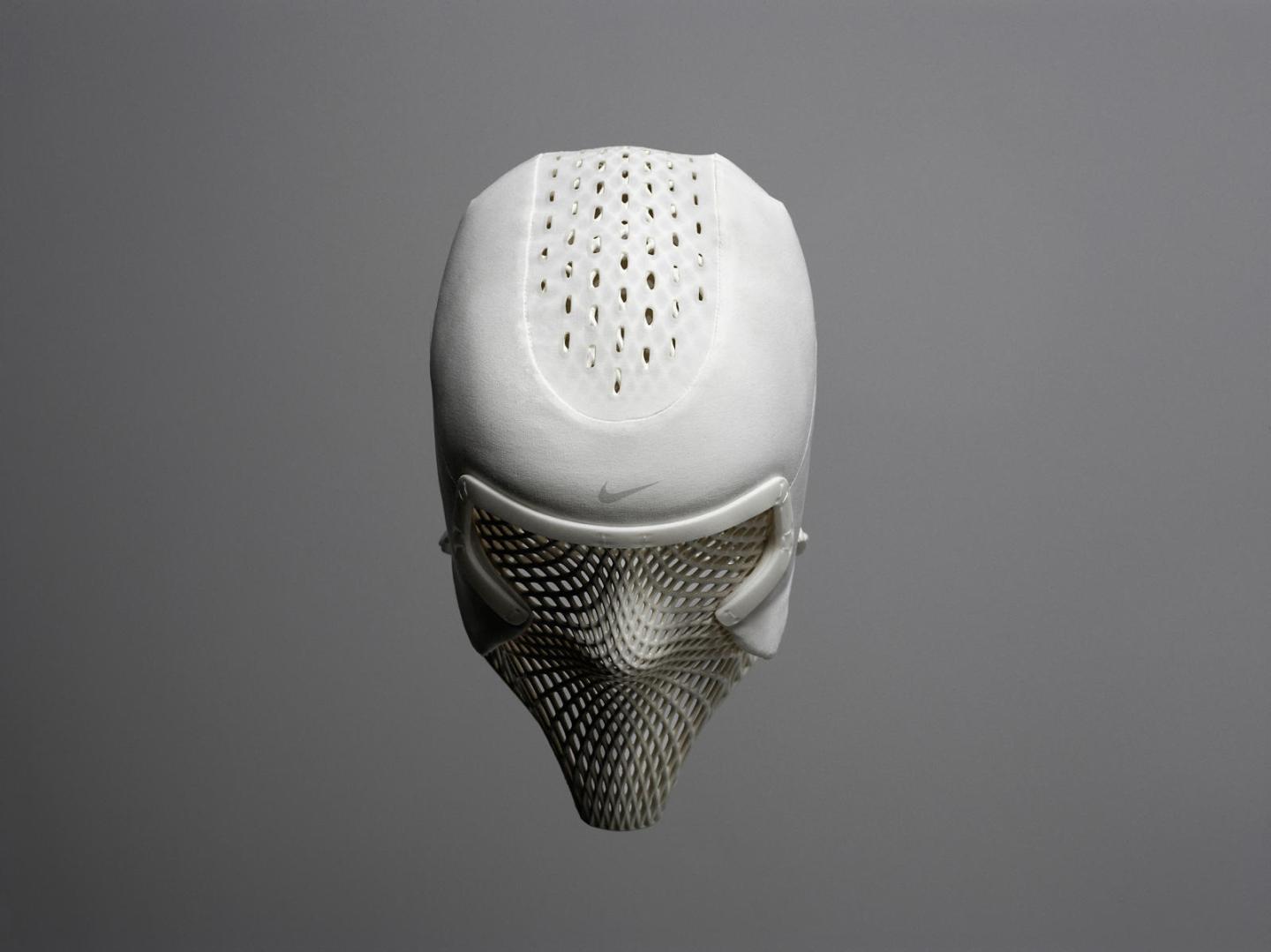 According to Nike, pouring a bottle of water on your head isn’t a good enough way to cool down after finishing a decathlon. The sporting goods company’s solution? A super-cooling piece of headgear, which doesn’t have a price tag yet, but is surely more expensive than a water bottle.

The device fits snugly like a hat on the forehead, head and neck, then drapes over the face with loose mesh. It may make athletes look straight out of a Friday the 13th set, but the cooling effect might be worth the bad photos. The hood is like a head-shaped ice pack, which surrounds the athlete with chilled water.

In a Nike (NKE) press release, Olympic decathlete Ashton Eaton, who is partnering with Nike to create the headgear, explains why he wants to wear a medieval ice pack helmet: “A perfect scenario would be to fell like you’ve just started on every event. There more you do, the more attrition you experience.” For Eaton, cooling off quickly isn’t a matter of comfort: it helps him regenerate between his ten events.

Eaton is testing the prototypes for Nike in the months leading to the 2016 Summer Olympics, according to Wired. Olympic athlete Brianne Theisen-Eaton, who is married to Eaton, will be testing out the hood during her summer training as well.