The latest luxury libation is a $1,500 Papá Andrés rum 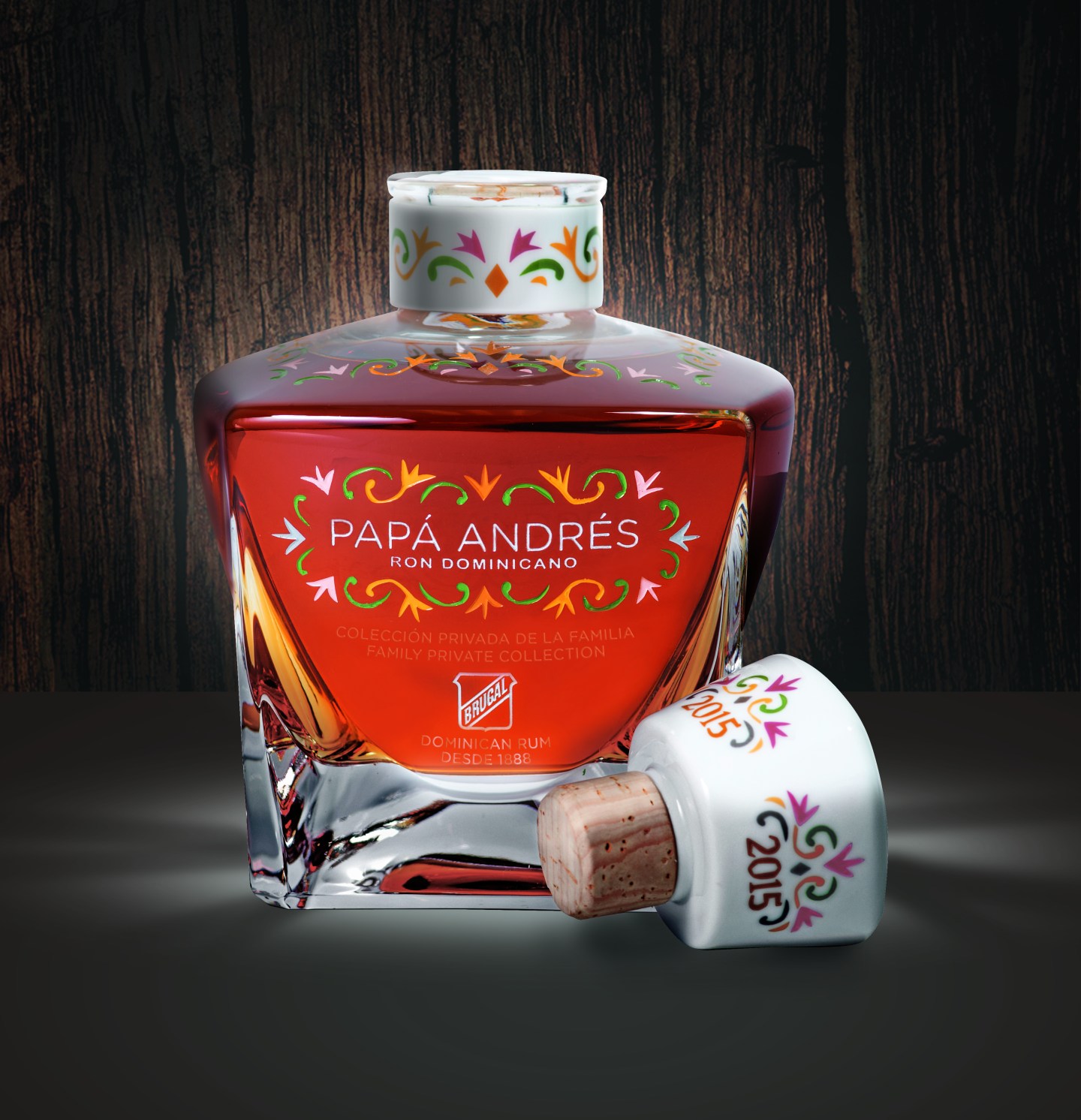 Rum isn’t a spirit usually associated with slow sipping and elegance. Scotch or cognac, surely, but rarely does rum get the same distinction. In fact, since the amber booze is often the base ingredient of popular cocktails like mojitos and daiquiris, it tends to conjure up images of tropical beach locales and spring breaks gone wild.

That party reputation is why the new $1,500 Papá Andrés 2015 Alegria Edition from Dominican Republic-based Brugal is something of a shocker. The Brugal family, who founded the 126 year-old label, have served Papá Andrés—named after the company’s founding father Don Andrés Brugal Montaner—for more than a half-century at family celebrations but only made it publicly available for sale in 2013.

Jassil Villanueva, 28, Brugal’s master blender and a fifth generation member of the family, created the second public version of Papá Andrés using rum from 36 casks part of the family’s private reserve ,which are under lock and key at the company’s warehouses in Puerto Plata. She extracted small portions of the alcohol from three different types of oak casks—Oloroso Sherry, Pedro Ximenez Sherry, and American Whiskey.

And though she freely talks about how integral the wood is to the final product, she’s not as forthcoming about the ages of the rum she used. “The ages are irrelevant,” she said in a phone interview. “I picked the best of the best we have.”

Villanueva says she spent a year in Brugal’s labs developing the blend, and a small sample is enough to attest to what a blend it is.

With an aroma of dried fruit and a touch of spice, the golden-amber colored rum is smooth, woody and slightly caramel like on the tongue. It coats the mouth but is also surprisingly light and has notes of vanilla which linger at the finish.

Villanueva recommends serving Papá Andrés neat as an aperitif to take in its full complexity. “If you’re having it for the first time, your best pairing will be good company,” she said.

For subsequent drinking, she says that it makes for good after dinner sipping with plain dark chocolate.

Papá Andrés comes in a heavy crystal decanter which the notable Spanish designer Javier Mariscal decorated with a green, white and yellow floral pattern inspired by the colors of the Dominican Republic. The artist, who is also behind the 2012 Oscar-nominated adult animation movie “Chico Y Rita,” illustrated the book accompanying the bottle that recounts the story of Papá Andrés and the history of Brugal.

The $1,500 Alegria edition might be the highest of high-end in its category, but it reflects a larger trend of rum as a luxury product. According to statistics from the Distilled Spirits Council of the United States, a Washington D.C.-based trade group, 24.5 million cases of rum were sold in the United States in 2009. In 2014, that number was 25.2 million. That’s not much of a rise overall, but the jump came at the high-end as luxury rums begin hitting the market.

While total sales of value rum stayed flat or went down, sales of super premium rum—bottles priced $40 or more—increased from 197,000 to 447,000 cases in that same period. Frank Coleman, a senior vice president of the organization, says that luxury rum is part of the movement of Americans gravitating towards high-end spirits. “People want luxury more than ever when it comes to premium distilled spirits, and expensive rum fits in to that trend,” he said.

If rum connoisseurs or luxury spirit lovers in general need a reason to justify the cost of Papá Andrés, they can feel good knowing that all the profits from the 1,000 bottles produced (only 97 are available in the United States) go to the Brugal Foundation, a charity the eponymous family established in 1988 to support development and reduce poverty in the Dominican Republic.