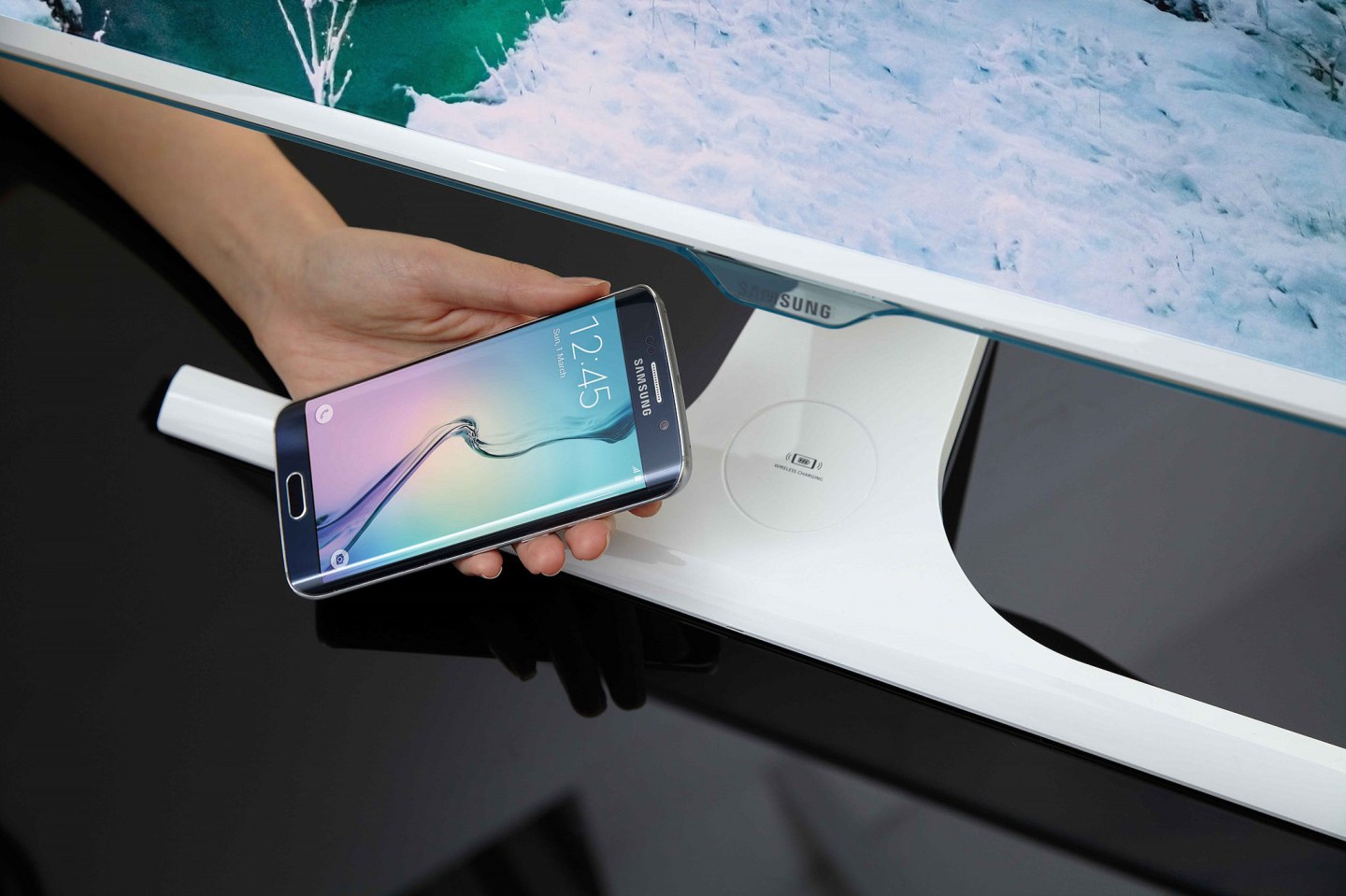 The new Samsung SE370, the industry’s first monitor with an integrated wireless charging function for mobile devices.
Courtesy of Samsung

Samsung has unveiled the SE370 — don’t ask us how the company names its devices — and has touted it as the world’s first monitor with an integrated wireless charging function for mobile devices, the company announced in a statement.

Using the Qi wireless charging standard, viewers can place their phone on a circular wireless charging area at the base of the monitor. Charging begins automatically, and you can pass the time by wondering if the second season of True Detective on HBO is really worth your time.

The SE370 also features an eye-saver mode that aims to reduce eye strain and the harmful effects of blue light on monitor viewers. No word from the company, however, on pricing and when the monitor might go on sale.

The release of a phone-charging monitor can be seen as a complement to Samsung’s line of phones, including their just-released Galaxy S6 and S6 Edge. The monitor can also be interpreted as a way to jumpstart sales of their new models, which failed to prevent Samsung from posting its seventh consecutive decline in profits recently. Analysts were quick to put the blame on Samsung’s flagship smartphone series, the Galaxy S6, and a failure to correctly anticipate the demand for both the S6, and S6 Edge.

Samsung still occupies the largest share of the global smartphone market, however, with around 25% of phones shipped. Samsung also leads the global flat TV market with a 29.2% share.