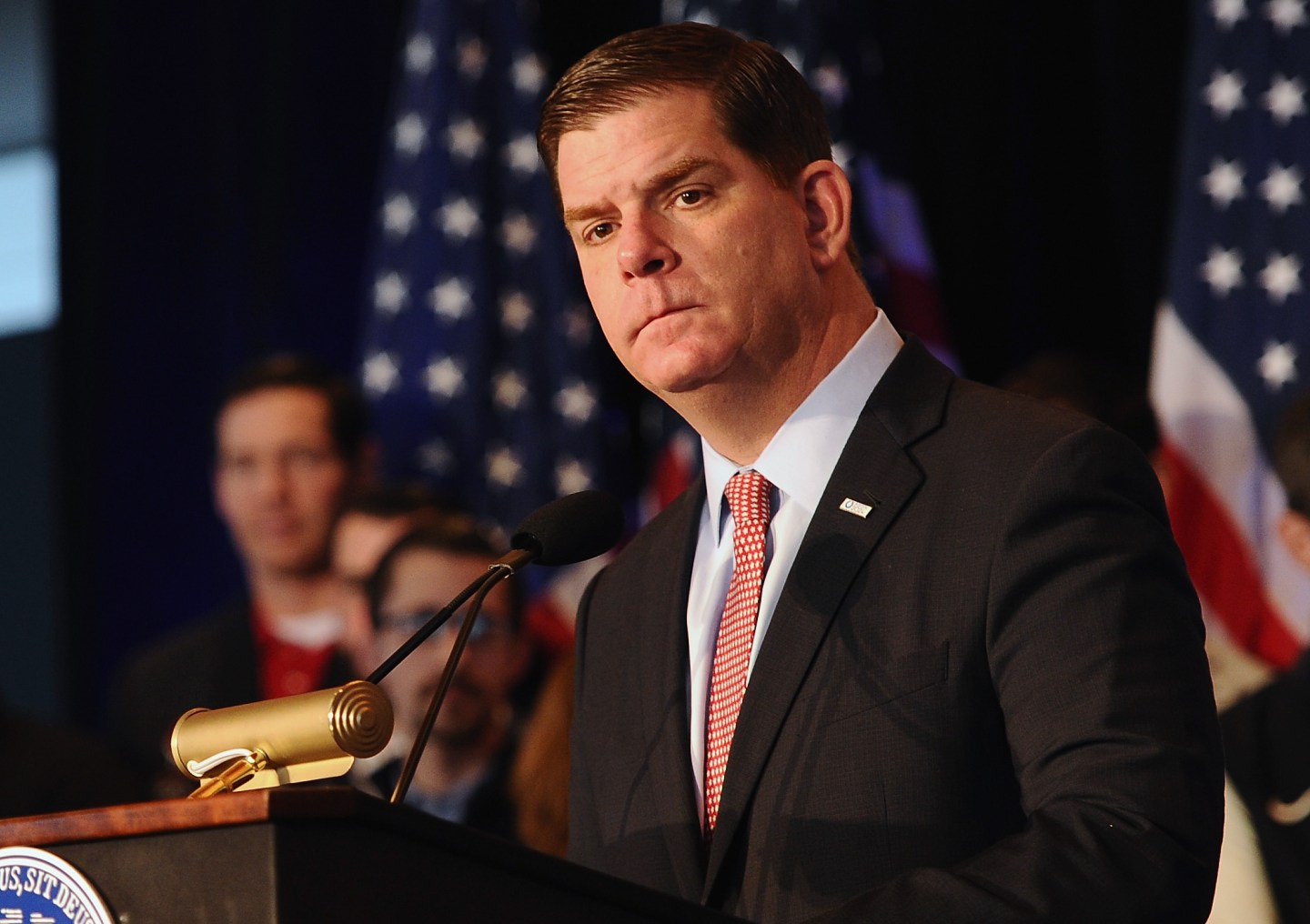 Boston Mayor Martin J. Walsh addresses the media during a press conference to announce Boston as the U.S. applicant city to host the 2024 Olympic and Paralympic Games at the Boston Convention and Exhibition Center on January 9, 2015.
Photograph by Maddie Meyer — Getty Images

The pursuit of a Boston Olympic Games looks more and more like a long shot.

In a press conference held on Monday morning, Boston Mayor Marty Walsh said he couldn’t support the city’s bid to potentially host the 2024 Olympic Games if it meant signing a host city contract now, as he has been asked to do by the U.S. Olympic Committee. Walsh has stated he wouldn’t commit to anything that would rely on taxpayers funding the Games. The International Olympic Committee intends to select a host city in 2017.

In January, Boston was tapped as the city the U.S. Olympic Committee would back to represent the nation to possibly host the Games, which would be the first held in the United States since the 2002 Winter Games in Salt Lake City (the last Summer Games were held in 1996 in Atlanta).

But local support for the games has been very weak, and Boston’s mayor says he wants to assure that cost overruns, which have hurt other Olympic-hosting cities in the past, won’t dent Boston’s finances.

The potential loss of a Boston bid comes at a time when many Western cities are passing on the opportunity to pursue the heavy burden to host an Olympic Games. While the IOC and some cities that chase the privilege to host the games claim there is a financial incentive to host the games, including a short term jolt in economic stimulus to prepare for the games and potential long term benefits from increased tourism, many cities end up in debt long after the games have ended.

That explains why some recent bidding processes have led many cities to drop out of the running, often due to low public support. The 2022 Winter Games, in particular, is having a tough time finding willing host cities.