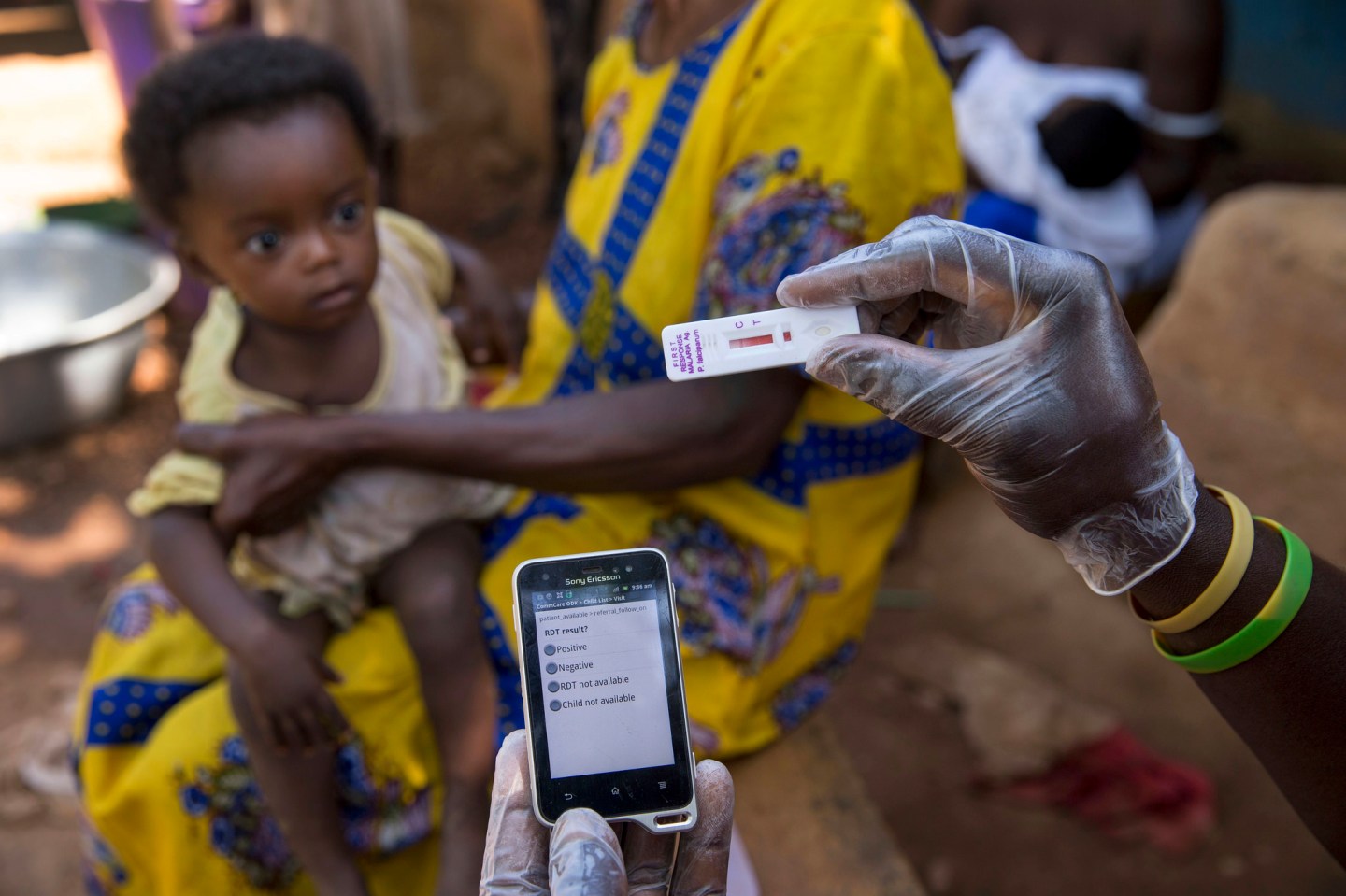 The world’s first-ever malaria vaccine, developed by GlaxoSmithKline, has won backing from European regulators, marking a critical step in the fight against a disease that kills nearly half a million people each year.

Mosquirix, also known as RTS,S, has been in development for 30 years. It initially started as a concept within Glaxo; over the years, the Walter Reed Army Institute joined in on clinical development, and the Bill and Melinda Gates Foundation contributed more than $200 million in financing. In all, more than $565 million has been invested to create the vaccine.

“This is a historic achievement,” said Moncef Slaoui, head of Glaxo’s vaccine division, who has worked on the vaccine for 27 years. “Especially in the U.S., so many diseases are so effectively controlled by vaccines that we forget their power. But, when children die too commonly, you realize that vaccines are transformational.”

Malaria is caused by parasites that are transmitted to humans via the bites of infected mosquitos. The disease caused an estimated 584,000 deaths in 2013, and most of those were among African children. Malaria deaths have fallen by 47% globally since 2000 thanks to greater prevention efforts, including insecticide-treated nets, indoor spraying with insecticides, and better diagnostics and drugs for treatment.

The EMA approval is the first major step to bringing the vaccine to the public. Under World Health Organization guidelines, such an approval is needed before the organization can recommend its use. EU sign-off also makes approvals easier in individual African countries, where malaria runs rampant. WHO is expected to provide its policy recommendations by November 2015, wrote WHO spokesman Gregory Hartl in an emailed statement.

“WHO’s policy recommendations take into account several additional factors not addressed by regulators,” wrote Hartl. “These include feasibility of implementation, affordability and cost-effectiveness.”

The final Phase III study of Mosquirix, which is what the EU group used to determine its decision, included more than 16,000 children across seven African countries. It was given to both infants, aged 6 to 12 weeks, and toddlers, aged 5 to 17 months, and included the initial vaccine and up to three booster shots.

The vaccine regimen reduced the number of malaria cases by 39% in toddlers and 27% in infants, the company said. More important, since a child can get malaria multiple times within a single year, the vaccine prevented 6,000 cases per 1,000 vaccinated children over four years in areas of Sub Saharan Africa with the highest incidence of the disease.

The trials were conducted under optimal circumstances, where children also benefited from prevention efforts like bed nets and vigilant screening for signs of the disease. In environments where prevention protocols are not as strong, the vaccine could have an even more powerful effect and protect a greater percentage of those who received it, said Slaoui.

Mosquirix is the first vaccine of its kind to fight a parasite. Up until now, vaccines have been directed at viruses and bacteria. “Parasites are very elaborate pathogens,” said Slaoui. “Vaccines to fight parasites haven’t been approved until now because it really required cutting-edge technology.”

The vaccine targets T cells, part of the body’s immune system, leveraging those cells to find and destroy the malaria parasite; in that way, Mosquirix works differently from most vaccines, which use antibodies to prevent diseases. The innovative technology also has potential beyond malaria; Glaxo has used the breakthrough to develop a vaccine for shingles that’s shown high efficacy across age groups.

Mosquirix is a first-generation vaccine, said Slaoui. Glaxo is already working on a second generation vaccine that could be even more effective. Slaoui says researchers, it’s expected to enter trials within the next 12 to 18 months. Glaxo will sell the current vaccine at cost plus a 5% markup; the profits will be reinvested in research of underfunded tropical diseases.