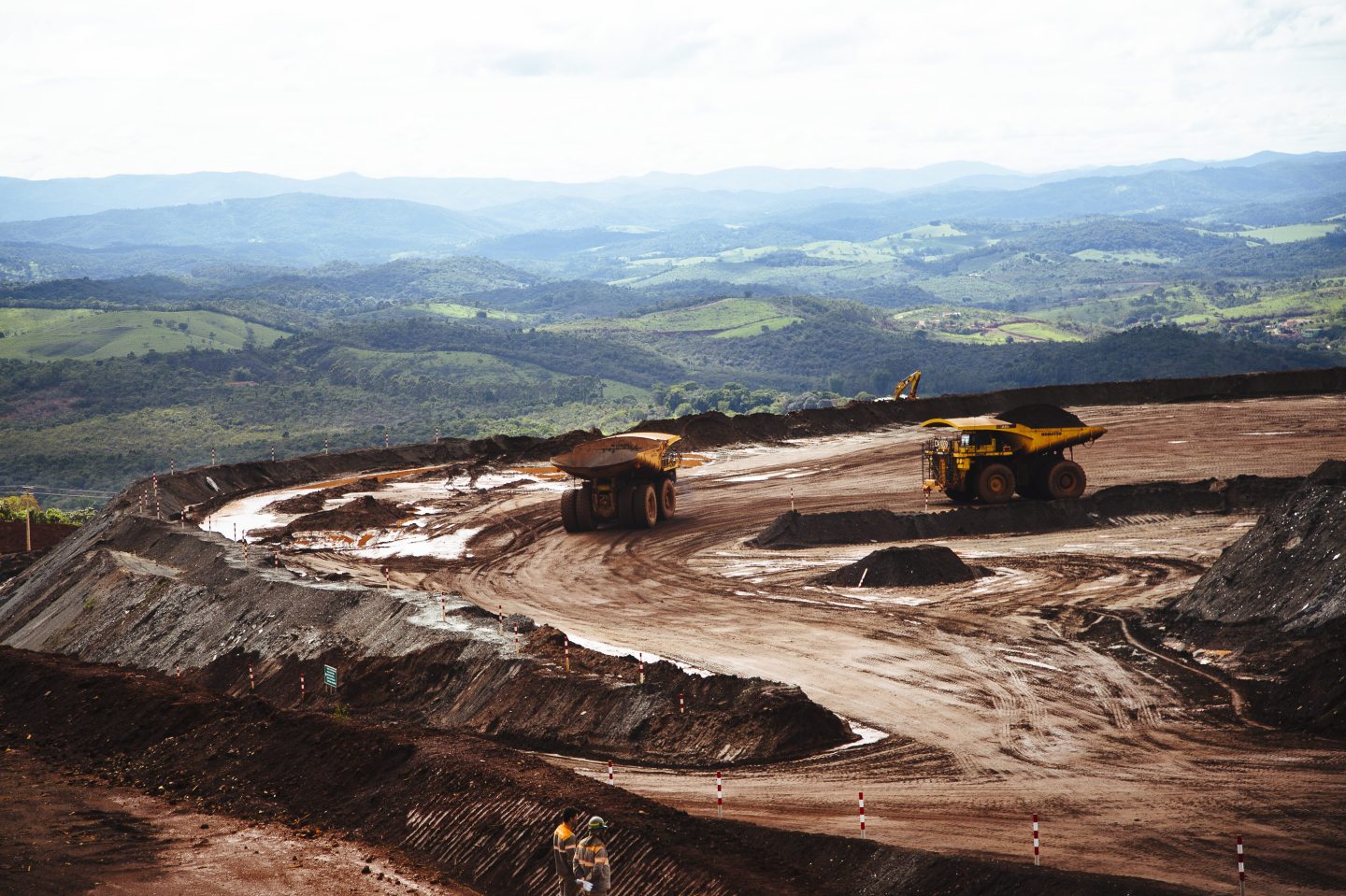 Global mining giant Anglo American Plc (AAUKY) said Friday it will shed tens of thousands of jobs in the next couple of years and might put up more assets for sale as it battles an accelerating slump in metals prices that has dragged its shares down to a 13-year low.

The company posted a steep fall in first-half profit after a rout in prices of metals from platinum to iron ore, and said the next six months could be even worse.

“Quite frankly we didn’t expect the commodity price rout to be so dramatic and in all likelihood the next six months are going to be even tougher,” CEO Mark Cutifani said during a presentations with analysts. “We have pulled costs out of the business but we need to do more because prices continue to deteriorate.”

The rout has only gotten worse in the last couple of weeks, as fears have spread that demand from China, which has underpinned prices for most commodities for the last two decades, is weakening as the country shifts to a less industry-intensive economic model. Figures out Friday showed Chinese manufacturing conditions were at their worst in over a year.

Anglo, the world’s fifth-biggest diversified global mining group by market capitalisation, said it would cut about 6,000 of its almost 13,000 office-based and other non-production roles globally, 2,000 of which will be transferred through the sale of some assets. In the longer term, Anglo, which employs 151,000 staff worldwide, aims to reduce its workforce by about a third, it said.

If market conditions soured further, the company may put up for sale more of its underperforming assets than now planned, Cutifani said.

The London-listed company, in the middle of a turnaround effort launched by Cutifani in 2013, has suffered more than peers from the drop in metals prices, mostly due to higher-cost iron ore operations than its larger competitors and a platinum division afflicted by rising costs and falling prices.

Its share price has fallen by about a third this year as investors worry about the slow pace of Cutifani’s revamp, focused on improving the productivity of its mines and divesting non-core assets. It rose 2% by lunchtime in London Friday, however.

Anglo is not the only one to feel the pinch.

Platinum producer Lonmin (LNMIY) outlined on Friday plans to cut thousands of job and to close loss-making mines. Larger rivals Rio Tinto (RIO) and Glencore (GLNCY) have also cut hundreds of jobs this year, while BHP Billiton (BHP) has announced over $5 billion of write-downs this month.

“This is a significant change and I know it will be unsettling for many, but it is the minimum that we need to do to compete with our major competitors and ensure the sustainability of our business,” Cutifani said in a letter to staff, seen by Reuters.

“This will be another tough few months, but it is the right call to accelerate our plans now to create the Anglo American that we all want to see–effective, efficient and robust.”

Anglo said its basic underlying operating profits in the first half of the year fell 36% percent, in line with expectations. It resisted pressure from analysts to conserve capital by cutting its dividend, keeping the interim payout at 32c a share.

In line with an earlier warning, it took a non-cash charge of $3.5 billion against earnings, its second this year. The charge is mostly related to its recently launched Minas Rio iron ore mine in Brazil, which has been plagued by delays and cost overruns since Anglo bought it in 2007-2008 for about $5.5 billion.