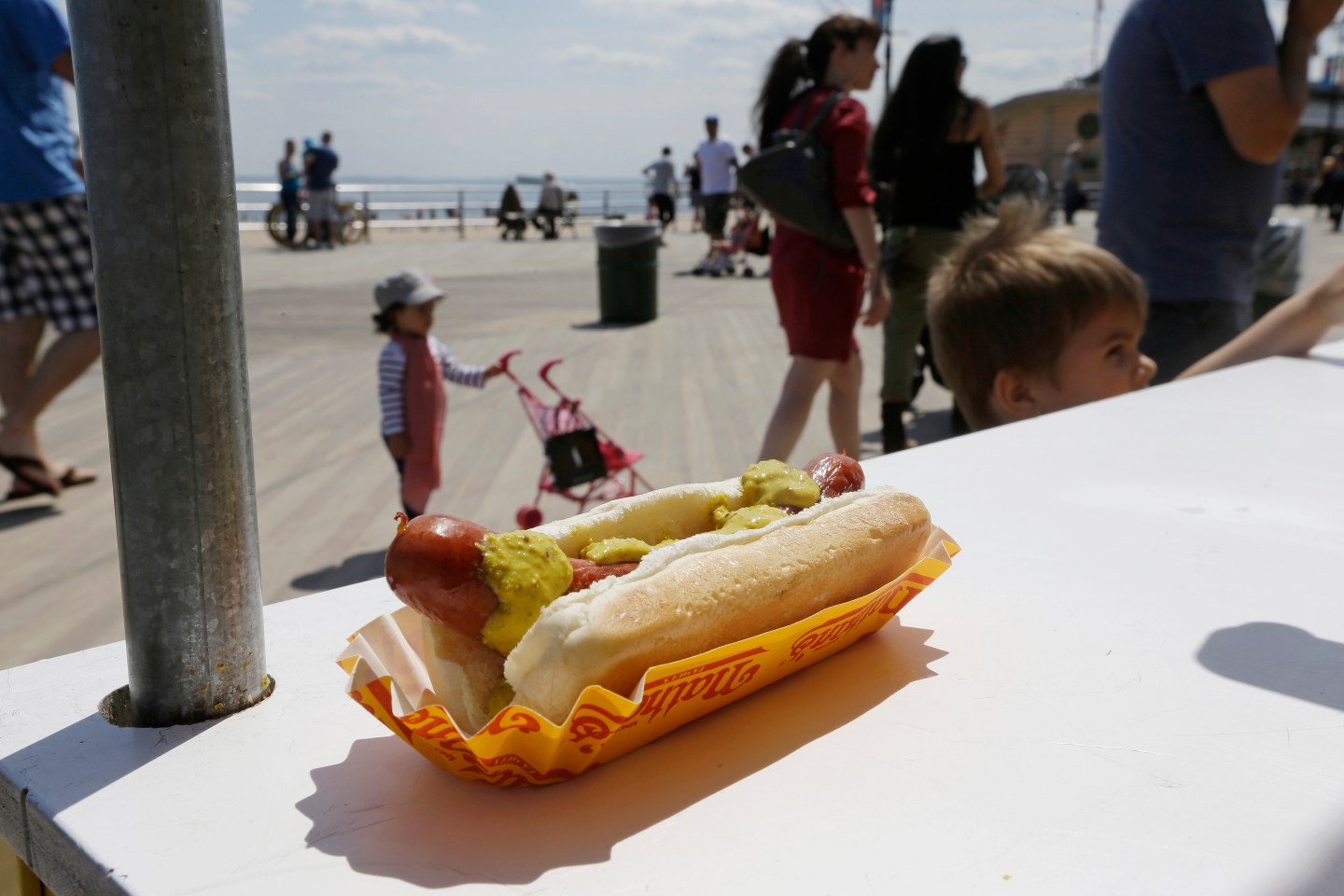 Pedestrians pass a Nathan's Famous hot dog Tuesday, May 20, 2014, in the Brooklyn borough of New York. The James Beard Foundation on Tuesday announced that its awards ceremony honoring the best chefs and restaurants is moving to Chicago after 24 years in New York City. It's more proof that Chicago is home to one of the country's hottest restaurant scenes. But who's got the better eats? (AP Photo/Frank Franklin II)
Photograph by Frank Franklin II — AP

The Coney Island-hot dog maker went so far as to tweet its consternation over the lack of an icon on the popular texting feature. “The world cannot live on 🍔 and 🍕 and 🍟 alone. Give us #HotDogEmoji. Share to show your support!”

The timing, of course, is impeccable with the national holiday on Thursday. Fun fact: “In 2014, consumers spent more than $2.5 billion on hot dogs in U.S. supermarkets,” according to the National Hot Dog & Sausage Council.

Nathan’s then tweeted out a YouTube video in which throngs of people express their passionate desire for the American meat product. It’s only 15 seconds long, but it certainly gets the point across.

Check out the video here:

The world cannot live on 🍔 and 🍕 and 🍟 alone. Give us #HotDogEmoji. Share to show your support! https://t.co/tcVMyNb87Z