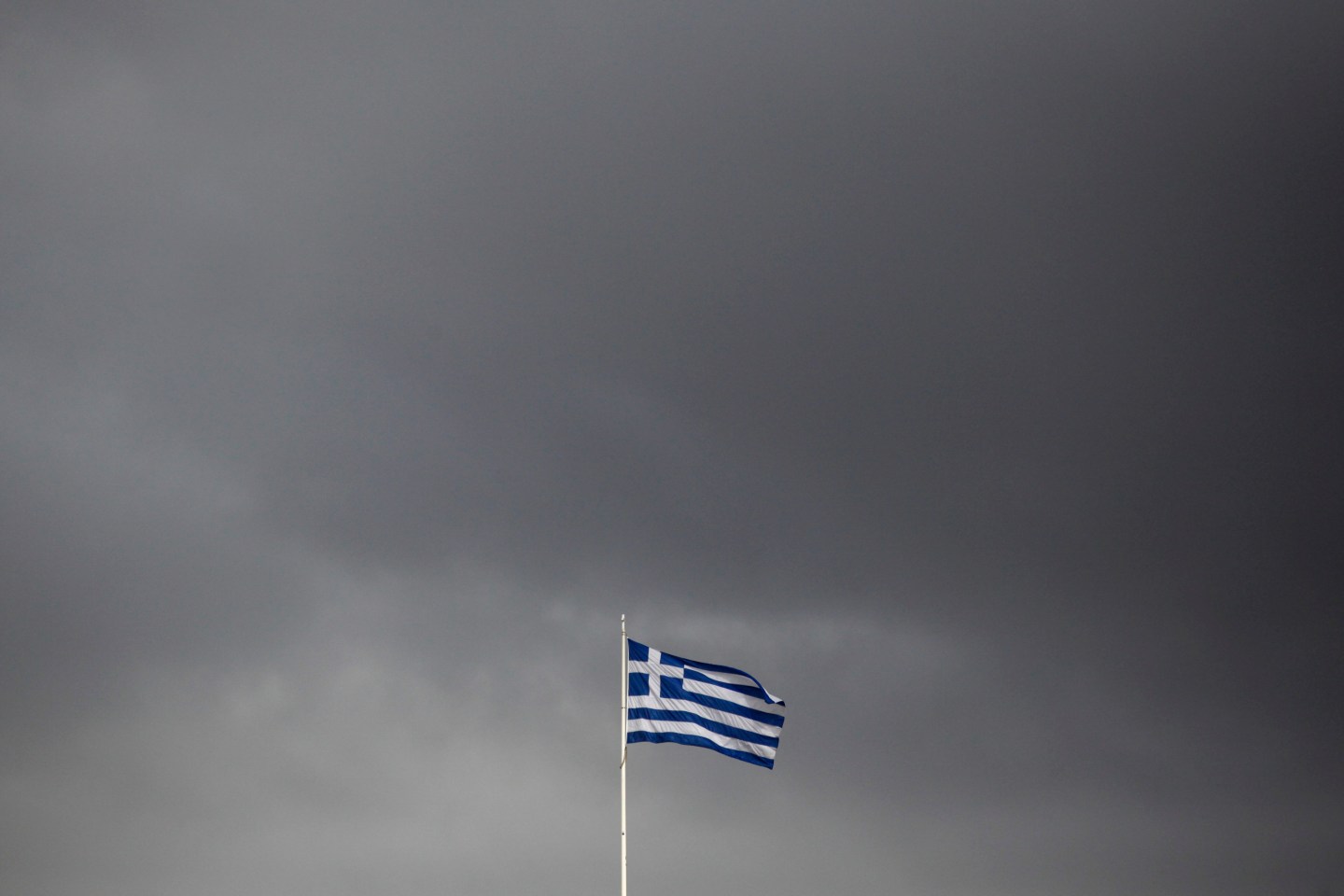 A European Union (EU) flag flies above the Greek parliament in Athens, Greece, on Tuesday, Feb. 24, 2015. Greece moved closer to winning an extension of financial aid after the head of the group of euro-region finance ministers said creditors were favorable toward the government’s package of new economic measures. Photographer: Kostas Tsironis/Bloomberg
Photograph by Kostas Tsironis — Bloomberg/Getty images

Despite its often gloomy weather, there’s a good reason why the UK is drawing the attention of Greeks. Following the economic crisis in Greece, people—namely those of high intellectual worth—are looking to this island for work.

The UK, with some of the lowest unemployment rates in Europe (5.5% as of April), is seeing an influx of educated Greeks. Lois Labrianidis, a professor of economic geography at the University of Macedonia in Thessaloniki, told the New York Times, “This is unprecedented in terms of the numbers of educated people that are leaving.”

The UK’s leading independent job-site, CV-Library.co.uk, reveals that, following the economic crisis in Greece, web traffic to its site from Greek job hunters has more than doubled from the previous year.

The promise of the UK being a place of economic opportunity is not unfounded. Wages in the UK, according to The Guardian, “are forecast to grow by 3.7% in 2018, still 0.7% short of the pre-crisis average.”

Additionally, according to a Recruitment and Employment Federation JobsOutlook survey, “Seventy-four per cent of employers intend to take on permanent staff in the next three months.”

So with optimistic figures in employment, availability, and wages many Greek workers are turning to the UK for work—exacerbating the brain drain of Greek intellectuals from Greece.