A huge percentage of Etsy sellers are women 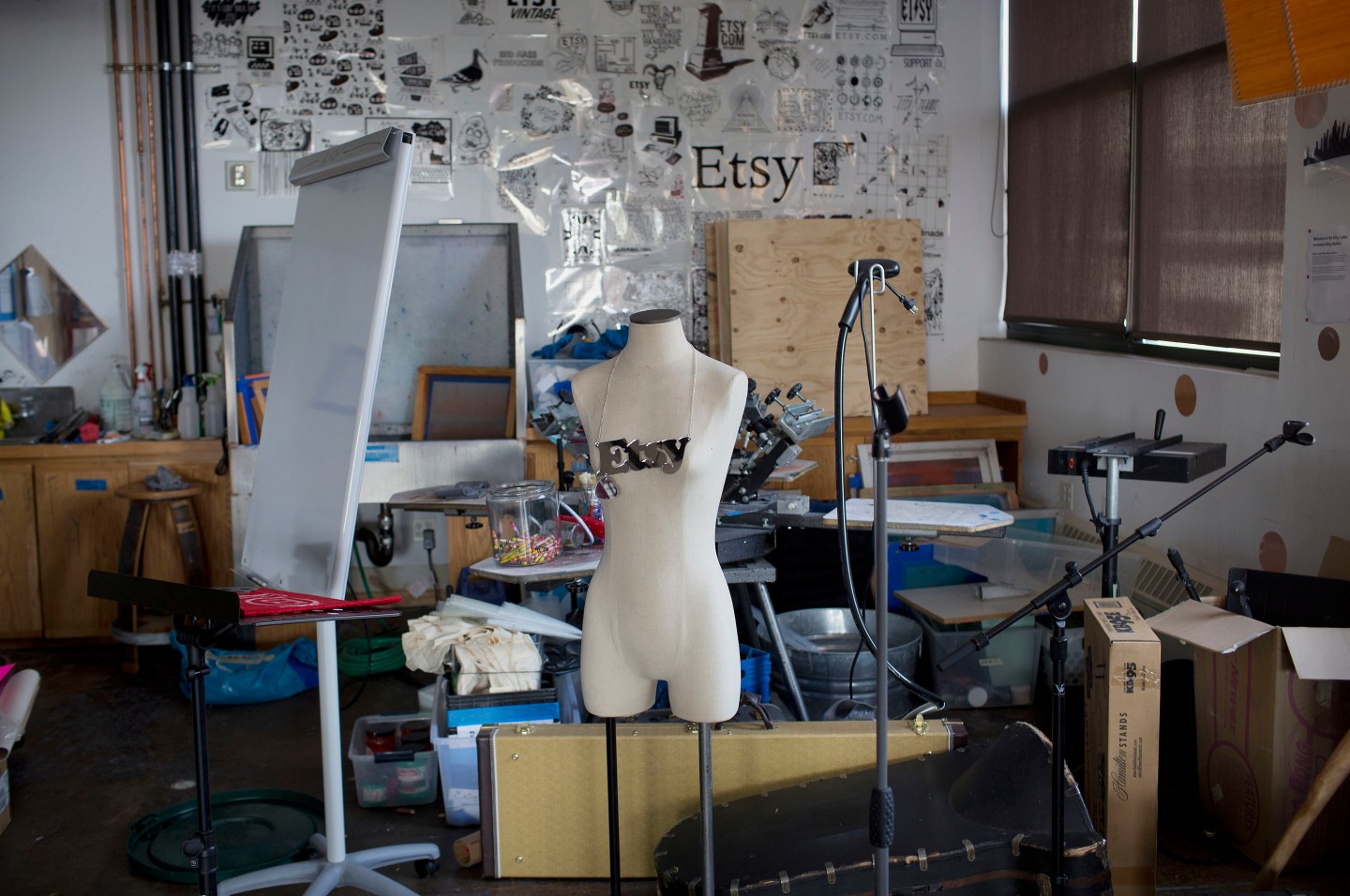 Caption:An Etsy necklace hangs on a mannequin in the craft lab at the company's headquarters in the Brooklyn borough of New York, U.S., on Monday, May 4, 2015. Etsy Inc., a marketplace for handmade and vintage goods, raised $267 million in its initial public offering. Photographer: Victor J. Blue/Bloomberg via Getty Images
Photograph by Victor J. Blue — Bloomberg/Getty Images

Take a look through the names of Etsy store owners online and you’ll notice something cool: They’re nearly all run by women. In fact, 86% of Etsy (ETSY) businesses have female owners, according to a report released by the company.

Meanwhile, just one-third of businesses in the U.S. are run by women, according to the Los Angeles Times. Brooklyn-based Etsy reported that 56% of sellers have a college degree and have an average household income of $56,180.

The median age of the sellers is 39 and over a third are less than 35-years-old.

“When you think of an entrepreneur, who do you picture?” asks Althea Erickson, Etsy’s global policy director, in a blog post announcing the report. “I don’t immediately picture my neighbor, who sews baby quilts at her kitchen table on evenings and weekends, and drops off packages at the post office during her lunch break. Yet that last image is very much the picture of an Etsy entrepreneur.”

“They’re the kind of people that got a lot of compliments on their items and people said, ‘You should sell it,'” said Sucharita Mulpuru, a Forrester Research analyst, to the newspaper. “Etsy provided them a platform for doing so.”

76% of Etsy sellers consider their shops to be businesses, and 30% focus on their creative businesses as their sole occupation. This business mindset is also reflected in Etsy sellers’ aspirations—90% wish to grow their sales in the future.

The Etsy report surveyed 4,000 sellers from November 2014 to January 2015. The company says that there are 1.4 million active Etsy sellers around the world.