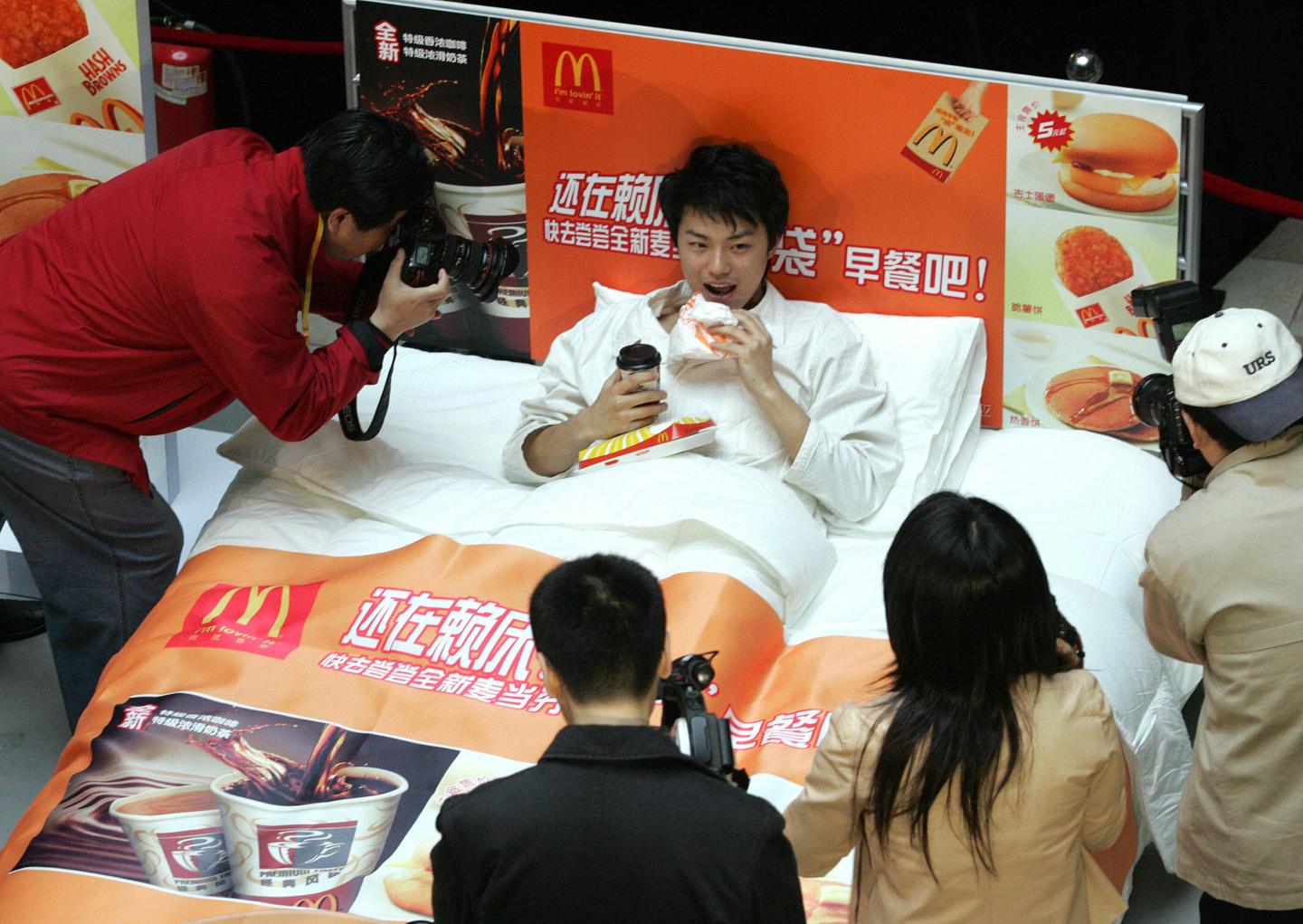 Beijing, CHINA: A Chinese staff of US fastfood giant McDonald's poses on a bed for photographers during a latest promotion for their new breakfast meal, in Beijing 28 March 2007. Fast-food giants McDonald's, Kentucky Fried Chicken, and Pizza Hut have been accused of violating Chinese labour laws by underpaying part-time workers by up to 40 percent. AFP PHOTO (Photo credit should read STR/AFP/Getty Images)
Photograph by Getty Images

Well, that was fast: just months after it began testing an all-day breakfast menu in some markets in April, McDonald’s is eyeing October to roll out the option nationwide.

The Wall Street Journal has the details on a memo McDonald’s (MCD) sent on Tuesday to all U.S. employees and franchisees that alerted them to be ready. The memo was sent by LeAnn Richards, a franchisee in Tucson who led a task-force studying the success of all-day breakfast. (The result: people love it.) McDonald’s began the testing in San Diego in April, then quickly expanded to 12 locations in Mississippi, then to stores in Nashville.

McDonald’s has been struggling for more than two years, with Q1 2015 earnings, down for the sixth consecutive quarter. That was in April, two months after it fired CEO Don Thompson. (The company’s financial woes were chronicled in a December 2014 Fortune cover story.)

Can egg McMuffins and orange juice buoy the food giant back to growth? It had better, since other efforts have not done the trick: McDonald’s franchisees, in a recent survey, said the turnaround isn’t working, leading one analyst to give the company the worst six-month outlook he had seen in 21 years. Thus, new CEO Steve Easterbrook is placing high hopes on the power of breakfast—for lunch and dinner.