Parents are shelling out more money for kids to attend college 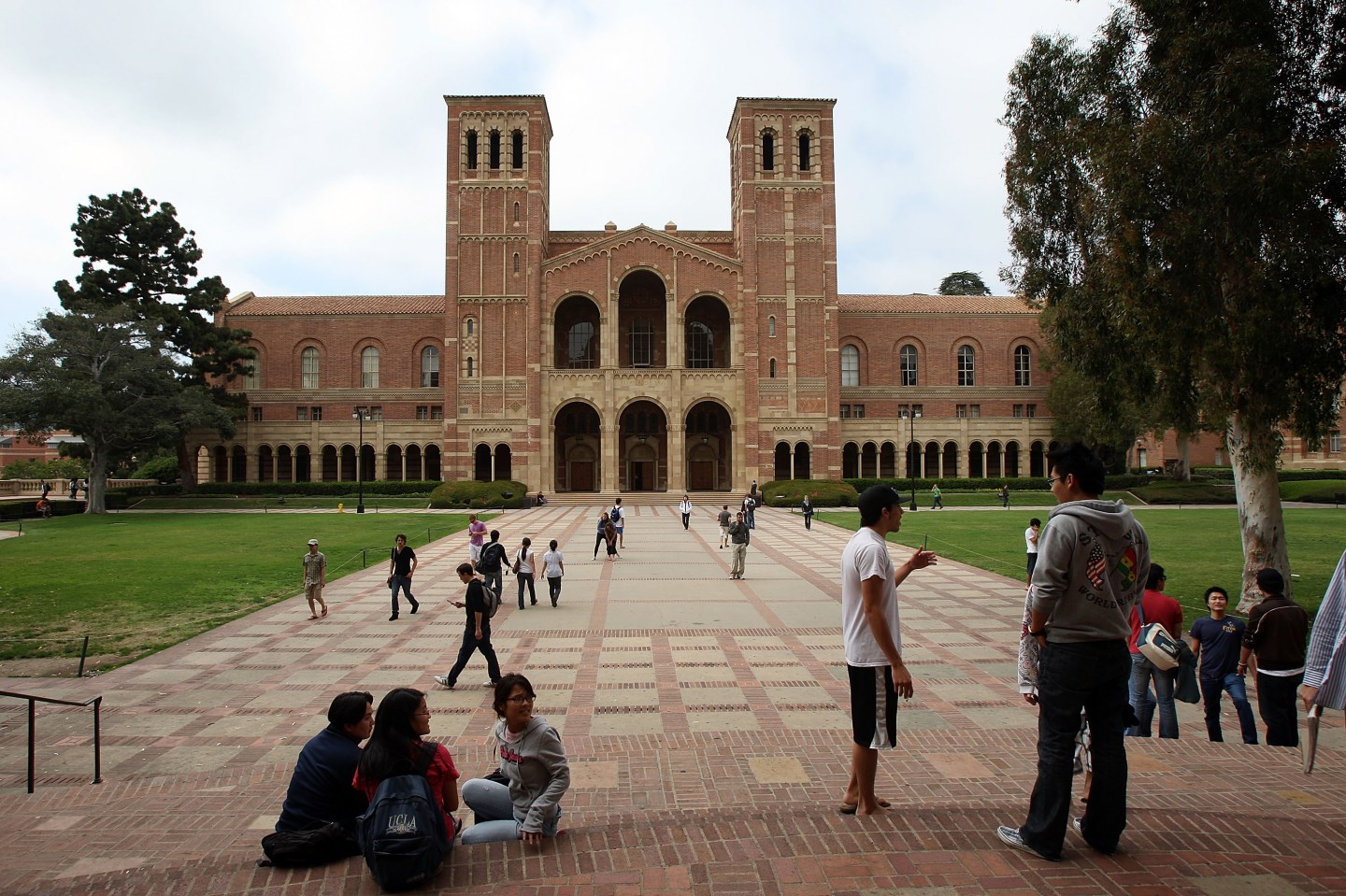 LOS ANGELES, CA - MAY 28: Students go about their business at University of California, Los Angeles (UCLA) as the prospect of billions of dollars in cuts looms for California after voters turned down a suite of tax and budget-reform measures in a special election this month to deal with the massive state budget crises May 28, 2009 in Los Angeles, California. In response, Gov. Arnold Schwarzenegger has proposed sweeping cuts to social services including eliminations of cash assistance for 1.3 million impoverished state residents, making California the only state with no welfare program, closing 80 percent of the state parks, and slashing education and vocational programs and grants. Medi-Cal insurance coverage for dialysis and breast and cervical cancer treatment for those over age 65 would stop, as well as non-emergency care for undocumented immigrants. With cuts to prisons, rehabilitation and sentencing, non-violent, non-serious offenders would be set free a year early. (Photo by David McNew/Getty Images)
Photograph by David McNew — Getty Images

Parents opened their wallets more generously in the 2014-2015 school year, a report shows, reclaiming their place as the primary source of college funding for the first time since 2010.

Parental income and savings now cover 32% of college costs, surpassing scholarships and grants as the largest share of college funding, according to the How American Pays for College 2015 survey, released by Sallie Mae. The percentage of college funding contributed by parents’ savings and income had hovered at and below 30% since it nosedived from 37% in 2010.

But the increased wallet-opening isn’t just linked to rising tuition. Parents are less worried about a volatile economy impacting their ability to pay for college. Only 17% of parents reported extreme concern that losing a job would impact their income, compared to 23% in 2014. In 2015, 62% of families eliminated potential colleges because of the cost, down from 68% in 2014 and the lowest percentage since 2009. The financial worries of parents — which were at record levels in 2010 as loan rates rose and the value of savings diminished — had eased significantly by 2015. Whereas a quarter of parents in 2010 recorded “extreme worry” about college costs because they were concerned about the value of their homes, only 6% said the same in 2015.

Despite the widespread coverage of student loan burdens, the majority of families did not take out loans to pay for college. When they did, the students were the ones who signed the dotted line three-quarters of the time. Families with students enrolled at private four-year colleges were far more likely to borrow (with 56% taking out loans) than those in four-year, or two-year public schools, where 43% and 22% of families took out loans, respectively.
[fortune-brightcove videoid=4365862722001]