More children are living in poverty than before the recession 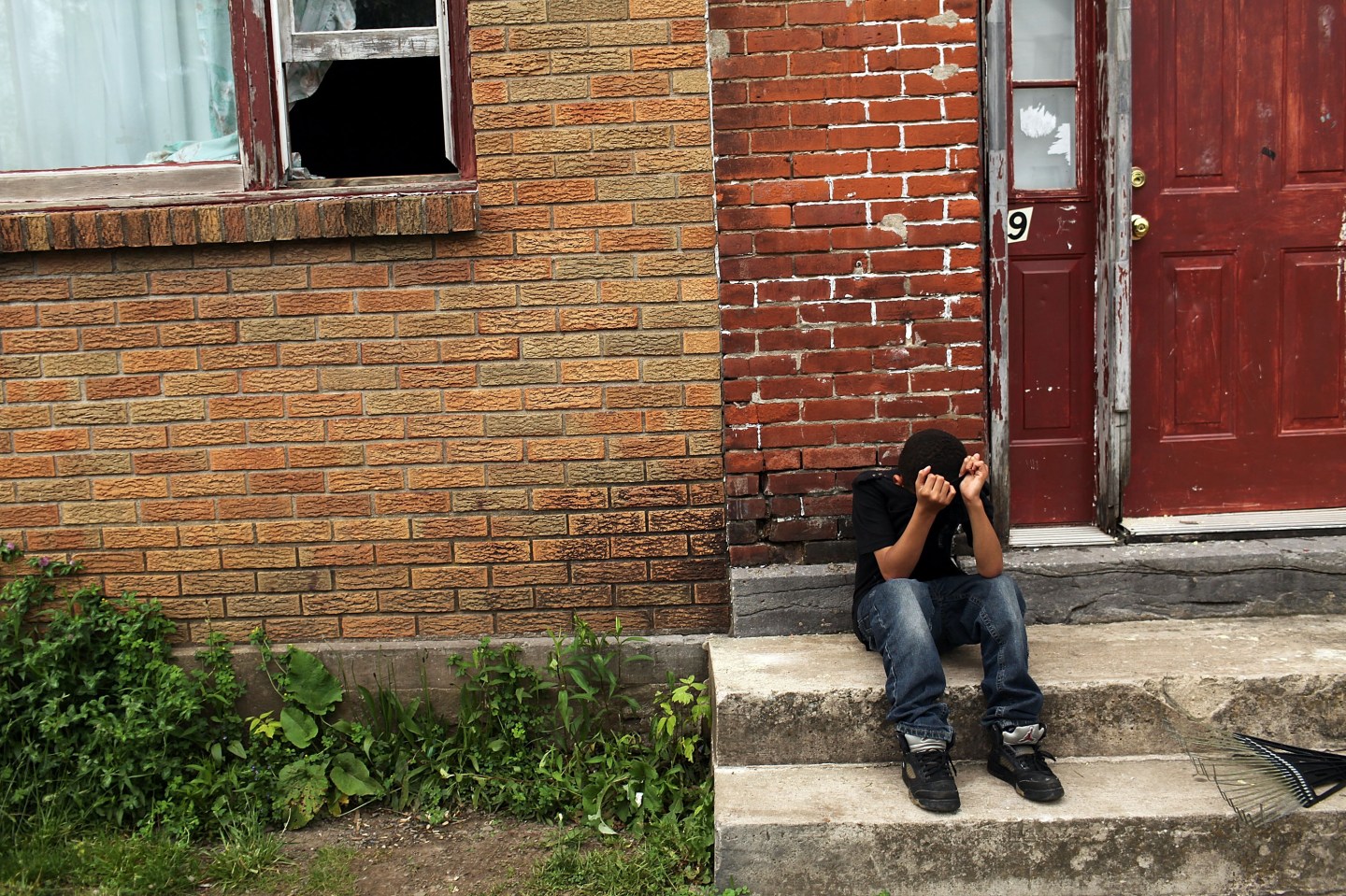 UTICA, NY - MAY 14: A child sits on a stoop in a working class section of Utica on May 14, 2012 in Utica, New York. Like many upstate New York communities, Utica is struggling to make the transition from a former manufacturing hub. The city's individual poverty rate is twice the national average with an unemployment rate of 9.8% as of February 2012. Citing Utica's weakening financial margins over the past two years, Fitch Ratings downgraded its credit rating on Utica by two notches to a triple-B, two rungs above junk territory. (Photo by Spencer Platt/Getty Images)
Photograph by Spencer Platt — Getty Images

According to a new report from the Annie E. Casey Foundation, the economic recovery seems to be leaving one group in particular behind: children.

22% of American children, or more than 16 million kids, were living in poverty as of 2013, according to the report. Before the recession, in 2008, 18% of children lived in poverty.

Nearly a third of children in 2013 lived in a household where no parent had a steady, full-time job, according to the report, which was released Tuesday. That statistic is also higher than pre-recession levels, when 27% of children lived in households without job security.

The data book highlighted the racial disparities in children’s well-being across the country. “On nearly all of the measures that we track, African-American, American Indian and Latino children continued to experience negative outcomes at rates that were higher than the national average,” the report said. 39% of African American and 37% of American Indian children live in poverty, compared to 14% of Non-Hispanic White and Asian and Pacific Islander children.

Still, there’s reason for optimism. 2013 marked the first year that the statistic had declined at all since 2008. “When the data for 2014 are available, we assume that they will show some improvement,” the report, called the Kids Count Data Book, said. The report also showed improvements in almost all of its health and education metrics. More students were proficient in math at the elementary and middle school levels. (Though the proficiency rates were still a dismal 34%.) An all-time high of 81% of high school students graduated on time in 2012. The number of children without health insurance dropped three percentage points, probably thanks to the Affordable Care Act. And fewer teens were abusing drugs and alcohol.

The report also broke down child well-being by state, finding that children in Louisiana, New Mexico and Mississippi fared worst across metrics, ranking highest in the country for the number of teens neither working nor in school and the number of children living in households without job security. Minnesota, New Hampshire and Massachusetts ranked the best.