Your cellphone is killing your productivity, but not for the reason you think 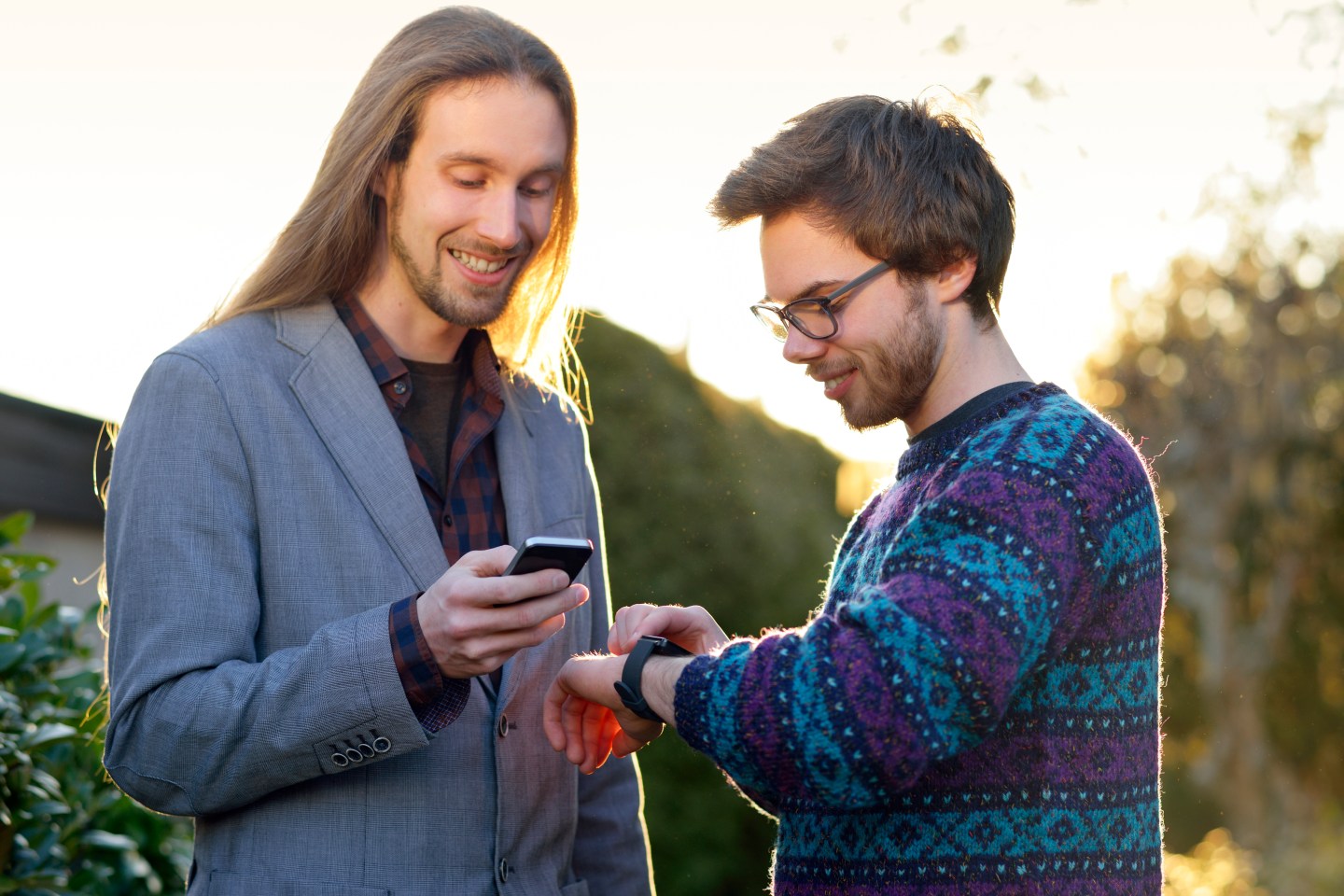 Two hipsters with smartwatch and smartphone
Photograph by Getty Images/Westend61

OK, so you know not to use your phone while you drive, but your phone distracts you way more than you realize, and it’s hurting your productivity even if you never rear-end a fellow commuter because you’re trying to answer a text.

Unfortunately, even if you’re diligent about avoiding the siren song of that chime or ringtone that indicates a call or message, just hearing the notification is enough to derail you, the researchers find. “Although these notifications are generally short in duration, they can prompt task-irrelevant thoughts, or mind-wandering,” they write. “Mobile phones can disrupt attention performance even if one does not interact with the device.”

It’s a tough balance. For many of us, our cell phones are a lifeline to our non-work lives when we’re toiling away during the day. We want to be reachable in case of an emergency, but the constant stream of notifications is death by paper cuts to our productivity.

In a new study in the Journal of Experimental Psychology: Human Perception and Performance, researchers found that experiment subjects performing a task that required intense focus performed poorly when they received notification of a text or call on their phone during the experiment.

When the notifications broke their concentration, the subjects had more incorrect answers and were more likely to make rapid guesses. Subjects who received notification of a call — even if they didn’t pick it up — were three times likelier to make mistakes. The researchers had subjects — who didn’t know the point of the experiment — use their own phones, which they say made it more likely a notification would be distracting, since the subjects were expecting those interruptions to be personally relevant.

The reason for these results is that, in spite of all the multitasking we do, our brains aren’t really that good at it. We only have so much attention we can devote at a given moment, and more tasks mean that our concentration is divided. According to the researchers, even though the actual moment of interruption from a phone notification is brief, it disrupts our thoughts for a considerably longer period, making it tough to get back on track. Maybe you’re wondering who it is, or maybe you think of someone it could be and remember that you need to tell them something. Suddenly, you’re down the mental rabbit hole and your concentration is shot.

Researchers call the degree of distraction “shocking,” with error rates about the same as if subjects actually had answered the call or text, according to findings of other research about phone-related distracted driving to which the researchers compared their findings.

In the paper, the researchers points out this discovery could have implications for efforts like “don’t text and drive” campaigns, which just say you shouldn’t view or answer texts or calls, not that you should silence your phone entirely. (That’s actually the researchers’ next project: Seeing if just getting a notification while behind the wheel impairs your driving.) “These findings highlight the need to adopt a broader view of cellular phone related distraction,” they write.