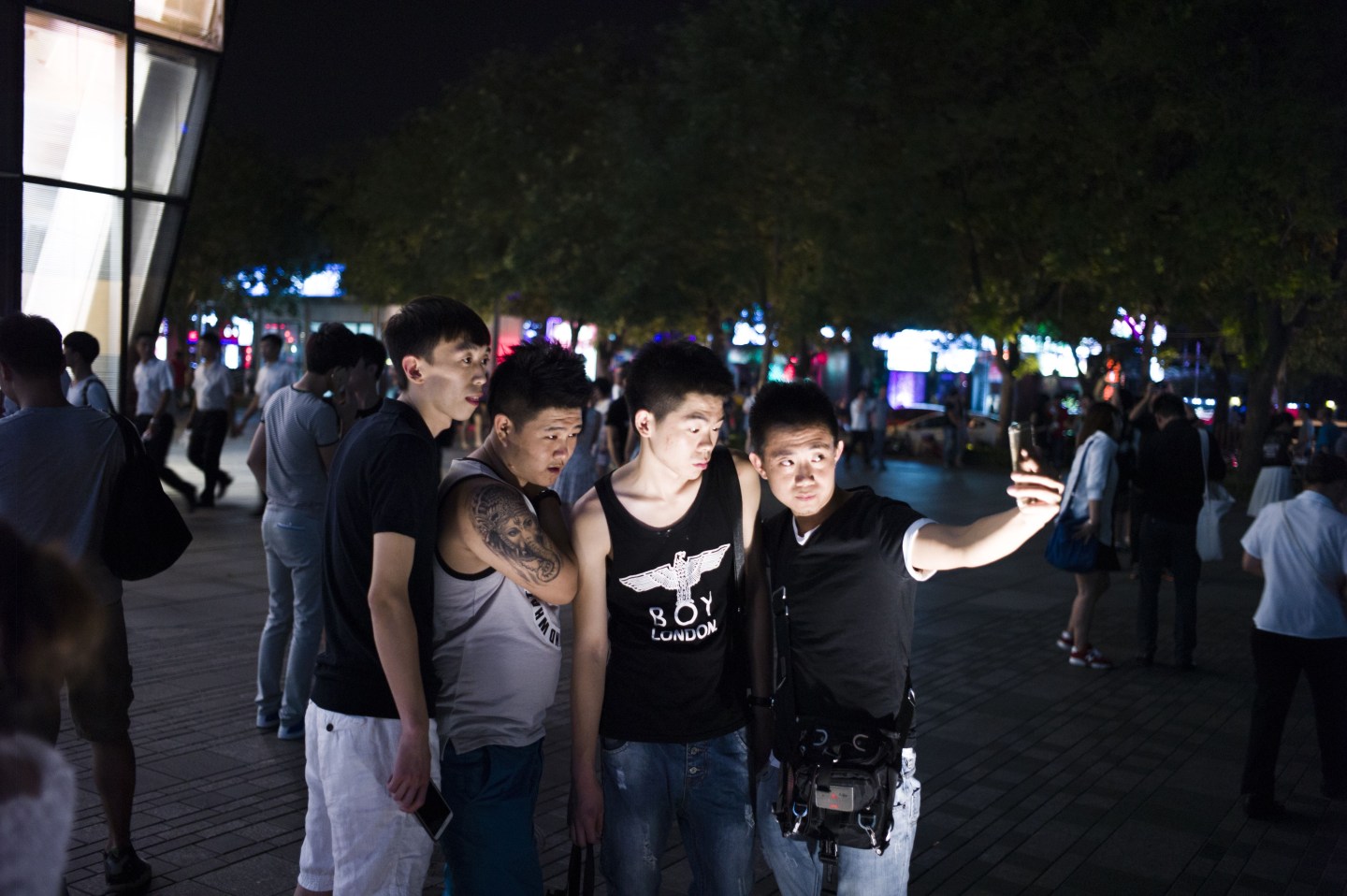 In this picture taken on July 15, 2015, people gather in front of a Uniqlo clothes store in Beijing. Chinese Communist authorities have said the distribution of a sex tape purportedly shot in a fitting room in one of Beijing's trendiest shopping malls is "against socialist core values", after the footage went viral.
Photograph by Fred Dufour—AFP/Getty Images

A Uniqlo store in Beijing has become a selfie hotspot after five people were arrested over a sex tape filmed at the branch that went viral last week.

Among the five includes a young couple who shot themselves having sex inside the clothing store’s changing room, using only a cell phone. The local police released a statement saying the five individuals “were detained on suspicion of spreading obscene content,” reported The Guardian.

The video was posted online last Tuesday, and garnered millions of views and thousands of comments before most posts took it down, according to CNN.

Before the arrests, Chinese Internet users speculated that the footage was part of a marketing campaign by the Japanese clothing retailer, prompting the retailer to deny the rumor: “We would like to remind all customers to abide by society’s moral standard… and properly and appropriately use our fitting rooms,” the company said in a statement.

The branch has also become a magnet for young Chinese looking to take selfies in front of the three-story flagship store, where the quickie took place. “I came here because of the clip,” a young Chinese man told CNN, who asked not to be named while taking a photo of himself in front of the store.

Dozens of chinese make selfie in front of Uniqlo after the viral smartphone video #sextape in #UNIQLO , in #beijing pic.twitter.com/aNGsSlHcuO

China’s criminal law stipulates whoever distributes obscene material can be sentenced to imprisonment for less than three years. Those that disseminate such material for profit can face life imprisonment.