Macy’s real estate could be worth billions, but there’s a catch or two 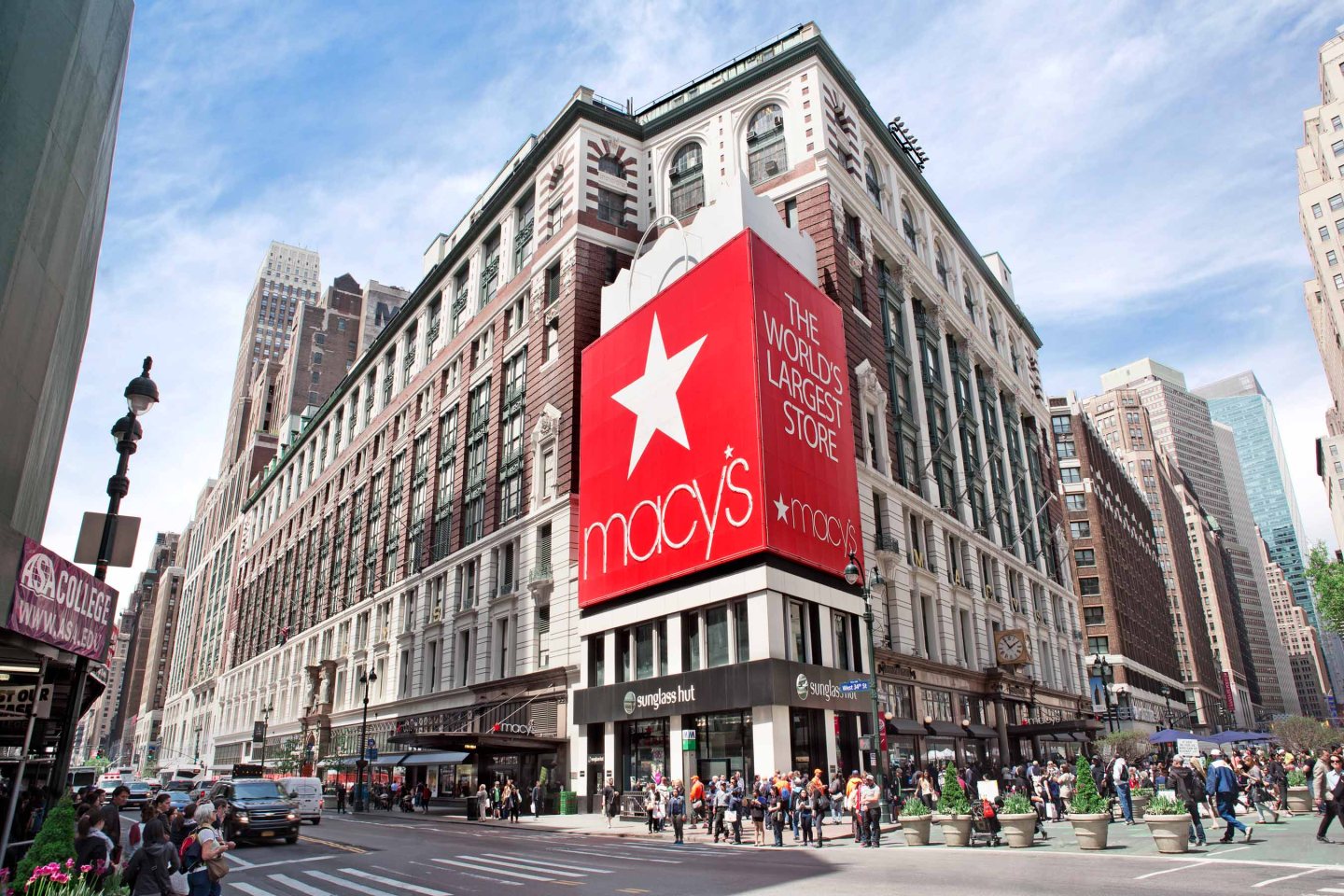 Earlier this week, activist investor Starboard Value revealed it had taken an unspecified stake in Macy’s (M) and said that it wanted the department store retailer to spin off its real estate into a new investment vehicle, arguing that such a move could nearly double its stock price. Many Macy’s investors apparently agreed: the retailer’s shares rose nearly 10% on the mere mention of the idea on Wednesday.

Clearly, Starboard has been inspired by seeing some retailers and restaurants reap billions and boost their stocks by spinning off their best locations into a real estate investment trust. But it may be overestimating how much the real estate is worth, and underestimating the impact a real estate spinoff could have on Macy’s core retail operations.

In February, department store conglomerate HBC announced it would create a real estate joint venture in the U.S.with Simon that would ultimately lead to a publicly traded REIT worth hundreds of millions that will include 42 Saks Fifth Avenue and Lord & Taylor stores (though not their respective flagship stores in Manhattan). And last month, Starboard got Olive Garden parent Darden Restaurants (DRI) to plan to split off about 430 properties and transfer them to a REIT, a move promised by new executives put in place by the investment fund after a big proxy fight last year.

The push comes as Macy’s growth has swooned. After a few years of handily outperforming department store rivals like Sears, J.C. Penney (JCP), and Kohl’s (KSS), Macy’s has reported a few lackluster quarters in a row. Though Macy’s has announced growth initiatives, like its upcoming new discount chain, called Backstage, and an international expansion, the benefits of those are uncertain and may not come for a while, leading Starboard to conclude that Macy’s shares would get a much bigger lift from its real estate.

Starboard claims that Macy’s real estate is worth $21 billion, almost as much as the company’s $22.5 billion market value before the fund spoke up. That may seem a bit rich. “Granted, the real estate owned by Macy’s is probably much more desirable than that owned by Sears (although presumably the REIT properties were the best of the lot). But it would take some crazy valuation math to come up with $21 billion for the whole portfolio,” said Carol Levenson, director of research, at Gimme Credit, an independent research firm.

But the fact remains that Macy’s is sitting on a goldmine. How much of a goldmine is the question.

Let’s take a closer look at Macy’s portfolio which, as of Jan. 31, was made up of 823 Macy’s and Bloomingdale’s stores: the company owned 447 of those outright, owned another 109 while leasing the ground underneath them, and leased the remaining 267 stores.

The Macy’s flagship location in Manhattan’s Herald Square is the biggest department store in the United States, with 1 million square-feet of selling space. It is also one of the top tourist destinations in New York City, up there with the Statue of Liberty and the Empire State Building. Last year, HBC took out a loan against the Saks Fifth Avenue flagship. It valued the temple of luxury, also a major shopping mecca for global travelers, at $3.7 billion, much more than what it had paid for the entire retailer in a 2013 acquisition. There is no reason the Macy’s and Bloomingdale’s flagships couldn’t also each fetch billions. Other high-profile Macy’s stores include its Union Square location in the heart of San Francisco’s luxury retailing district, and its store in downtown Chicago on State Street.

2) Better locations than most other department stores

According to a report in January by Green Street Advisors, 80% of Macy’s mall stores are in so-called A or B malls, an industry designation for the highest grossing malls, compared to 70% for Penney and Sears.

3) But ordinary stores are unlikely to yield a bonanza

At a time when many fellow anchor tenants, namely Penney and Sears, are closing dozens of stores a year, there is a ton of space available, reducing the value of many anchor stores in malls. So it’s fair to ask what the hundreds of run-of-the-mill Macy’s stores could fetch. Two years ago, Cushman & Wakefield appraised 306 stores owned by J.C. Penney (JCP), along with the 123 locations for which it had ground leases, at $3.3 billion. That modest valuation suggests that the value of most of its mall stores might not be that exciting.

Whatever all this Macy’s real estate is worth, the company seems lukewarm to the idea. Macy’s, which would lease back its properties in a REIT deal, would then have to make regular payments and lose some control over its locations. And CFO Karen Hoguet, who this spring said the company likes to have control over its real estate, seemed to suggest last month at a Wall Street presentation that the idea of a REIT for department stores is a fad that comes back once periodically.

“It’s not really a new issue; it’s just getting more attention again like it does every couple of years,” Hoguet said. She also warned analysts against easy real estate valuations. “A lot of the math that I see flying around from the analysts is really simplified.” Morgan Stanley had valued the Penney real estate at 50% more than Cushman did.

But with the jump in Darden and Sears’ stock, not to mention Macy’s, it is clear why the company is taking a close look at the option.