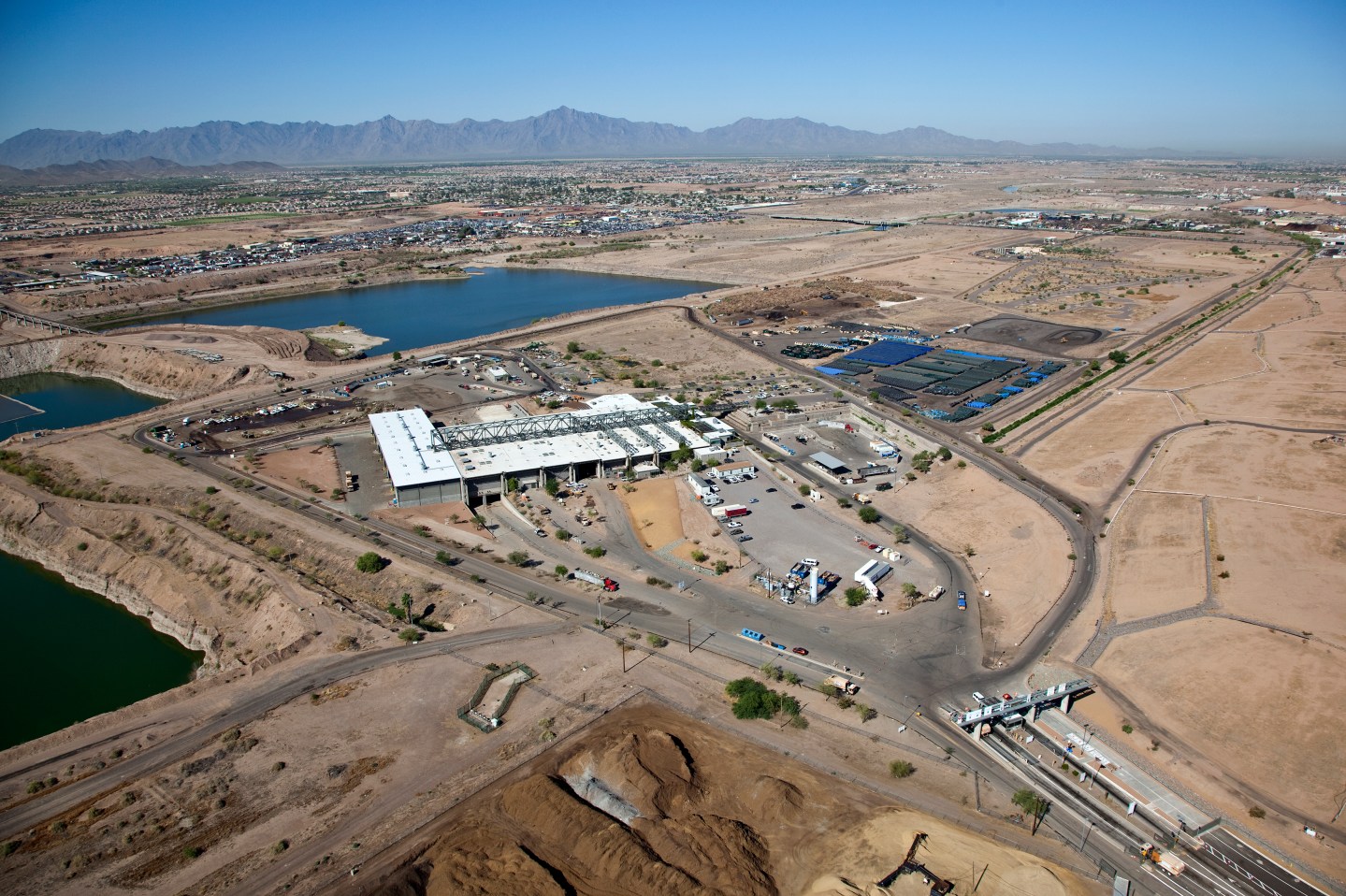 Courtesy of the City of Phoenix

The city of Phoenix intends to divert 40% of its waste away from the landfill by 2020, and officials are putting $13 million where their mouth is. The city created its Reimagine Phoenix initiative in partnership with Arizona State University to develop economic activity using what residents are putting in their trash bins. Ground zero for it all is an 80-acre research innovation campus and business incubator adjacent to the city’s landfill, transfer station, and recycling facilities.

“In Phoenix, land is cheap. We probably have enough [landfill] space for 100-plus years, said director of Phoenix Public Works John Trujillo. “The issue is, we want to do the right thing and we want to minimize the impact on future generations.”

“We don’t want to get to that point 50 years down when there is a problem,” said Trujillo. “Our population is projected to almost double by 2050 in this region. Our goal is to create this circular economy so instead of sending our garbage to the landfill and our recycling to China, we want to create our own economy right here. Why not ship it next door to the campus and create a product?”

Reimagine Phoenix put out a call in March for market-ready ideas in categories of manufacturing, waste-to-liquid fuel, waste-to-gaseous fuel, waste-to-electricity, and they also welcomed startup and emerging technologies and anything else that innovators might throw their way. It drew 118 responses from in state and nationally as well as eight international profiles.

Among the innovations submitted are plans for repurposing construction debris, glass, organic matter, and food waste into new construction and road materials, as well as into fuels and electric power. Others call for producing crude oil from plastics and algae, transforming food waste into animal feed, and new recycling programs for textiles, furniture, packing material and more.

Once approved, market-ready businesses will be offered land on the innovation campus at very low lease rates, and emerging technologies that are still in development will be offered lab and office space in the incubator building, which will also serve as headquarters for Phoenix’s collaboration with ASU, Resource Innovations and Solutions Network (RISN). The city will provide the roads and infrastructure for the occupants on the campus.

Since those contenders won’t be fully sorted through and decided upon until the fall, Trujillo said he wanted to get started earlier with some short-term wins. The city issued a Transforming Trash into Resources Request for Proposals, offering up as supplies some of the worst offending categories in the landfill: batteries, carpeting, residential food waste, furniture, latex paint, and palm fronds (palm tree trimmings are “a problem child” for Phoenix) in hopes of immediate diversion from the landfill.

Three proposals were selected to go under contract in the fall. One will divert an estimated 540 tons of carpeting and carpet foam annually, to be transformed by Planet Recycling into new carpeting, foam, and insulation. For another, Goodwill of Central Arizona will collect an estimated 1,400 tons annually of mattresses to break down and sell the components–wood, steel, foam, and fabric–to be reused. The third project involves composting residential food waste before it reaches transfer stations.

In Phoenix, recycling is not mandatory, but Trujillo says about 81% of residents are recycling “one way or another” now.

“We did a waste characterization study,” Trujillo said. “Fifty percent of residential waste was compostable materials.” And so a composting system is also being designed and will be constructed by end of summer 2016. “We’re projected to have a 20% diversion rate now,” Trujillo said. The planned measures will add to that, bringing Phoenix further on its way to 40 by 2020.