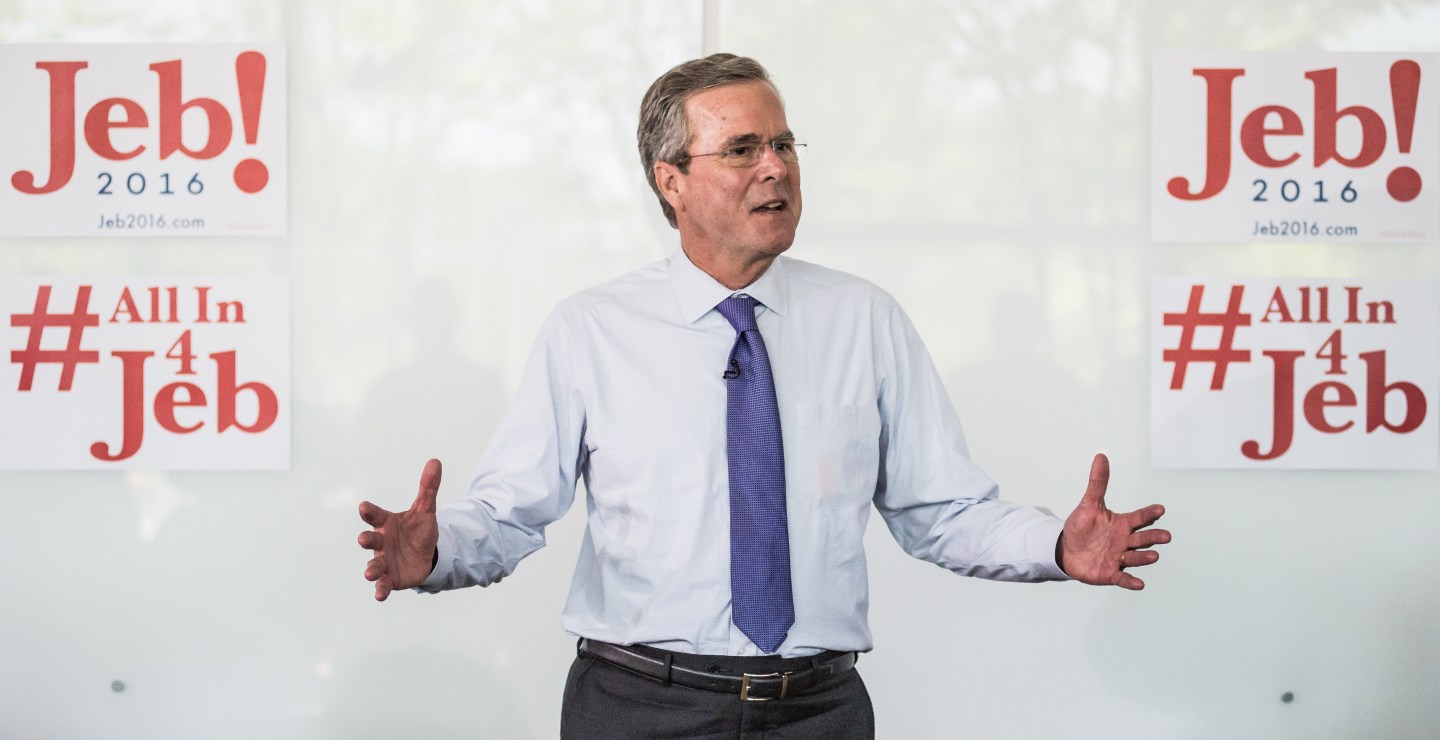 Goldman Sachs bankers want Jeb Bush to make it all the way to the White House, and they’re opening up their check books to make it happen.

All told, more than 50 Goldman Sachs executives and employees added $144,000 to Bush’s coffers in the second quarter, making Goldman Sachs (GS) the top company for donations given to the Republican’s campaign. Many of those donors sent in the maximum allowed $2,700 sum, according to an analysis of Federal Election Commission filings by Bloomberg.

Goldman Sachs employees were more keen on Bush, generally steering away from his Democratic rival Hillary Clinton, who received only $60,000 from Goldman workers. However, other banks on Wall Street seem to prefer Clinton. She received more money from donors at J.P.Morgan Chase (JPM) and Morgan Stanley (MS).