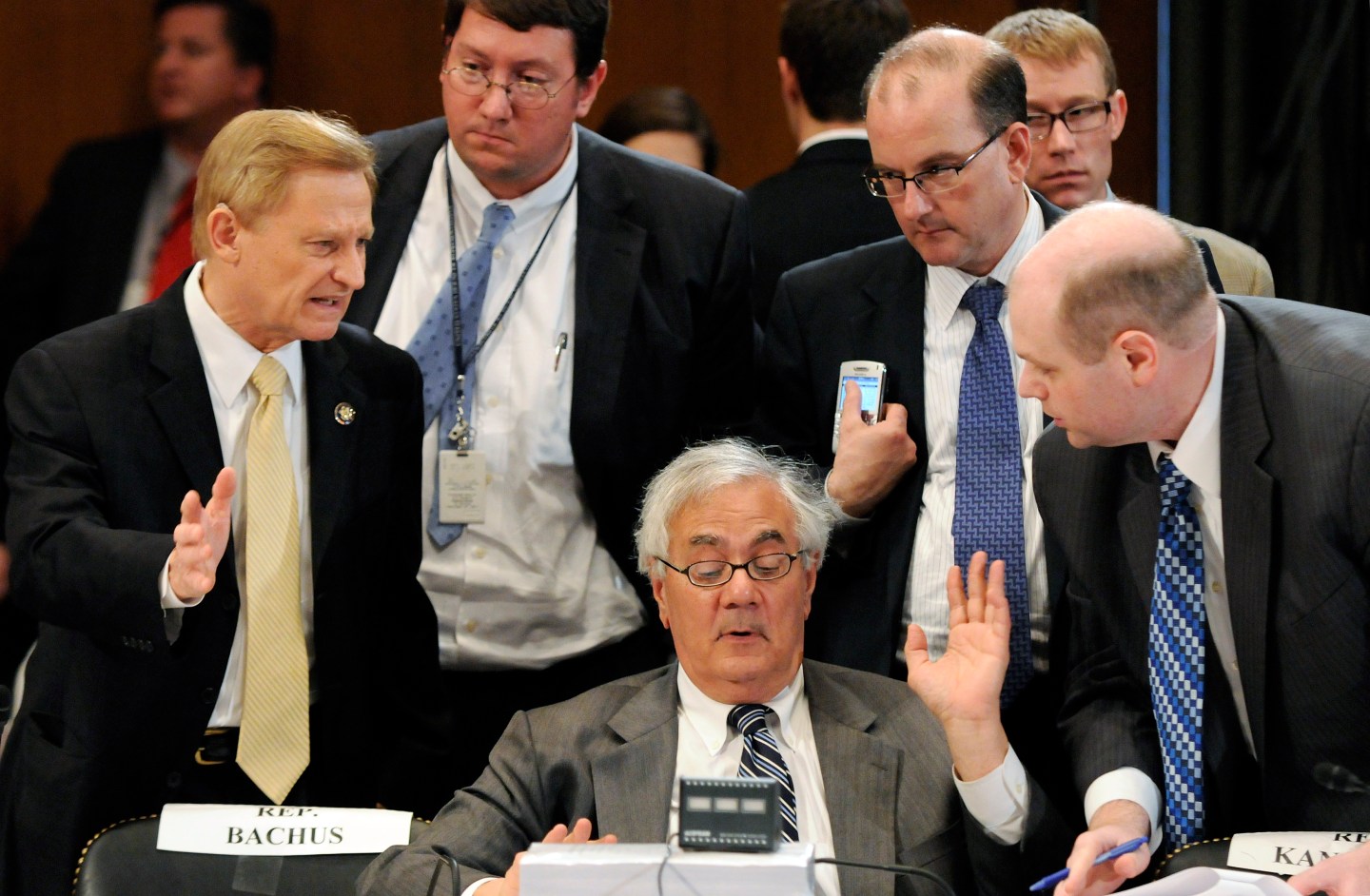 As we approach the fifth anniversary of the passage of the Dodd-Frank financial reform bill next week, it is worth reflecting on the history of the opposition to the bill. This is useful because opponents of the bill would still like to roll back many of the bill’s provisions, if not its outright repeal.

First and foremost the complaint was that the bill would make it more difficult for businesses to raise capital. This argument has not held up well in the last five years. Certainly the businesses that can raise money in the stock market have little basis for complaint. With price to earnings ratios in the stock market at their highest level since the tech bubble, these companies can raise money at extraordinarily low prices.

This is true for bonds as well, as we see both very low interest rates and unusually low spreads between the interest rate paid by even relatively high risk companies and Treasury bonds. In fact, these spreads are so low that Federal Reserve Chair Janet Yellen saw fit to warn markets about a bubble in the high yield market last summer. And for smaller businesses, according to the Federal Reserve Board’s data, banks made an average of more than $230 billion in new loans in the last three years, up from an average of just over $200 billion in the 3 years before the crash.

We also had warnings that the Consumer Financial Protection Bureau (CFPB) — the creation of which was authorized by Dodd-Frank — was going to impose such high costs through rules and regulations that it would sharply limit access to consumer credit. This also does not appear to be happening. Consumer credit overall is up by almost a third since the passage of Dodd-Frank. In fact, the news in the consumer credit market is in the abuses in the subprime auto loan market, a market not covered by the CFPB thanks to lobbying by the auto dealers.

While the dire predictions of Dodd-Frank opponents have not panned out, they recently have adopted a new theme. Dodd-Frank is supposedly crushing liquidity. While that sounds terribly ominous, it’s not clear what the critics mean by this or even what they think they mean.

Liquidity means that markets are smooth moving and that people who want to buy or sell assets – stocks, bonds, derivatives, etc. – can do so in a relatively short period of time while reasonably certain of the price. If there have been accounts of people being unable to sell their Treasury bonds, shares of GE stock (GE), or futures on corn and wheat, the Dodd-Frank opponents have neglected to call them to our attention.

In fact, the one piece of evidence they can muster to support the argument is the unusual swing in Treasury bond prices on October 15th, 2014. For reasons that no one has been able to clearly explain, the yields on 10-year Treasury bonds fell sharply in early morning trading. They then reversed course so that yield ended down by 6 basis points for the day. This is a substantial, but not unusual movement for a single day.

This swing meant that some traders may have earned or lost a substantial amount of money that day, but those not directly engaged in trading probably were not even aware of the unusual price swings. They had no impact on the economy.

It is important to show that the liquidity complaints have no merit both to protect existing reforms and also to open the path to going further. After all, a modest financial transactions tax will certainly lower trading volume, but still leave our markets at least as liquid as they were 20 years ago.

The bottom line is that the lack of liquidity on major markets can be a serious concern, but we just have no reason to believe that it is one now or likely to be as a result of Dodd- Frank or other financial reforms. One peculiar day in October doesn’t change that reality.