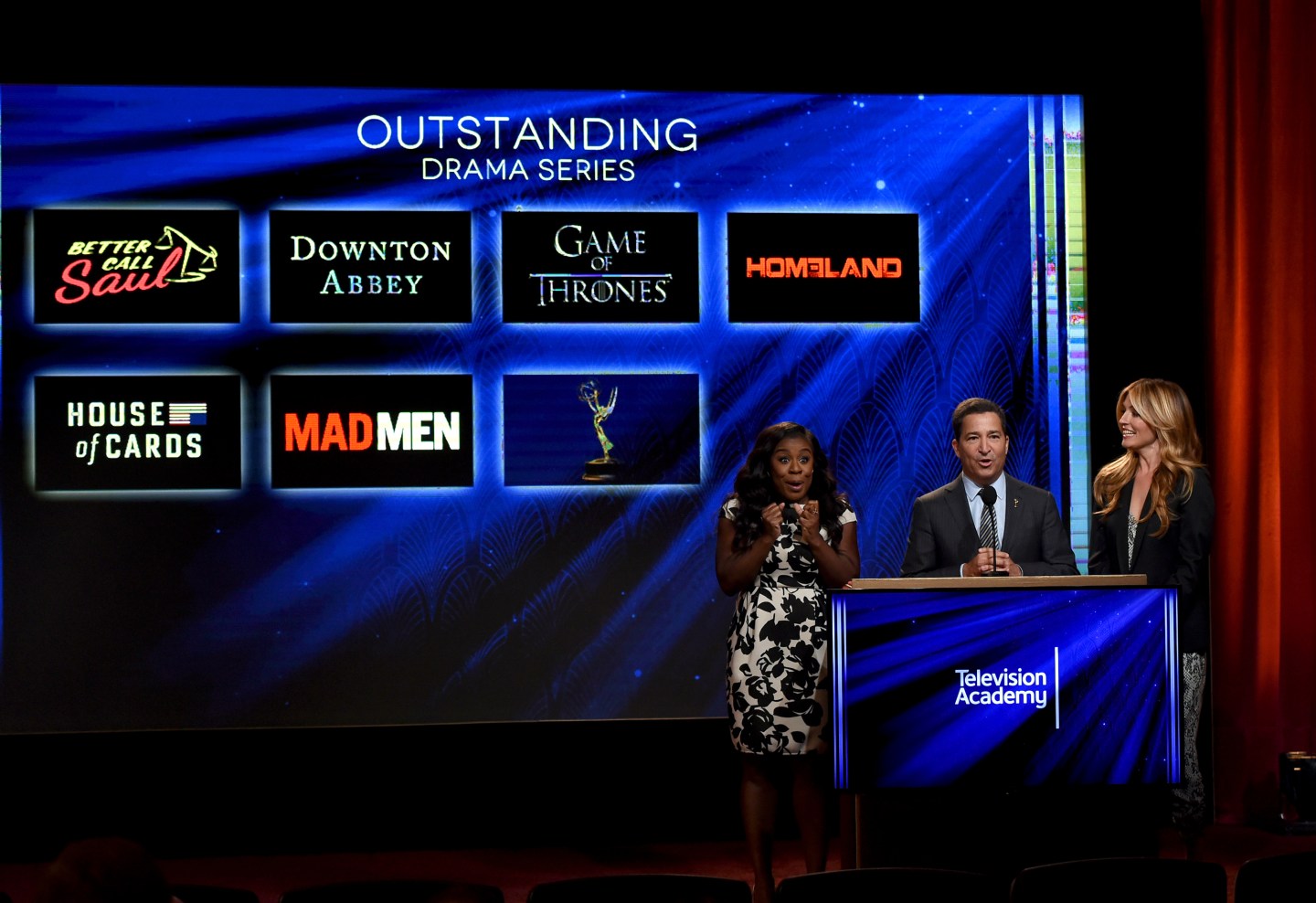 The nominees for the 67th Primetime Emmy Awards were announced this morning in Los Angeles, and the spread of streaming networks into major network nomination territory has continued. The clear winner in that sense was Netflix, which seems to have decisively answered the question of whether or not their shift to original programming was worth it. (Hint: The answer is “yes.”)

Last year, Netflix received 31 Primetime Emmy nominations, more than double its haul from the previous year. In 2015 it went up to 34, a much less dramatic increase, but an increase nonetheless.

Netflix received nominations for such programming as “House of Cards,” “Orange is the New Black” and “Unbreakable Kimmy Schmidt,” which was originally developed by NBC, who sold it to Netflix in 2014. It premiered on the streaming service in March, and the rest is Emmy nomination history.

Netflix isn’t the only streaming service to be recognized this year. The Amazon Instant Video comedy series “Transparent” received a nomination in the Outstanding Comedy Series category and one for Outstanding Lead Actor in a Comedy Series, for star Jeffrey Tambor. The service received a total of 12 nominations altogether.

Some old standbys were also recognized. HBO received a staggering 126 nominations, 24 of which were for “Game of Thrones,” despite receiving a great deal of negative attention for its ultraviolent content. The episode titled “Unbowed, Unbent, Unbroken” was widely criticized, with Democratic Senator Claire McCaskill taking to Twitter to declare herself “done” with the show after a “gratuitous rape scene.”

Other cable channels that received recognition included AMC, which won 24 nominations, including nods for the final episodes of “Mad Men” and the first season of “Better Call Saul.” Both appear in the Outstanding Drama Series category, alongside such stiff competition as Netflix’s “House of Cards” and “Orange Is the New Black,” Showtime’s “Homeland” and PBS’s “Downton Abbey.”

If any show can be said to have been snubbed, it was “Empire.” The Fox drama has received high critical praise, particularly for star Terrence Howard. However, neither he nor the show received nominations. The good news, though, is that it’s already been renewed, and the next season premieres in September, so it has another chance to receive recognition.

Taken together, the nominations seem to indicate that the secret is out with respect to the quality original content to be found on streaming channels. It’s premature to count those networks out entirely, as ABC received 42 nominations and CBS and NBC each received 41, still more than three times what Amazon Instant Video got and a bit more than Netflix did.

Still, the fact remains that the streaming sites are officially giving the major networks a run for their money, and it’s probably safe to say that we’ll see this trend continue in the coming years. Eventually, we may see the streaming networks overtake the traditional ones entirely.

The 67th Primetime Emmy Awards airs on September 20 on Fox.