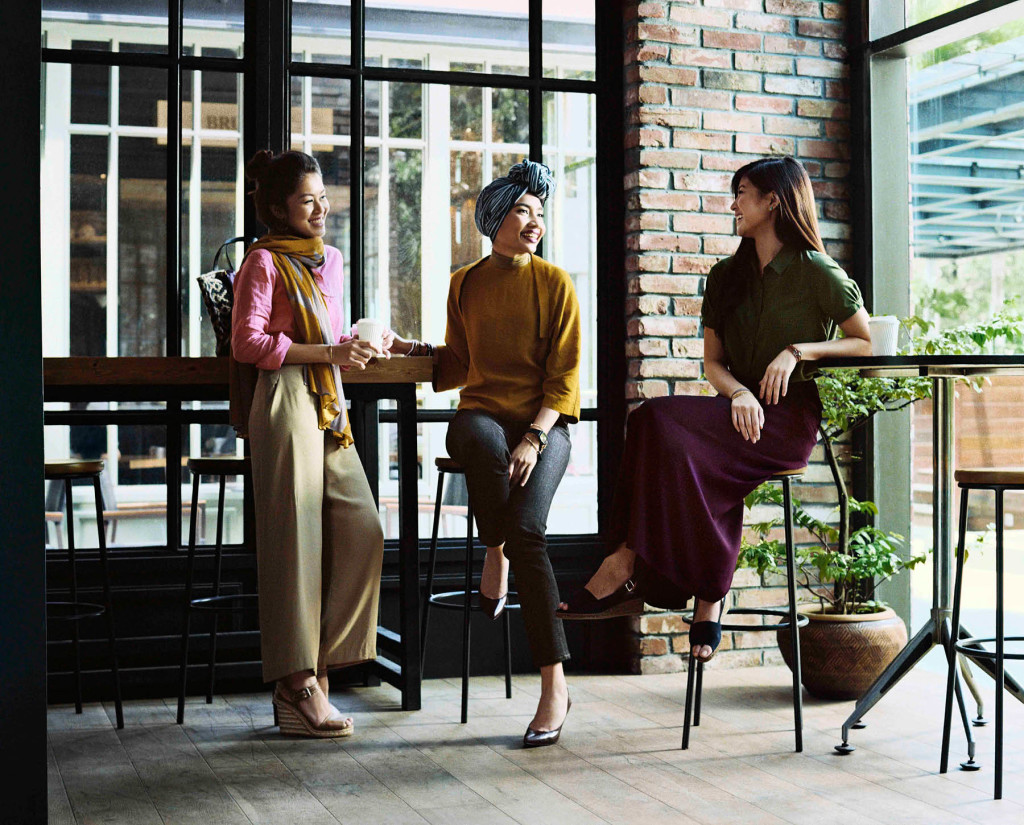 Think the Muslim market isn’t interested in fashion? Check the numbers: Globally, Muslims spent $266 billion on clothing and footwear in 2013. That’s more than the total fashion spending of Japan and Italy combined, according to a recent report from Thomson Reuters. The report also notes that that figure is expected to balloon to $484 billion by 2019.

And yet industry watchers say the market for Muslim women’s fashion is still relatively untapped—though perhaps not for long.

Several mainstream designers have started producing clothes and collections especially for Muslim women. It’s a trend that recognizes Islam’s rapid growth—Pew Research predicts that the number of Muslims in the world will equal that of Christians by 2050—along with its constituents’ impressive spending power.

“Globally, the Muslim population is a youthful and growing demographic,” says Reina Lewis, professor of cultural studies at London College of Fashion UAL and author of the forthcoming book Muslim Fashion: Contemporary Style Cultures. “This makes Muslims a very important consumer segment for anything.”

“The market for Islamic commodities started out looking at food and finance,” she adds. “I’ve been saying for the last few years that fashion is going to be the third F—and this is indeed what is beginning to happen.”

DKNY went first, unveiling a women’s capsule collection for Ramadan last year. Tommy Hilfiger launched its own Ramadan capsule collection this June, and fashion designers, manufacturers and retailers including Net-a-Porter, Zara, Oscar de la Renta and Mango are currently offering lines specially themed for the holiday as well. A Mango rep says the Barcelona-based company is pleased with how well the Ramadan collection is selling, noting that Arabic-speaking countries made up 5% of the company’s sales last year.

The emphasis on Ramadan comes from its increasing status as a shopping holiday among Muslim communities. While Amani Al-Khatahtbeh, founding editor-in-chief of MuslimGirl.net, says that designers are in a sense “cashing in on Ramadan—for the other 11 months of the year, we really don’t hear anything from these companies or brands,” she also likens the Ramadan fashion collections to Christmas- or Hanukkah-themed ones.

“There are times of year about specific groups of people, and it’s cool for us to be included in that,” she says. “We see fashion designers giving a nod toward the Muslim community [with these Ramadan collections]: We understand this is your month.”

The question is whether designers will eventually target Muslim shoppers beyond their annual holy month.

Shelina Janmohamed thinks so, and as vice president of the Muslim-focused brand consultancy Oglivy Noor, she has researched the subject extensively.

“It’s easy to understand why designers have gone for Ramadan,” she says. “But actually, it’s the rest of the year that’s really important to these consumers and young Muslim women. I think brands are going to have to start developing [year-round] lines for this audience.”

Uniqlo is one retailer that’s going in that direction. The Japanese clothing company launched a new Hana Tajima LifeWear collection on July 3, available in certain Singapore stores and online. Tajima, a Muslim fashion blogger, created loose blouses, skirts and dresses for the new collection, along with more traditional kebaya and hijab.

But Uniqlo describes Hana Tajima as “a special modest-wear collection,” with no mention of Muslims or Ramadan. Lewis thinks that’s because Muslim-focused fashions can serve other cultures as well, as part of an emerging “modesty movement.”

The other question is whether these Muslim-oriented collections will reach Western stores. DKNY, Tommy Hilfiger and Oscar de la Renta offered their capsules exclusively in the Middle East. Mango and Zara’s are available online, but only through the Middle Eastern versions of their websites.

“What’s the point of having these Ramadan collections from these huge brands and huge designers if they’re only being made available to people overseas who are already well aware of Ramadan and inclusive of it?” Al-Khatahtbeh says. “Really, it’s here in the U.S. or other Western countries where that kind of visibility would go a long way.”

“I don’t think they’re recognizing the potential of our demographic here,” she adds. “Honestly, that’s a huge loss for them because we’re a virtually untouched market right now.”

But Janmohamed is optimistic that designers will soon expand their new Muslim-focused collections to Western stores. She says it was “almost unheard of” to find Muslim fashions in the mainstream five years ago. “Within five years, we’ve seen it go from something talked about to something designers are actually marketing,” she says. “The growth curve has been escalating faster and faster.”