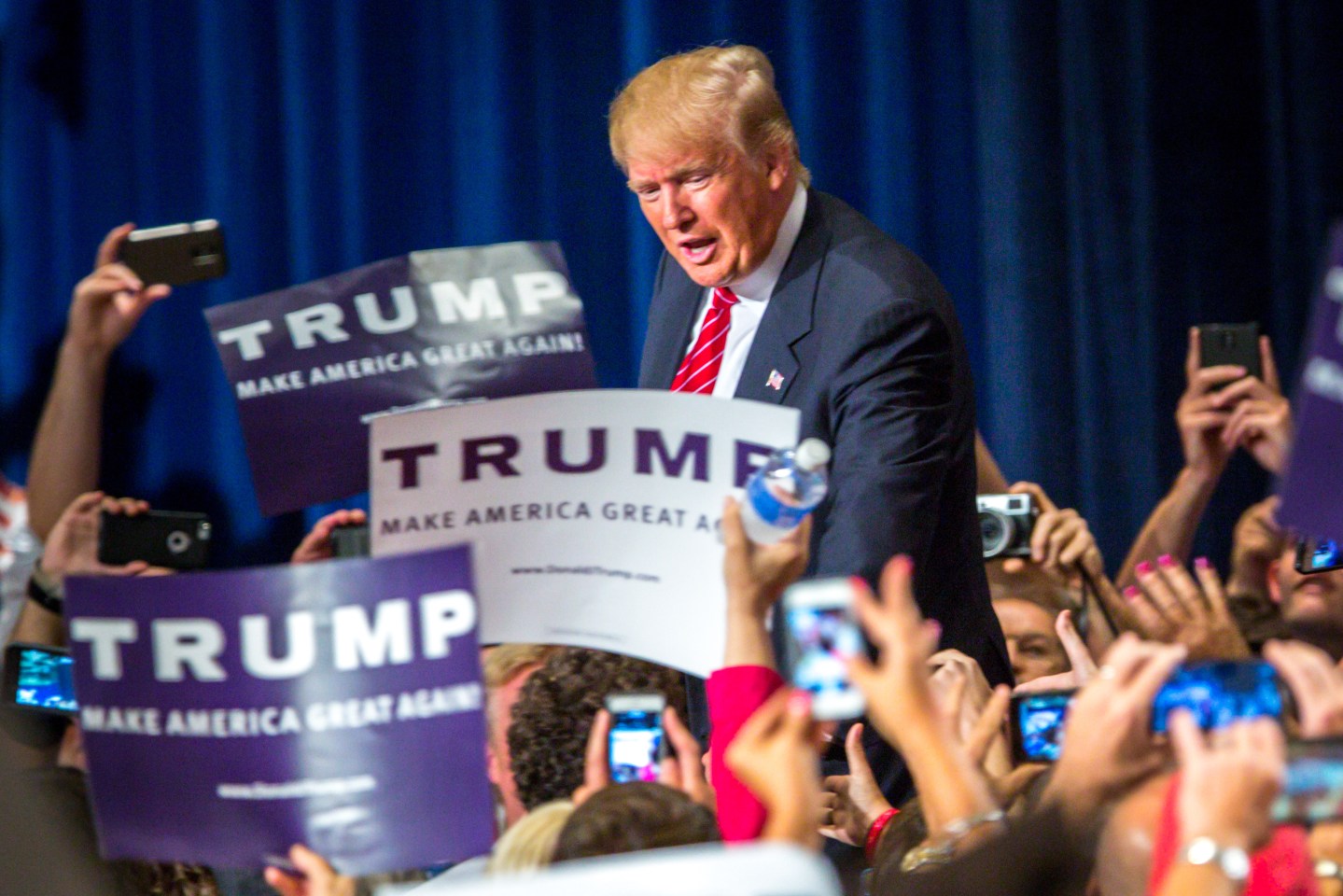 The expanding list of organizations breaking ties with Donald Trump in light of his anti-immigrant remarks includes NBC (CMCSA), two celebrity chefs, and now, the aviation authority of the United States. The Federal Aviation Administration has announced that it will be changing the names of three navigation points above the Palm Beach International Airport, DONLD, TRMMP and UFIRD.

Maybe Gregory Gish, the since-retired flight controller who suggested the names, never imagined that making his love for “The Apprentice” an official part of the RNAV system would be cause for embarrassment at the FAA, but according to a 2010 article in the Palm Beach Post, some of his colleagues were ahead of the curve. “We actually have had reports of people refusing to fly these departures because they are so offended by the fact that Trump has been memorialized,” said a PBI official shortly after the names were adopted.

FAA spokeswoman Laura Brown tells the New York Times that “in general, the F.A.A. chooses names that are noncontroversial.” Over the years, cartoon characters have proven much more popular than cartoonish billionaires; there’s SNUPY, above the Charles Schultz–Sonoma County Airport, or on the descent into Portsmouth, New Hampshire, ITAWT, ITAWA, PUDYE, TTATT, and IDEED.

“‘Making America Great Again’ is far more important to me than an honor I never knew I had … meaning a blip on the radar,” said Trump in a statement, though in 2010, when informed the route had been named after him, he told the Palm Beach Post “it is my honor.” Brown says the FAA is not sure if IVNKA ONE, named after Trump’s daughter, will also be renamed.