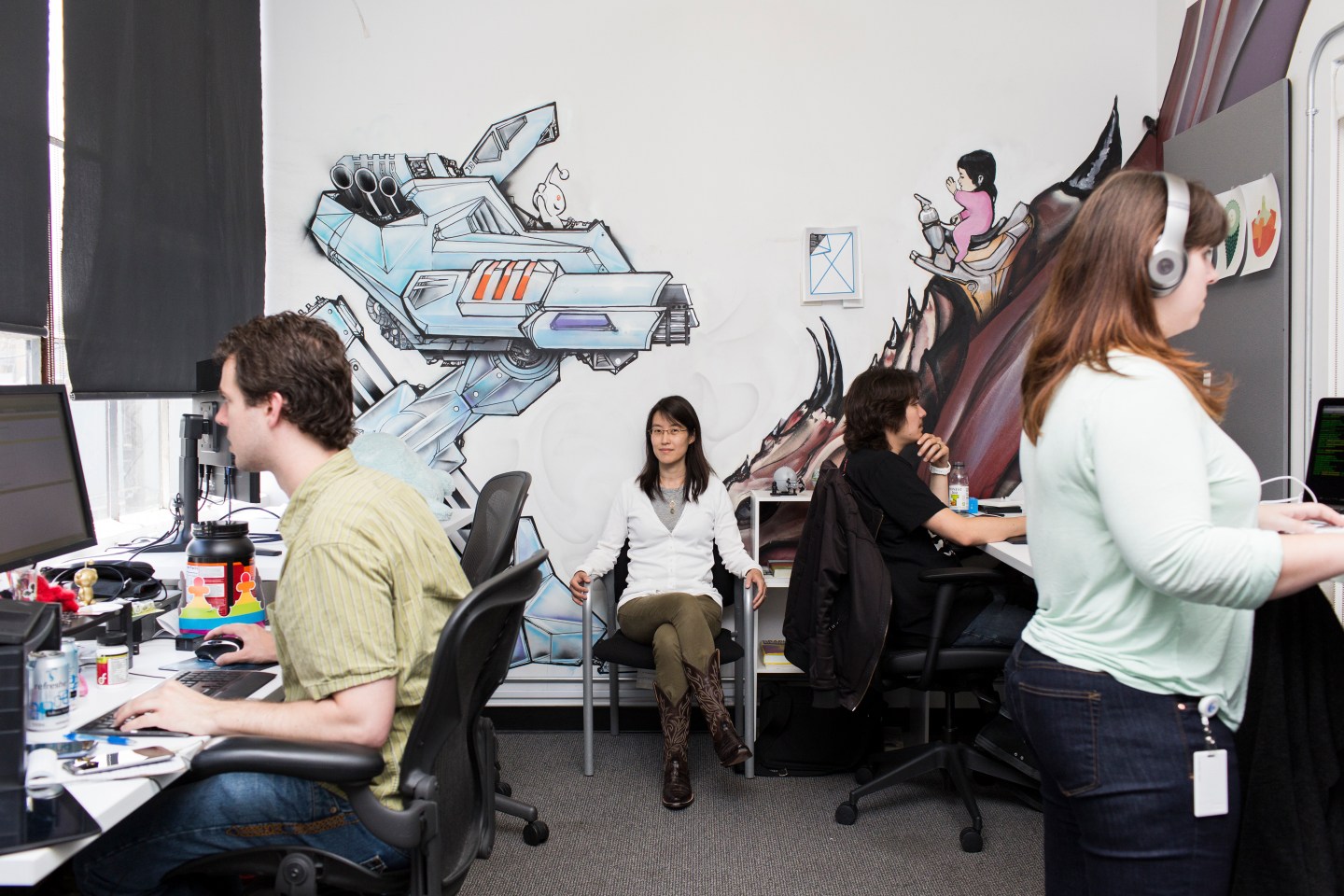 FILE -- Ellen Pao, center, Reddit?s business and partnerships strategist, at the popular website's offices in San Francisco, July 16, 2014. Pao will serve as interim chief executive in the wake of the resignation of Yishan Wong, and one of Reddit's co-founders, Alexis Ohanian, will return to become its full-time executive chair, the company announced on Thursday Nov. 13, 2014. (Jason Henry/The New York Times)
Photograph by Jason Henry — The New York Times/Redux

Interim Reddit CEO Ellen Pao is stepping down, the company announced Friday. Reddit co-founder and original CEO Steve Huffman will return as the site’s chief executive, while Pao will remain on as an advisor to the board through the end of this year.

Pao took the interim CEO position late last year after then-CEO Yishan Wong abruptly left following a disagreement with the board. Her departure comes after Reddit’s user community and particularly its volunteer moderators expressed outrage over the unexpected dismissal of Victoria Taylor, a Reddit staffer who often served as a conduit between the site’s users and its operators. Pao had been the target of vitriol from a small but vocal group of Reddit users even before Taylor’s departure; that event only served to heighten tensions.

“I just want to remind everyone that I am just another human; I have a family, and I have feelings,” Pao wrote in a goodbye post on Reddit. “Everyone attacked on reddit is just another person like you and me. When people make something up to attack me or someone else, it spreads, and we eventually will see it. And we will feel bad, not just about what was said. Also because it undercuts the authenticity of reddit and shakes our faith in humanity.”

Recently, Pao had become perhaps more well-known in and beyond the tech world for her high-profile gender discrimination suit against premier Silicon Valley venture capital firm Kleiner Perkins. Pao, who lost the case, accused the firm of passing her up for promotions and firing her because of her gender. She maintained her job at Reddit throughout the five-week trial.

For Huffman, the challenge will now be calming the waters and attempting to establish a viable long-term business model around a website which relies heavily on volunteers’ often thankless efforts, and one on which the chief executive can be so harshly attacked by the users of their own product.