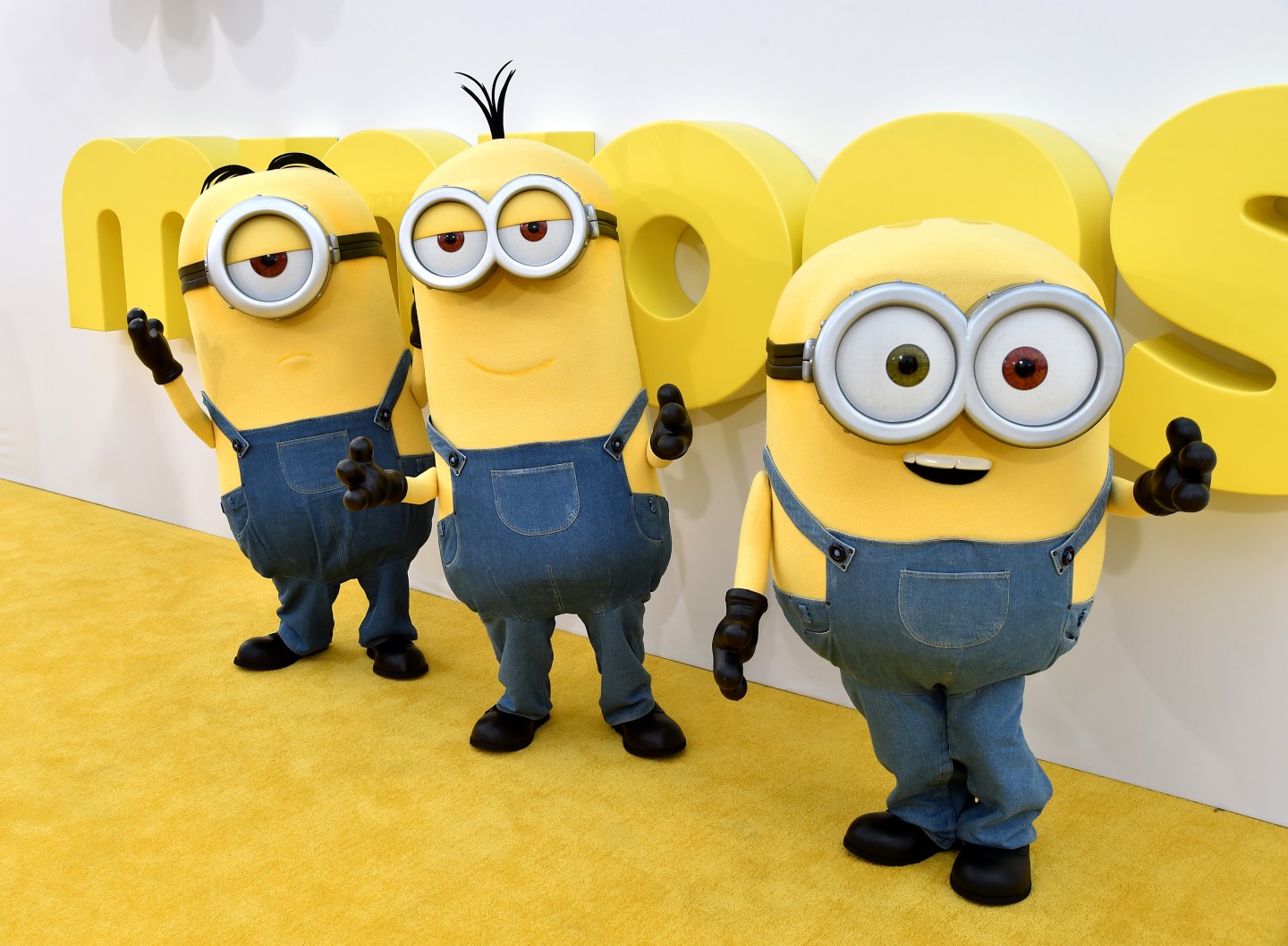 LOS ANGELES, CA - JUNE 27: A general view is shown at the premiere of Universal Pictures and Illumination Entertainment's "Minions" at the Shrine Auditorium on June 27, 2015 in Los Angeles, California. (Photo by Kevin Winter/Getty Images)
Photograph by Kevin Winter — Getty Images

One of the fast food chain’s children’s toys, a Minion based off the mayhem-creating yellow creatures in the explosively popular Despicable Me movies, speaks gibberish that sounds an awful lot like “what the” and a word that rhymes with duck, according to scandalized parents.

In Seminole Country, Fla., grandparent Bradley Merten told his local WFTV station, “It turned out to be a toy that decided to talk profanity.” Parents in Montgomery, Ala. have denounced the minions as giving off a “subliminal message.” “You think about those words and the way they sound then you can definitely correlate the two and make it sound like it’s saying that,” said Ron Broadway to the local WSFA station.

In a statement, McDonald’s blames coincidence. “Minions speak ‘Minionese’ which is a random combination of many languages and nonsense words and sounds. ‘Minionese’ has no translation to, or meaning in any recognized language. Any perceived similarities to words used within the English language is purely coincidental,” the statement says.

Potty-mouthed would an unfortunate reputation for the Minions, which have grown from sidekicks in the Despicable Me movies to stars in their own right in the new Minions movie that will be released this week.