You can meet any rich, powerful person you want — here’s how I did it 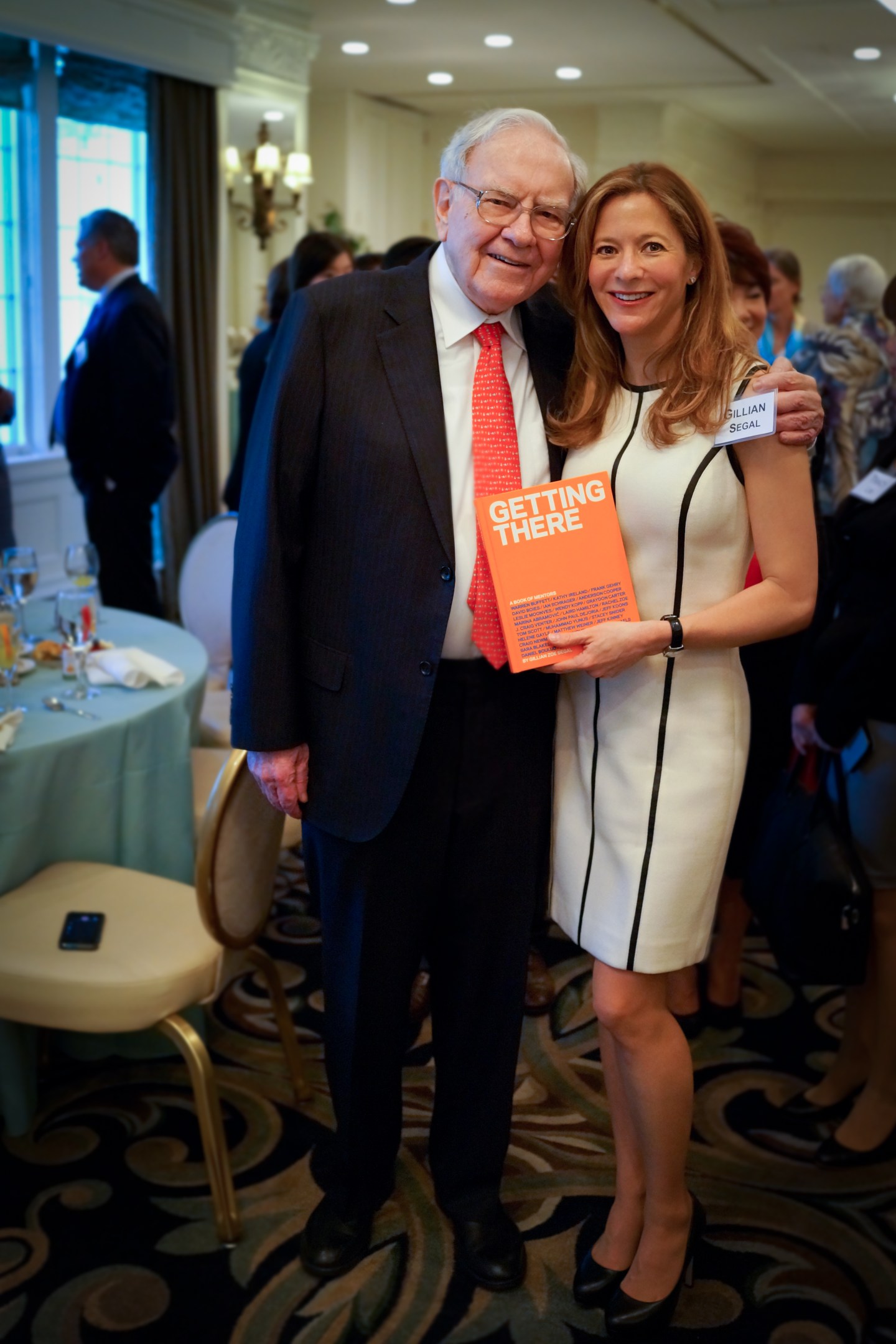 Getting There has, thankfully, been well received and people are incredibly interested in what my subjects have to say — but, by far, the most common question I get is: How did you manage to land these people??!!

Well, it wasn’t quick or easy, but laid out below are all my networking techniques — a blueprint you can use for landing your own “impossible” connections, whether they be potential employers, investors, customers, or some other great get.

First, understand the lay of the land:
Most luminaries are extremely busy. They receive multiple requests every day for interviews, speaking engagements, new business opportunities, charity functions, you name it, not to mention the obligations they have with their careers, families, and personal lives. Understandably, there are simply not enough hours in the day for them to say yes to everything. And they definitely don’t.

If you are not a big name or don’t have something major to offer, accept that you will not be at the top of anyone’s priority list — no matter how important your request might seem to you.

Next, toss your ego out the window.
You will be ignored and rejected a lot, and you can’t take it personally or allow it to depress or discourage you.

Know that you can lead a horse to water, but the biggest hurdle is making sure the horse knows that the water is in front of its face.
You must get your request noticed by the decision maker.

If you have any connection at all, use it.
Your connection doesn’t need to be a big one.

Here’s how I contacted Leslie Moonves, President and CEO of CBS (CBS): My best friend’s husband had a friend who used to work at CBS and was willing to put me in touch with Moonves’s assistant. The assistant, who works closely with him every day, made sure he saw my request.

If you don’t have a connection (and most often I didn’t), here are some ways to get your request noticed:

Make yourself as human as possible — the less human you appear, the easier it is for someone to reject you.
Asking in person is the best method; that way it’s obvious you’re human. (It’s a lot easier to say no to a faceless email or tweet.) If you can figure out a way to run into your target in a not stalkerish way, try to do so — for example at a party or event. But don’t be annoying or take up too much of your target’s time. I usually introduce myself, give a one or two sentence pitch, and then ask whom I should contact with more details. The luminary usually gives me the name of a point person; then I contact that person ASAP.

Example: I had sent several requests to the artist Jeff Koons’ office with no response. I then happened to see Koons at an art event in NYC. I went right up to him, told him about my book and that I had already contacted his office to no avail — so I needed to know exactly who to reach out to. Koons gave me a name and the next morning I wrote to that person with something like, “Jeff and I met last night. We briefly discussed his participation in my upcoming book and he told me to contact you with the details.”

I got the chef Daniel Boulud and Warren Buffett to participate in a similar way. Check out this article for a detailed account of how I asked Buffett.

If you can’t ask in person — and most times you can’t — try to connect to the person you can reach (your target’s publicist, assistant, etc.).
Always use the name of the person you are corresponding with since it makes for a more personal connection. If you don’t have that person’s name, ask for it. An email to a specific person instead of one addressed “to whom it may concern” is a bit harder for the recipient to ignore.

Here’s how I got Nobel Peace Prize recipient Muhammad Yunus to participate: I once had lunch with a woman who is a friend of Yunus’s daughter. She tried to contact his office on my behalf to make the introduction but was ignored. When I checked in with her to come up with a Plan B, she told me Yunus happened to be in town giving a speech at a hotel. I lurked in the lobby until he was done, made my pitch while following him out to get a taxi, and snapped his photo in case he eventually agreed to participate in Getting There (after all, he lives in Bangladesh.) I then pursued him for over a year and a half to get a phone interview — all the while bouncing among about five different assistants at two different offices. I know all those assistants’ names and they got to know mine.

I rarely dealt with just one employee and one door. When someone ignored me repeatedly or rejected me, I switched to someone else and acted like nothing had ever happened — I never mentioned I was previously ignored or rejected. (A lot of times your target never even saw your request — an employee rejected it instead.)

Take responses literally.
If you don’t get a definitive “no” from someone, try again. For example, if you get an, “Unfortunately, he can’t participate in that now,” take “now” literally and follow up later.

Never be anything but friendly and pleasant to deal with.
No one reacts well to “attitude” from strangers. That kind of behavior will only get you ignored even more — or axed for good. (It may also earn you a bad reputation.)

If you do get what you consider to be a final rejection, lose graciously and thank the person for considering your request.

Never rub anyone’s nose in the fact that they’re ignoring you.
For example, don’t complain that you called five times already. If you send a follow-up email to someone that has been ignoring you, don’t forward the old email. Send a new email (or send your prior email) like it has never been sent before.

This allows your contact to save face if they do choose to respond — and lets that person respond without having to make any excuses for why they previously ignored you.

Keep your correspondence simple and clear.
Get to your point quickly. Remember how busy everyone is; no one has time to sift through paragraphs to figure out what your email is about.

Once you get a response from someone, grab hold of that person and don’t let go.
I learned this lesson the summer of 1993, when I worked as a real estate broker. When clients decided they wanted to rent an apartment I had just shown them, I was instructed to not to let them out of my sight until they put down a deposit. Why? Simple: if I let them walk away and “get back to me tomorrow,” they might reconsider their decision. So I literally accompanied my clients to the bank while they took out cash for their deposit. The same is true with networking. If someone responds to your request, act fast and respond immediately. You need to get the ball rolling before they forget about you and move on to something else.

Take whatever you can get as soon as you can get it.
That means accepting the very first day the person is available — regardless of your schedule.

Get your foot in the door any way you can.
My interview with Warren Buffett was scheduled for 10 minutes. I traveled from NYC to Omaha for it.

Before we met Warren said he didn’t want me to take his photo. I told him I needed to take it but assured him it wouldn’t cut into my allotted time with him, joking by email, “… even if it ends up being a photo of you running away from me.”

In the end, I took Warren’s photo as soon as I walked in his office door and our interview actually lasted for about an hour. Check his entire essay out here.

One of the most challenging Getting There subjects for me to land was the architect Frank Gehry. I sent a couple of blind requests to the email address listed on his company’s website. The good news is that I was not totally ignored; the bad news is that I was rejected both times.

A few months later I found out my friend’s father’s new girlfriend (read that relationship twice and realize any connection can be a good connection) knew Frank and was willing to pass along my request. She sent him my request twice and was totally ignored both times!

A few months later I figured I would try again (after all, emails are free, and ya never know!), so I sent yet another email to his company’s email address and a miracle happened — I got a response! I can only assume a new assistant was on duty that day.

I immediately emailed her back, got her name, and asked if I could send her some samples of my work to show Gehry. Again, strike while the iron is hot: I was away at the time so I had my cat sitter overnight the material to her.

I called the office to follow up and make sure that she got it; remember, speaking on the phone makes the connection more personal. She showed my material to Gehry, he said yes, and we set up an appointment!

But that’s not the end of the story. Gehry then proceeded to cancel on me for a full year (I was that low on his priority list). During that time I bounced between 4 of his assistants (it seemed like every time I called to follow up a new person needed to be filled in on who I was and what Gehry had agreed to), but I eventually got some time with him and he is now in Getting There!

By the way: when I finally met with Gehry,Fra he had absolutely no idea I had ever been hounding him or his office. (In fact, none of my subjects did.)

Persistence pays off.
If I learned one lesson from the people who I interviewed for Getting There it is that determination and resilience eventually pay off. Of all my subjects, I think that Ian Schrager sums up this sentiment best in his Getting There essay. He says, “In the end, there’s so little that separates people. Those who want success the most and are relentless about pursuing it are the ones who get it.”

Pursuing any goal is much easier if you are truly passionate about what you want; that’s what gives you the fuel to persevere. In my case, I really believed in the concept of my book and felt that readers would truly benefit from what my subjects could share. I also felt sure my subjects would be happy with the finished product; if I hadn’t felt that way it would have been extremely difficult to overcome all the rejection and keep approaching people over and over again.

Gillian Zoe Segal is the author of Getting There: A Book of Mentors.