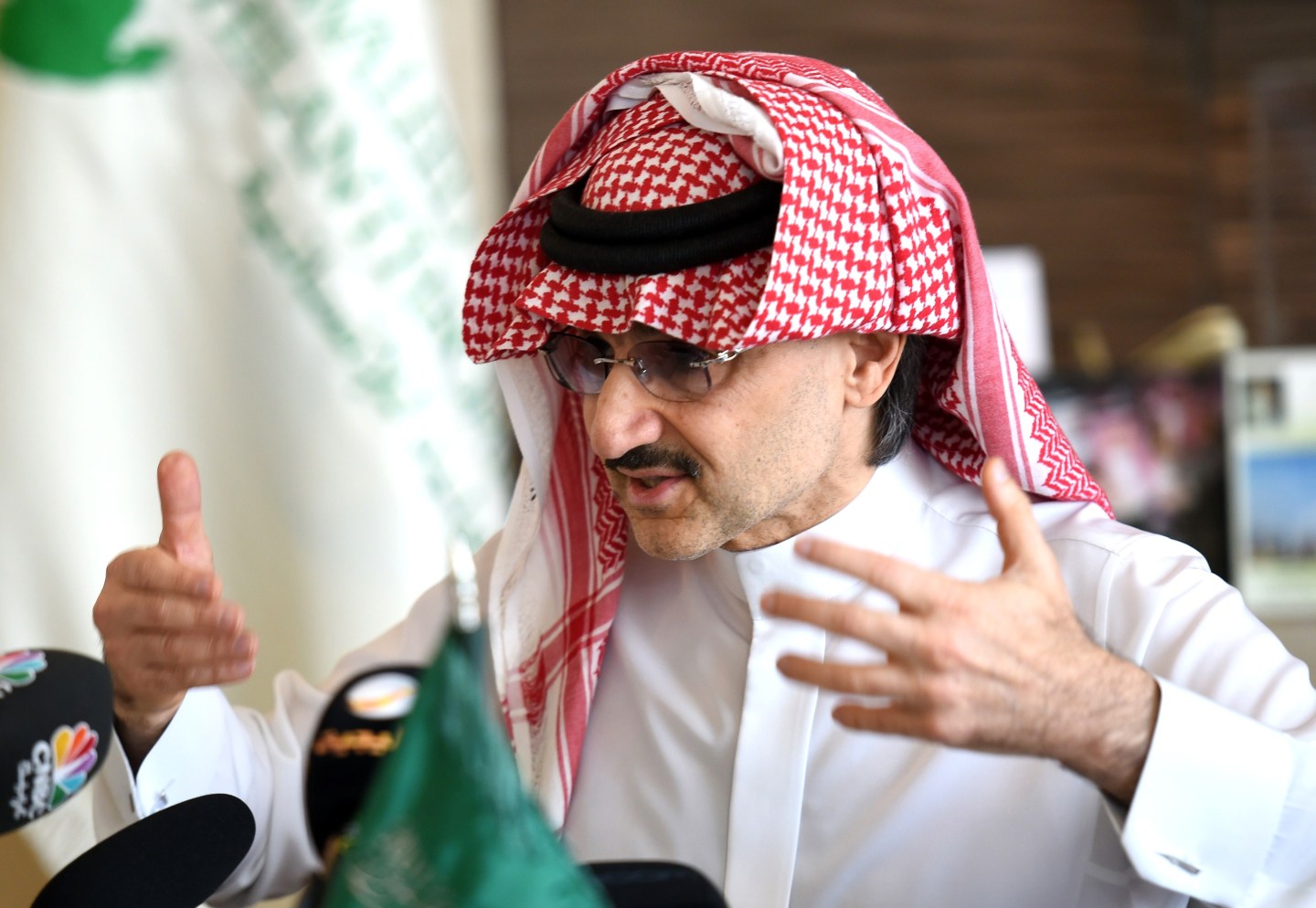 The Prince’s contribution marks a $32 billion pledge to help build a “better world of tolerance, acceptance, equality and opportunity for all,” Alwaleed said in a statement on his website and to reporters in an announcement in Riyadh.

The figure is above and beyond the Saudi billionaire’s current fortune, who according to the Bloomberg Billionaires Index is the world’s twentieth richest person with a personal wealth estimated at $30.5 billion. A member of the royal family and a nephew to the late King Abdullah, Alwaleed built his riches through an investment holding company he founded in 1980, Kingdom Holding. The conglomerate has investments in a range of hotels and real estate – including The Four Seasons and Fairmont – and companies such as Citigroup, General Motors and Twitter.

“You may rightly wonder, why am I doing this?” Alwaleed writes. “My response is that everyone goes through certain life-changing situations that have a great effect on his or her crucial future decisions. I have had the opportunity to witness, first hand, the challenging conditions of many communities across the globe, first hand, and have stood among those who were suffering and in great need. I have also learned of overwhelming obstacles through meetings with the leaders of countries and communities around the world.”

Alwaleed will channel his donation to Alwaleed Philanthropies, which has partnered with The Bill & Melinda Gates Foundation, The Carter Center and the Weill Cornell Medical College to strengthen health care and control epidemics around the world. While some have questioned the motivations behind the prince’s activism towards women and African aid, the scale of his latest move may alter the conversation around his efforts.