Here’s how India is getting serious about Wi-Fi 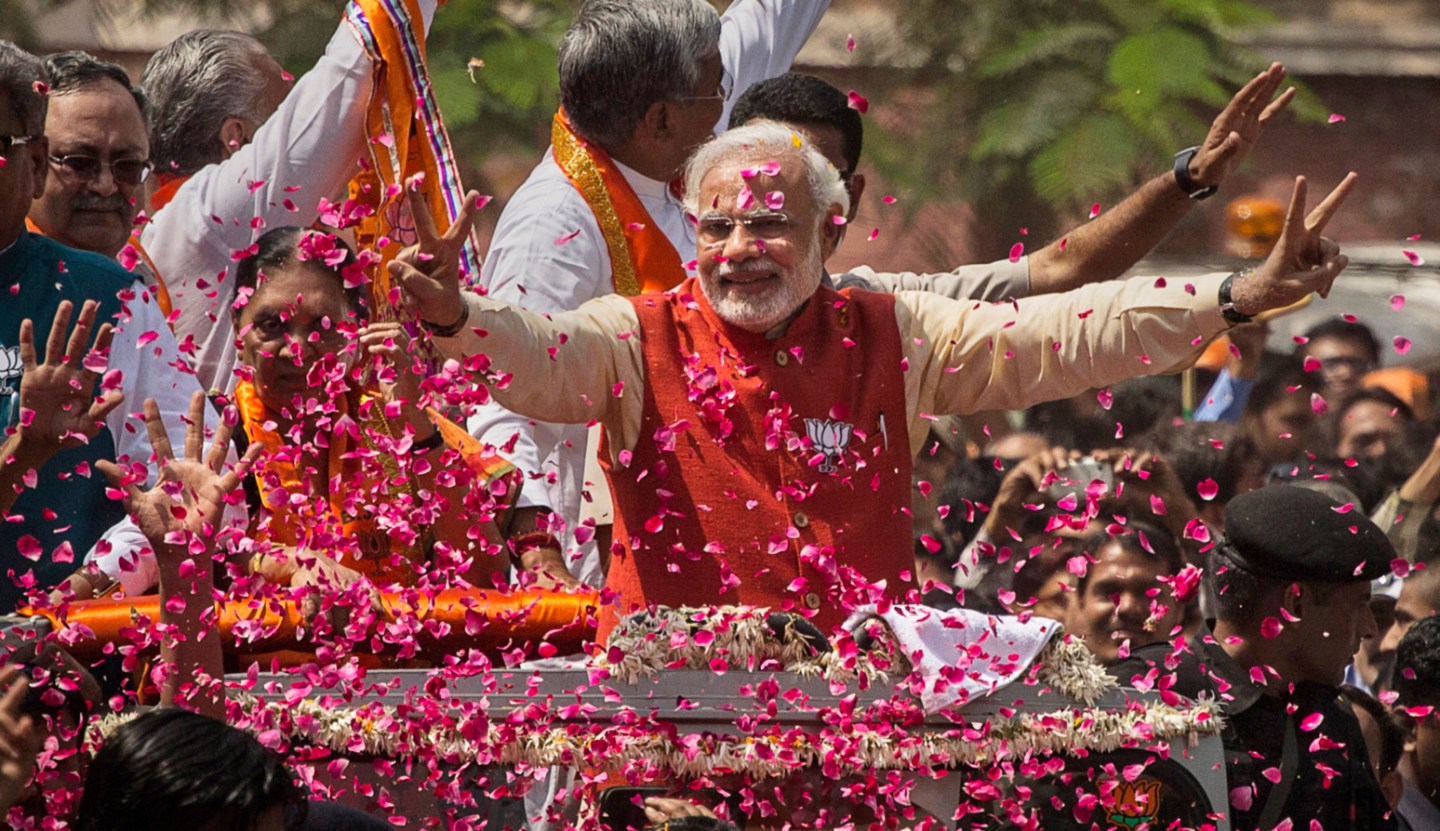 VADODRA, INDIA - APRIL 09: Supporters throw flower petals as Bharatiya Janata Party (BJP) leader Narendra Modi rides in an open jeep on his way to file nomination papers on April 9, 2014 in Vadodra, India. India is in the midst of a nine-phase election from April 7-May 12. (Photo by Kevin Frayer/Getty Images)
Photograph by Kevin Frayer — Getty Images

India’s Prime Minister Narendra Modi wants to make sure his country’s population can get fast Internet as soon as possible.

In fact, he’s pumping $18 billion into a campaign called “digital week,” which plans to do just that. The move comes after Wi-Fi became available at the iconic Taj Mahal palace for the first time.

“Now we are at a place where we can take off,” a spokesman for Communications and Information Technology Minister Ravi Shankar Prasad told Reuters. “The idea is to bridge the gap between haves and have-nots of services and deliverables.”

The plan’s goal is to create over 100 million jobs for Indian citizens.

In May, Modi, who is known for having a strong social media presence and being technologically savvy, grabbed headlines for clashing with Chinese social media users on the popular Weibo service.