MasterCard wants to let you buy stuff with your face 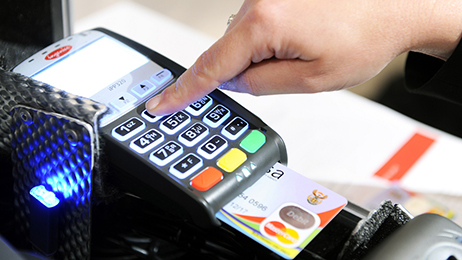 Forget your fingerprint – MasterCard is testing out a program that would let you make online purchases with your face.

The company will roll out a pilot program this fall giving customers the option of facial recognition as a way of making payments. Hold up your phone, see your mirror image inside a designated circle, blink once, and it’s done. ”

The new generation, which is into selfies . . . I think they’ll find it cool. They’ll embrace it,” Ajay Bhalla, MasterCard President of Enterprise Safety and Security, told CNNMoney.

The facial recognition test is a part of the company’s grand vision to do away with passwords for online payments. MasterCard previously outlined a future where static passwords are replaced by biometric scans, voice recognition and a wristband which authenticates a cardholder through their unique cardiac rhythm. With payments on mobile devices expected to represent 30% of all online retail sales by 2018, it pays for MasterCard to test out new ways of, well, paying.

MasterCard’s facial recognition will roll out to only about 500 users at first. Major hardware and software companies like Apple, Samsung, Google, Microsoft and BlackBerry are reportedly on board with the venture, along with two major banks. If it all goes well – and your phone can tell the difference between your unique face and that of your spendy baby brother’s – MasterCard could launch the feature publicly soon after.