Should you cancel that Greek vacation? 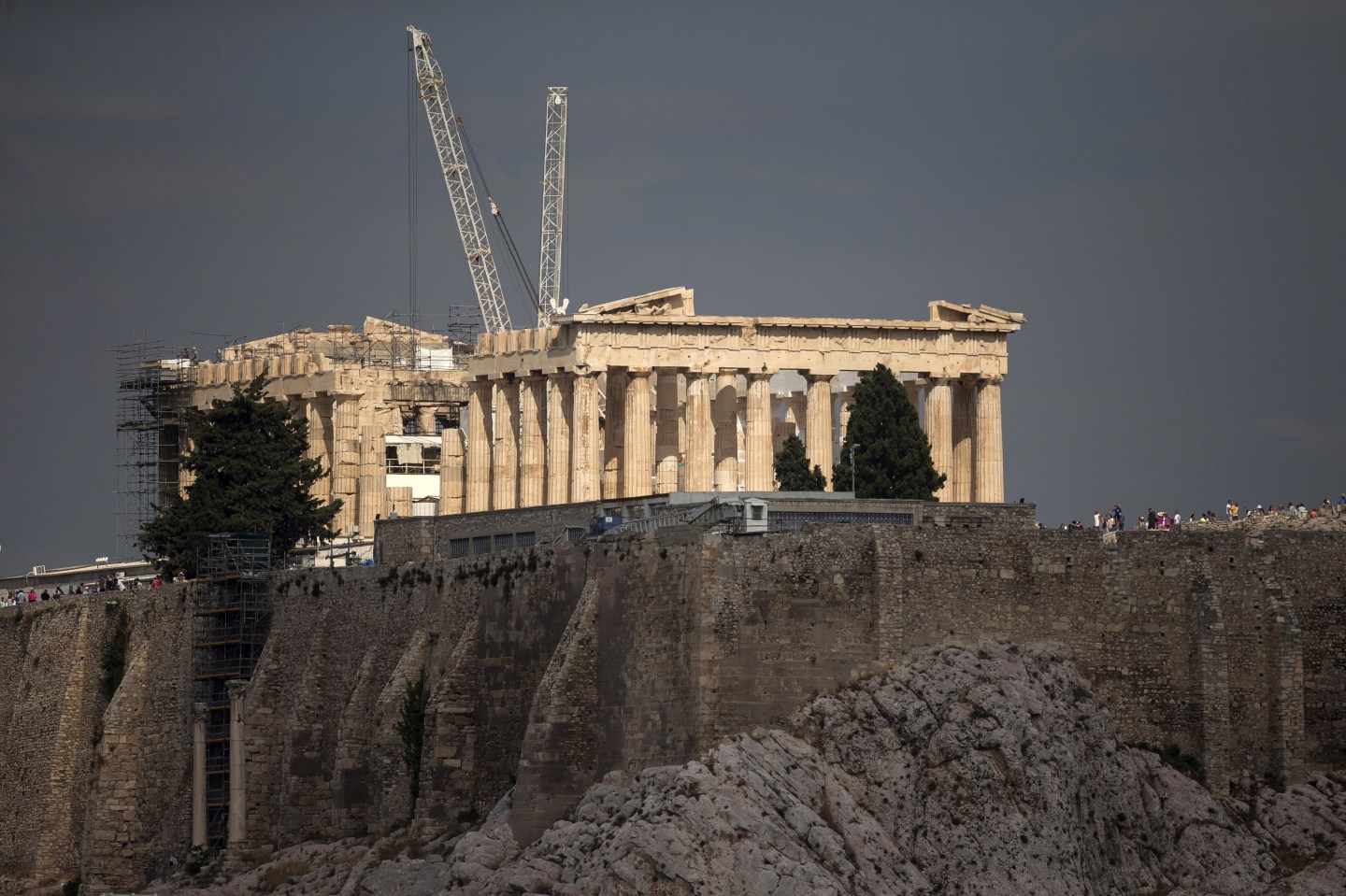 Greeks voted 'no' in a referendum, raising doubts about the country's future in the euro.
Photograph by Marko Djurica — Reuters

Like many other Americans, Lindsey Imus wants to know if it’s safe to visit Greece.

The Greek economy is in shambles. Unemployment is soaring, the economy is shrinking, and authorities are at an impasse with lenders over repaying the country’s ballooning debt.

Oh, and there’s a referendum this weekend that will determine whether Greece accepts new austerity measures or leaves the Eurozone. The whole drama sent shockwaves through the world’s stock markets earlier this week.

Should Imus, a law student from Philadelphia, still stick with her August plans to spend two days in Athens, followed by a tour of the Greek islands?

“Is there anything that we should be doing to prepare?” she asks.

The short answer: yes and yes.

For now, there’s no need to cancel your plans to visit Greece, but experts warn that you do need to take certain precautions. Those include avoiding potentially unsafe areas and securing enough currency. The U.S. Embassy in Athens has a succinct advisory on its website.

And if Imus is hoping for additional bargains later this summer, she may have to wait a while—Greece is already priced fairly aggressively, compared with other European destinations.

Is Greece safe for tourists?

Greece’s tourism attractions remain safe for visitors, but that doesn’t necessarily apply to the rest of the country. John Rendeiro, the vice president of Global Security and Intelligence at International SOS, a travel security company, says the country is on edge, given its fragile economy. “While it’s safe to travel to Greece, travelers should avoid all related protests as a precaution,” he says.

“The program sends out relevant warden messages—local email alerts for U.S. citizens abroad. These messages include information relevant to your travel, like time and place of protests or updates,” he says.

Can you get money from Greek ATMs?

Yes. But it depends on who is using the ATM. “For users of debit or credit cards issued in Greece, the government has imposed an 60 euro per day withdrawal limit from ATMs, as part of their capital control measures,” says Ashley Scarfo, a regional analyst at iJet, which provides travel security services to companies. “Holders of foreign-issued debit or credit cards are not subject to this cap.”

If you visit Greece, you may find yourself stuck in a longer-than-normal line to withdraw funds from an ATM, especially in a large metropolitan area. ATMs may run short on money in the coming days, Scarfo cautions. As a precaution, foreign tourists have been encouraged to bring extra euros when visiting Greece, especially in small denominations.

Will travel insurance cover a trip to Greece?

It depends. If you already have tickets to fly to Greece, and you want to call off the trip because you’re worried, the answer is probably “no.” The only exception is if you purchased a more expensive “cancel for any reason” policy, which will refund a percentage of your trip. If you bought a traditional “named exclusion” travel insurance policy, the faltering Greek economy would have to affect basic tourism services, such as your hotel, cruise line, airline or car rental company, for you to make a valid insurance claim. For now, that seems highly unlikely.

What about other attractions?

Besides longer lines at an ATM and warnings to stay away from protests, life pretty much goes on—at least according to tourism officials. The country “continues to guarantee the provision of high-quality services to its visitors, who have positioned Greece among the world’s leading destinations,” says Helen Iatrou, a spokeswoman for the Greek Tourism Confederation. As of now, there are no disruptions at tourist destinations, or in the operation of hotels and tourism-related activities. The latest political and economic developments affect local residents only, says Iatrou.

When will we see those bargains?

Things will have to get worse—as in Tunisia, where foreign tourists were slaughtered on the beach—before we see a countrywide fire sale. “They are always available as long as one looks for them, but in general there is no trend in reducing prices because of the specific financial issue,” says Spiros Gianiotis, publisher of Hellenic Travelling and Travelling News. He notes that the Greek economy has been teetering on the brink for five years, and it’s had virtually no effect on the quality of its tourism-related service.

What about long term, assuming Greece bails out of the Euro and its economy continues its downward spiral? Will prices fall?

“Depends how you measure long term,” says Gianotis. “Greece has been around for thousands of years. Just come and have a memorable time.”

That is perhaps one thing a Greek summer vacation can guarantee this year: that it will be memorable. For better or worse.